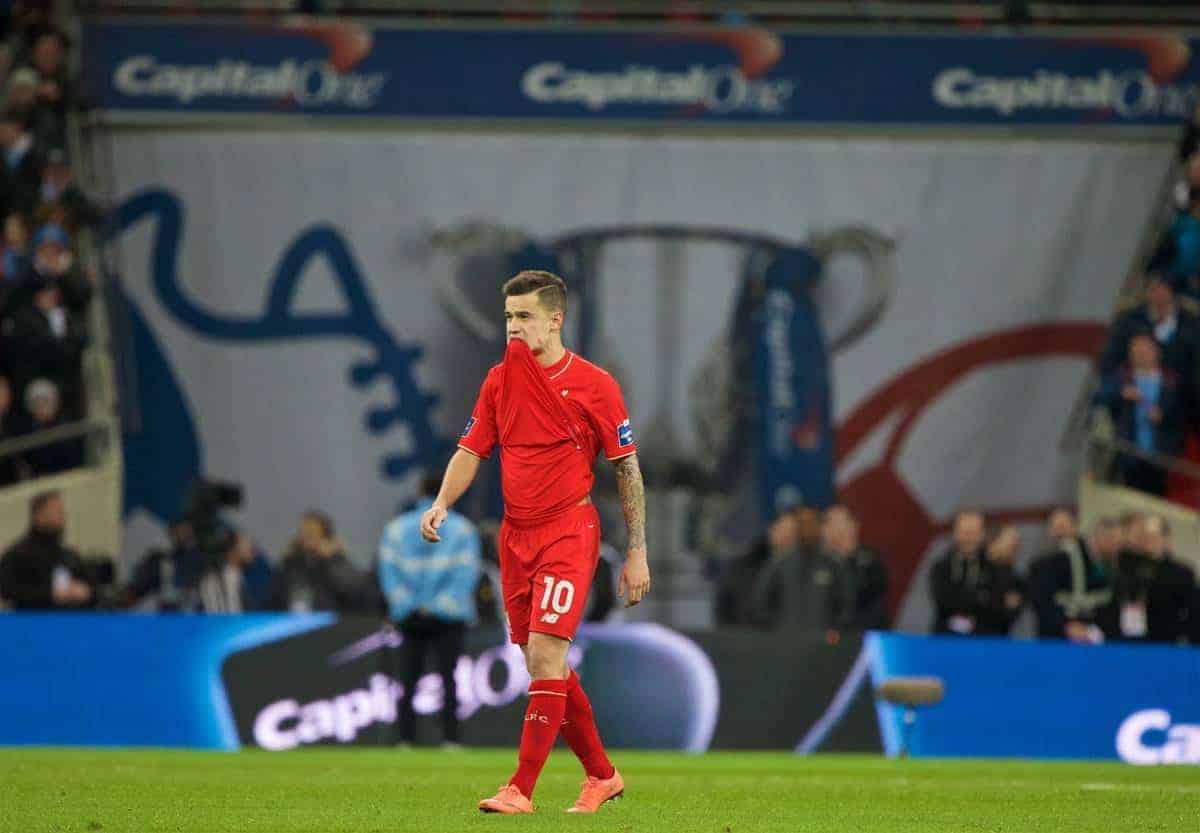 This served as a miserable end to what was a hard-fought contest for the Reds, and a real killing blow to their hopes under Jurgen Klopp.

Here is how supporters saw Liverpool’s 3-1 penalty-shootout loss to City in the League Cup final.

Most were, understandably, devastated following this bitter defeat…

I'm in absolute bits here, we really needed that. We can't get it wrong this summer, we can't keep getting it wrong. Heartbroken

Guess City deserved that anyways..devastating but it's football

Gutted. No shame to lose on pens but still horrible.

“Properly gutted by this, was so desperate for the first silverware of Klopp’s reign.”
– Zinedine Biscan on the forums.

What an embarrassing set of pens; like watching England #LFC

Absolutely gutted to have lost. Any nonsense over who did & didn't take a penalty is just that – nonsense. #LFC

If you fluff 3 penalties in a row after having a 1-0 lead, you don't deserve to win cups. Fair play to City, back to drawing board for us.

Have to question where Milner, Sturridge and Henderson were come penalties.

No penalty for Henderson? The #LFC captain and one of the main penalty takers last season. Must be the foot injury again.

Grim penalties them.. No conviction bar Can

Origi was his old club's main penalty taker. Milner is ours. And Studge our best goal scorer. All didn't take penalties. But…

Many applauded the Reds’ endeavour, in what was a testing 120 minutes of football…

Brave fight lads, they are better than us #YNWA

Liverpool were bound to lose a final shoot-out eventually. Disappointing, but positives to take

Obviously we're devastated but it was an entertaining final, and there will be more finals to come with Klopp. Mark my words. #LFC #YNWA

“What I loved was our spirit. We didn’t cave in. We went on and maybe it was that desire from inside that in a strange way kept the score even till the end of extra time. We always had a chance. A good one.”
– Mad about Red on the forums.

Needed two shootouts to get here, the luck ran out. Good effort though, Reds.

Always hurts to lose like that. We have Klopp..brighter days ahead. More finals to come.

While some commended a top-level display from City…

Can't deny the fact that City were the better side overall.

“City was by far the better team and deservedly won. What makes it frustrating is we were given hope in the shootout, only for it to be snatched away at the last moment.
“Any win from our side would have been a humongous smash and grab job though – we were thoroughly outclassed and could easily have lost 4-0.”
– MikeOscar on the forums.

Fair play to Man City though. Our own stupid fault for bottling the penalties.

Others turned their attention to Liverpool’s next hope: the Europa League…

We'll just have to win the bleedin' Europa League then

“Got to stuff the hideous Mancs now in the Europa.”
– AnfieldCat on the forums.