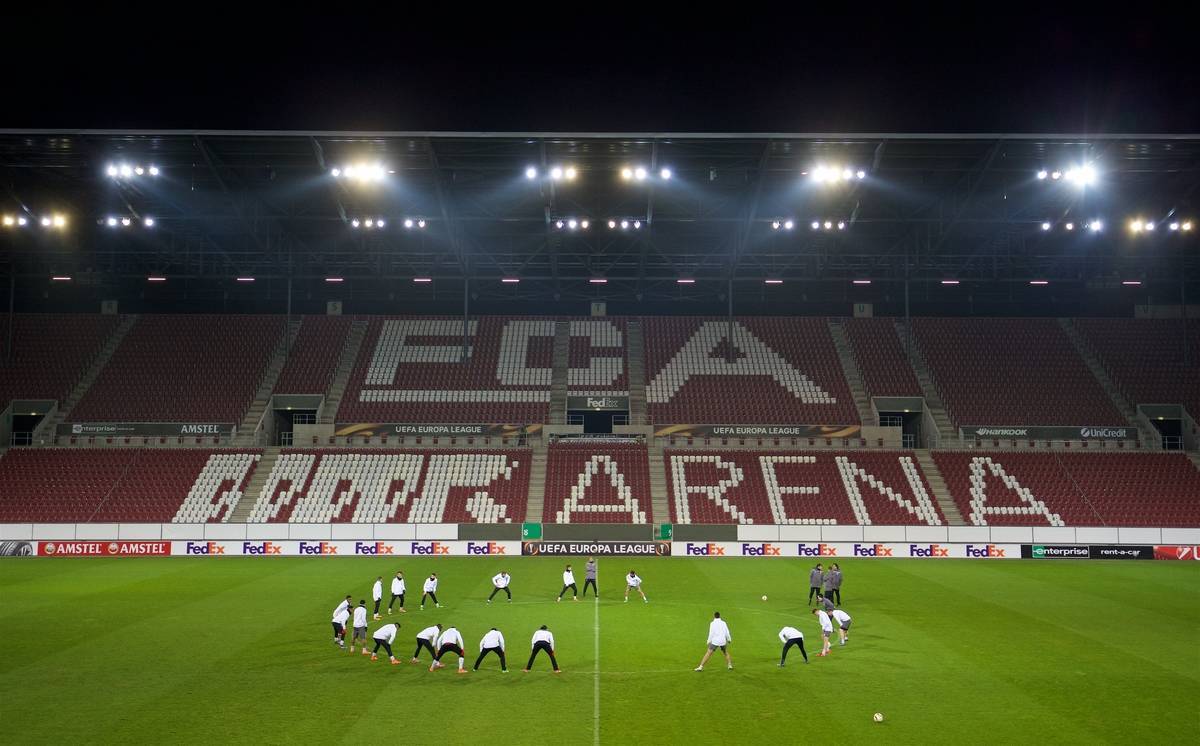 Liverpool are in Europa League action against FC Augsburg this evening (8.05pm kick off GMT).

Jurgen Klopp makes no changes to the side that beat Aston Villa 6-0 in the Premier League on Sunday.

That means the exciting attacking trio of Phil Coutinho, Roberto Firmino and Daniel Sturridge get their second outing together.

It’s the first time Klopp has named an unchanged team as Liverpool manager.

Liverpool will be keen to take a first-leg lead back to Merseyside for next week’s return leg, with the Anfield tie taking place just three days before the League Cup Final against Man City.

It’s also a strong looking bench, with Belgian duo Divock Origi and Christian Benteke joined by Jordon Ibe in attacking options. Lucas, Connor Randall and Steven Caulker are the other subs, along with keeper Danny Ward.

Follow and discuss the match in our live blog