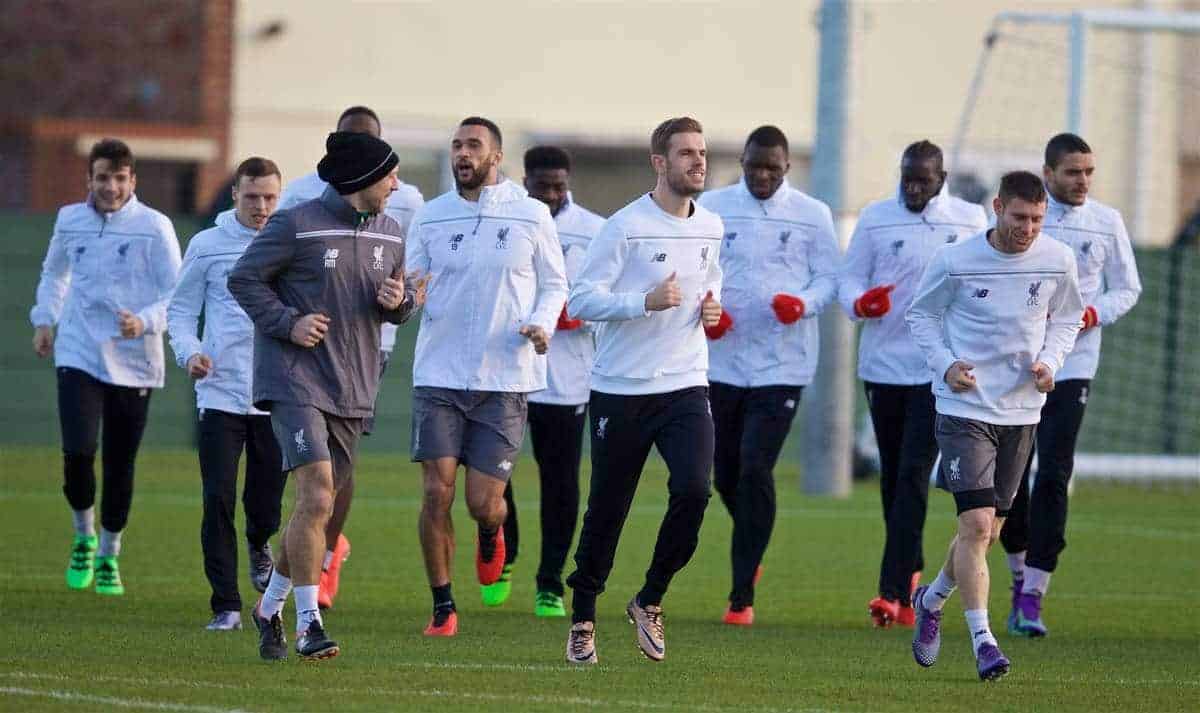 Addressing reporters at Melwood on Wednesday afternoon, Jurgen Klopp provided an injury update ahead of his side’s Europa League clash with Augsburg.

Liverpool welcome Markus Weinzierl’s Augsburg to Anfield on Thursday night in the second leg of their Europa League round-of-32 tie.

But while Weinzierl is struggling with something of an injury crisis, Klopp has fewer concerns when selecting his starting lineup, as he looks for a crucial victory and progress.

Sitting alongside Daniel Sturridge at Melwood, Klopp told reporters that, while Dejan Lovren, Joe Allen and Adam Lallana would all miss out against Augsburg, the striker would likely be joined by Philippe Coutinho in a starting role, in order to find a “rhythm.”

Importantly, and sensibly, this comes as Klopp stressed that he was not focussing on Sunday’s League Cup final at this stage.

“It’s pretty easy. Life makes the rules, if you think about the second step before you make the first step you will always fall down,” he said.

“If you think, for example, ‘leave this player out’ he will for sure be injured in the next session.

“We have to focus on this one then move onto the next one. “Dejan was one day in training now he is ill.

“So we have to look who can play on Thursday then we have three more days to think about Man City.

“Games [like this] for players like Phil or Daniel, it’s very important to play them for rhythm.

“You saw now they’re back it’s not the most consistent, highest level. That’s what we try to [reach].”

Martin Skrtel, Danny Ings, Joe Gomez, Kevin Stewart and Jordan Rossiter remain on the sidelines along with Lovren, Lallana and Allen, while Jon Flanagan is also unavailable on Thursday night.

But heading into a pivotal run of fixtures this week, Klopp finds his squad continuing to strengthen.

While Augsburg successfully stifled the attacking trio of Coutinho, Sturridge and Roberto Firmino at the WWK Arena last week, their display in Liverpool’s 6-0 win over Aston Villa days earlier proved how effective they can be.

As Liverpool continue to find rhythm heading into the business end of the season, Klopp will be hoping his star players can work their way towards top form.