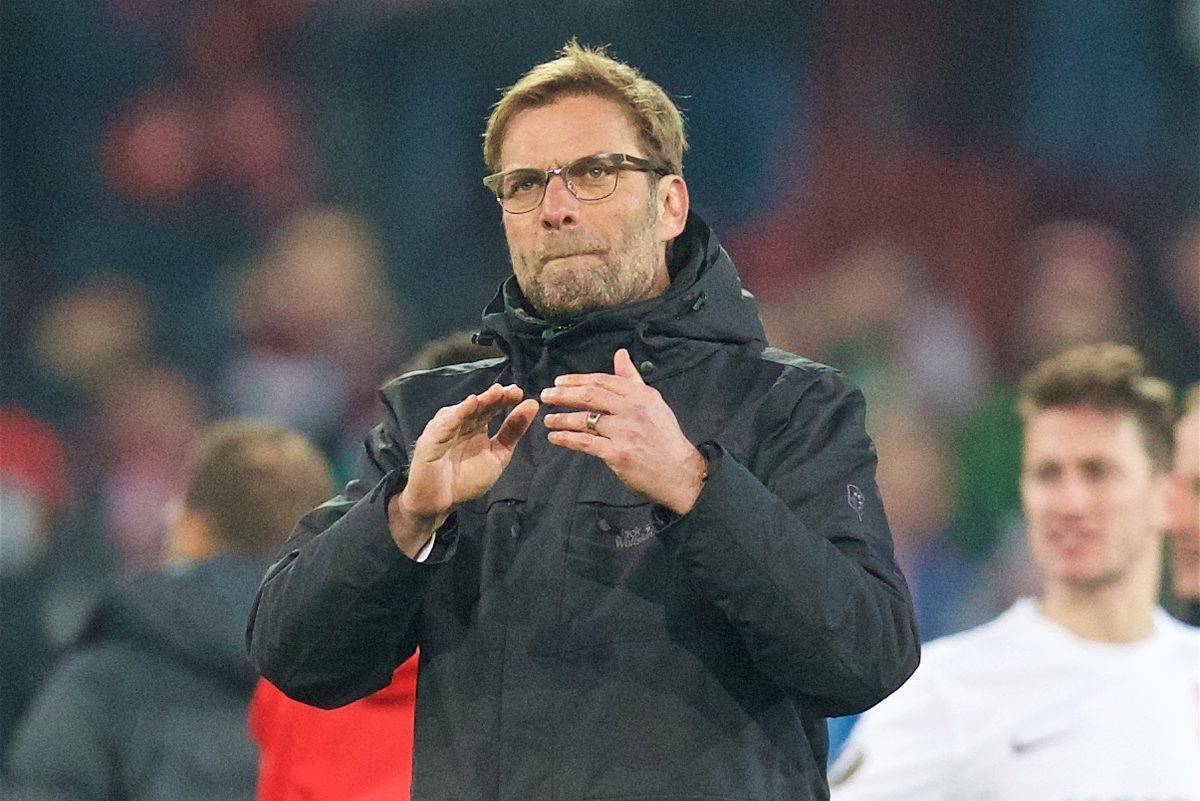 Liverpool manager Jurgen Klopp admits he was less than satisfied with his side’s goalless draw in Augsburg.

The German’s first return to his homeland fell a little flat in the first leg of their Europa League last-32 tie as they struggled to create chances against a side sitting 14th in the Bundesliga.

Striker Daniel Sturridge had the best chance early in the second half but fluffed his kick six yards out.

It makes the second leg next week, just three days before a Capital One Cup final against Manchester City, a challenging affair.

“Doing the right thing at the right moment is important – we had a few good moments and in the second half we had three or four really good moves.

“My problem is that I think, with our quality, we should do better, but I have to be patient.

“It’s not too easy to find the right words. I could say it’s a draw, 0-0 away game, everything is ‘Okay, we can win at home, everything’s cool’, but in our situation I’m always interested in the performance.

“We had great chances early on, good moments, good passing in second half, but other moments I wasn’t happy with – it’s 0-0 but I am not 100 per cent satisfied.

“You saw the moments when we played the wrong pass, lost patience, took the wrong decisions.

“I could say ‘0-0 top result, let’s go home’ but it’s important we speak about this as a team as things could improve.

“It is a good result and we can use it, but I want that we play more often at that level.”

Liverpool have a weekend off as they are not in the FA Cup but Klopp was confident about the challenge of managing the return leg with a trip to Wembley on the horizon.

“A strong team in second leg? Yes, I think so. Maybe it’s a different team, but we should not think too much about the final,” he added.

“I will not ignore it (the final) of course but it doesn’t complicate my plans.

“We should be concentrated Thursday and Sunday will take care of itself.

“We need to improve on things. We have a big final ahead of us.”

Augsburg coach Markus Weinzierl was definitely the happier of the two managers at the final whistle.

“Obviously we would have loved to have won but a draw is a great result,” he said.