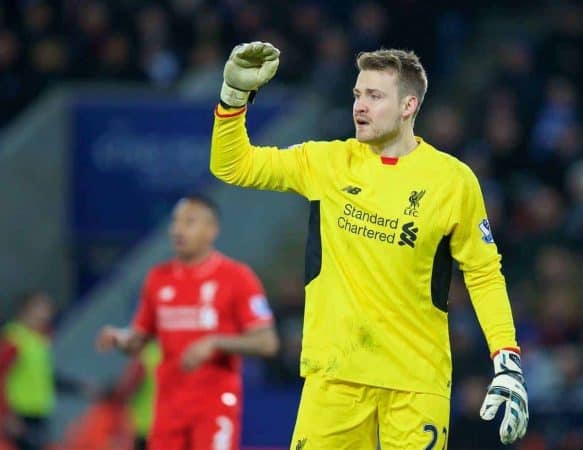 Liverpool’s defeat to Leicester City on Tuesday once again outlined how far the Reds have fallen in terms of quality, with average signings galore.

Before the game, it was easy to look at Liverpool and Leicester‘s respective starting elevens and just assume that the Reds were stronger. We are Liverpool Football Club at the end of the day, right?

As the game panned out, with the Reds beaten with relative ease in the end, a dawning realisation suddenly came to the fore: Liverpool are no better than Leicester, player-for-player.

Kasper Schmeichel is a superior goalkeeper to Simon Mignolet; Christian Fuchs is a more dependable left-back than Alberto Moreno; N’Golo Kante is a more influential defensive midfielder than Lucas Leiva.

The Reds do have a few gems in their ranks when on form – Philippe Coutinho and Roberto Firmino, in particular – but Jurgen Klopp has inherited a squad littered with mid-table players.

Of the eleven Liverpool players who started proceedings at the King Power Stadium on Tuesday, almost half were acquired from a side generally seen as mid-table or lower.

Mignolet and Jordan Henderson were both purchased from Sunderland, in 2013 and 2011 respectively, while Nathaniel Clyne, Dejan Lovren and Adam Lallana have all joined from Southampton in the last 18 months or so.

Even James Milner, who was a solid player for two-time Premier League winners Man City, arrived at Anfield a little past his best last summer. He certainly wasn’t a major signing of intent.

Realistically, Lucas is also now nothing more than an average Premier League player at best, and would not stand out in Sunderland‘s midfield, for example.

These aforementioned players were, of course, brought in by the Reds because they were big stars at smaller clubs, but does that make them good enough for Liverpool?

Their current league position would suggest not, and while it would be wrong to completely write off some very good footballers, the lack of truly top class new faces in recent years is a worry.

The need for proven players

One of Liverpool’s biggest downfalls in the Brendan Rodgers era, and even before that, was that he and FSG just didn’t sign enough players who were proven at the very highest level.

Daniel Sturridge and Coutinho were both gambles that paid off handsomely, while Mamadou Sakho was still raw, despite captaining Paris Saint-Germain as a teenager.

Milner and Kolo Toure had both enjoyed highly impressive careers prior to their arrivals on Merseyside, but as touched upon above, their best days were behind them.

Firmino is a brilliantly talented footballer who may well become a future Liverpool icon, but even he only came from Hoffenheim, and was not on the radar of Europe’s elite.

There hasn’t been a single player signed who was between 25 and 29 years of age, with a proven track record at a club similar to Liverpool’s stature. That is very damning.

The hope is that Klopp is the man to address this issue, and the pulling power that he has can only bode well going forward. Attempting to sign Alex Teixeira from Shakhtar Donetsk last month was certainly a signal of intent.

The thought of the Reds bringing in Marco Reus of Ilkay Gundogan was simply a pipe dream prior to the German’s arrival, but it is now a possibility.

For Liverpool to get themselves out of this mid-table slump, huge changes are needed in terms of personnel, and FSG’s transfer policy needs to be altered.

As is often the case with articles of this nature – being critical of the team does not always tend to go down well – it is important to stress that these are far from terrible current Liverpool players we are talking about.

To even be a mid-table Premier League footballer means you are hugely talented in the grand scheme of things, but that step up to one of the real heavyweights of English football is enormous.

So many have tried and failed in this decade – Charlie Adam went from looking sensational at Blackpool to a pub player at Anfield – but very few have ever looked at home in a Reds shirt.

Mignolet, Lovren, Lallana and Christian Benteke certainly appear to be current examples of those just not quite up to it, but others do buck the trend.

Henderson has made gigantic strides over the years, and while his current form is a long way short of his best, he has been a definite success story.

Clyne has also fitted in seamlessly at right-back since his move from Southampton, and should only improve in the years to come.

The likes of Sakho, Moreno, Can and Firmino are certainly worth persevering with, and should all remain key figures under Klopp, but none are absolute shoo-ins to be long-term regulars.

This summer can’t come soon enough in a lot of ways, with Klopp set to embark on what we hope is a momentous few months in the transfer market.

The 48-year-old will know more than anyone just how much much mediocrity there is in his squad, and he will be ruthless in getting rid of anyone not up to it in his eyes.

It is a desperately sad sight to see Liverpool languishing in eighth in the Premier League, but when you look at their players, it should come as no great shock. 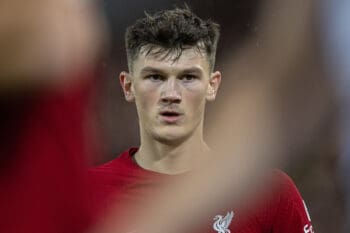