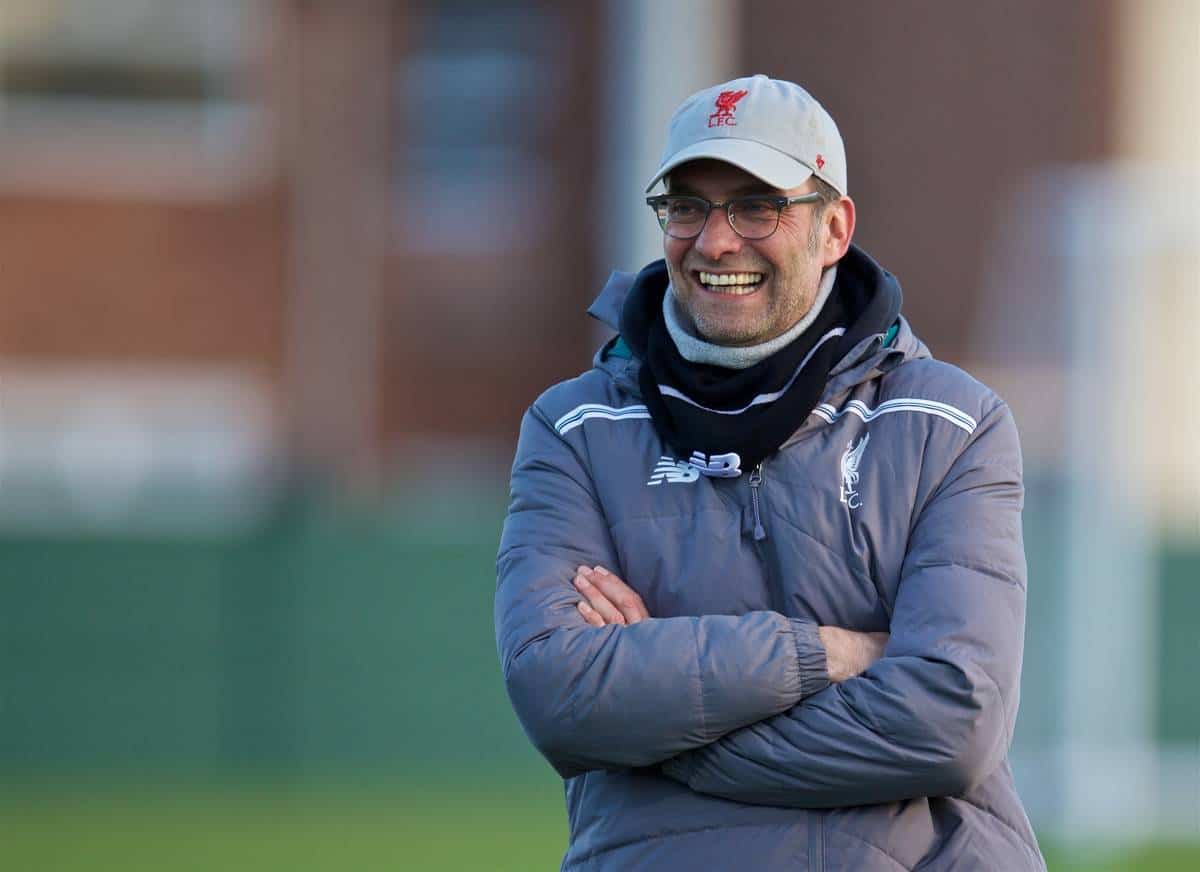 Jurgen Klopp‘s side have enjoyed a rare week off, with no FA Cup commitments last weekend, and they should be in good shape ahead of the Anfield showdown.

The first leg was a long way from a classic, but there was a defensive discipline that we have not seen enough from the Reds in Europe in recent years.

Liverpool are favourites to make it through the tie, and Klopp has indicated he will not select his side with Sunday’s League Cup final in mind. “If you think about the second step before the first step you will always fall down,” he said at his pre-match press conference.

Klopp has generally been excellent with his team selection since taking charge of the Reds back October, and he will no doubt have a plan of action.

It is important that Sunday does not act as too much of a distraction, though, and overcoming a potentially stubborn Augsburg side is of paramount importance. As mentioned above, Liverpool haven’t played since last Thursday’s first-leg, but prior to that their form had been inconsistent.

The 6-0 mauling of Aston Villa was a great example of the Reds at their fluent, brilliant best, but the sloppy 2-2 at home to Sunderland also highlighted their deficiencies.

Four wins, three draws and three losses in their last 10 matches, in all competitions, sums up Liverpool in 2015/16 to date.

Having been in poor form, Augsburg prepared for their trip to Merseyside with an important Bundesliga win away to bottom-of-the-table Hannover.

It was their first victory in five matches, with Ja-Cheol Koo scoring the game’s only goal.

Markus Weinzierl’s side now sit 13th in the league, and will be desperate to climb the table to a more respective position between now and May.

With key figures all fit, it is no surprise to see the bookies heavily tipping a Liverpool win.

Klopp’s men are strong 4/9 favourites to win inside 90 minutes, the draw is 15/4 and Augsburg are a long shot at 7/1. Sturridge and Christian Benteke are both 7/2 to score first, with Divock Origi 9/2.

That would suggest that Sturridge may well be wrapped in cotton wool ahead of the League Cup Final, with Klopp confident of victory without him. Barring long-term absentees such as Joe Gomez, Danny Ings and Martin Skrtel – the Slovakian is nearing a return – Liverpool are suddenly looking healthier in the injury department.

Dejan Lovren is ill, though, having recovered from injury, while Joe Allen and Adam Lallana are both still missing with respective problems.

Augsburg, meanwhile, are experiencing something of an injury crisis.

Key man Raul Bobadilla has been ruled out after picking up an injury in the first-leg, while midflieders Daniel Baier and Markus Feulner are also on the sidelines.

Manager Markus Weinzierl is also without the quartet of Jeong-Ho Hong, Jan Moravek, Piotr Trochowski and Jan-Ingwer Callen-Bracker – all important members of the first-team squad.

Sturridge expressed his happiness at being back fit again, but spoke strongly about those who have criticised him in recent times:

I’ve always had my family, friends and Liverpool with me. I am happy to be playing and that’s all that matters.

I’m determined to help Liverpool have some success and of course I want to be on the pitch playing, it hurts when I can’t.

It’s important everyone’s ready for the next two games, hopefully we can get the jobs done.

I don’t listen to social media. To say a player doesn’t want to play is the biggest disrespect you can say to any footballer.

It’s good you had the chance to speak to Daniel. A few things are clearer now – his future. You can stop thinking about this.

[Daniel] is a really good footballer and now he is able to play which is what we want to see all the time.

Thursday’s match is live on BT Sport Europa from 6pm (GMT), with Napoli’s interesting-looking clash at home to Villarreal following it.