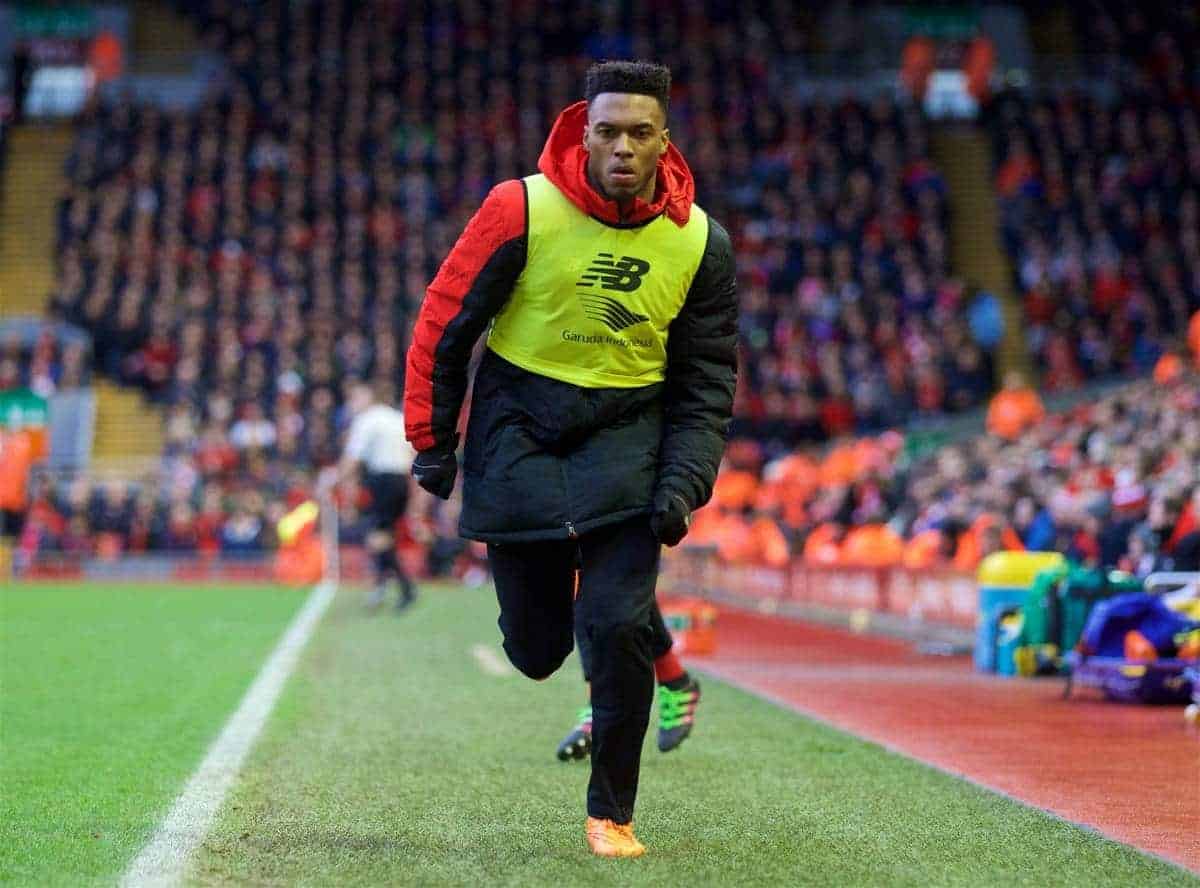 Jurgen Klopp has suggested that he will not make wholesale changes to his side for Tuesday night’s FA Cup fourth-round replay at West Ham United.

Daniel Sturridge made his return to the matchday squad for Saturday’s 2-2 draw with Sunderland, after a long spell on the sidelines, but did not feature following early injuries to Dejan Lovren and Joe Allen.

But as Klopp prepares his side for an important FA Cup replay against West Ham, the England striker could be involved, alongside fellow returnees Divock Origi and Philippe Coutinho.

It is unlikely that all three will start, however, with Klopp preparing a “different lineup” to that which drew 0-0 with the Hammers last time out.

“We didn’t decide until now about the lineup,” Klopp explained.

“[Sturridge] was fit enough to be on the bench, and impressive in the last session [on Friday].

“He said he would like to [play vs. Sunderland], but there was no possibility to with the two early changes.

“Extra time is possible, so it’s complicated with changing, we have to see who will start—they can’t all start together.” Klopp made seven changes to his starting lineup for the initial tie with West Ham at Anfield, with Simon Mignolet, Nathaniel Clyne and Lovren all included.

But looking to secure progress to the fifth round, and an away clash with Blackburn Rovers, Klopp hinted at a stronger selection on Tuesday.

“It was always about availability. We’ll have 20 players in training, we have 38 players in our squad,” he said.

“Today a few players are off, and tomorrow we will make a squad for the game, but it’s not like [the third round vs.] Exeter.

“We will have a different lineup [to Exeter].”

The German continue by revealing who may keep their places in the lineup, but said that the impressive Cameron Brannagan would miss out through illness.

“Cameron Brannagan is ill, that’s a shame for him because he played really well. But the other players did a really good job,” he continued.

“Each game for us is very important, so we will try to find a lineup to defeat West Ham. We saw what we’re able to do [last time].”

It is likely, therefore, that Clyne, Brad Smith and Kevin Stewart will start, while the prospect of either of Sturridge or Coutinho making their long-awaited return will be a tantalising one for supporters.

Klopp may need the firepower of Sturridge in particular to breach what is a resolute Hammers defence.