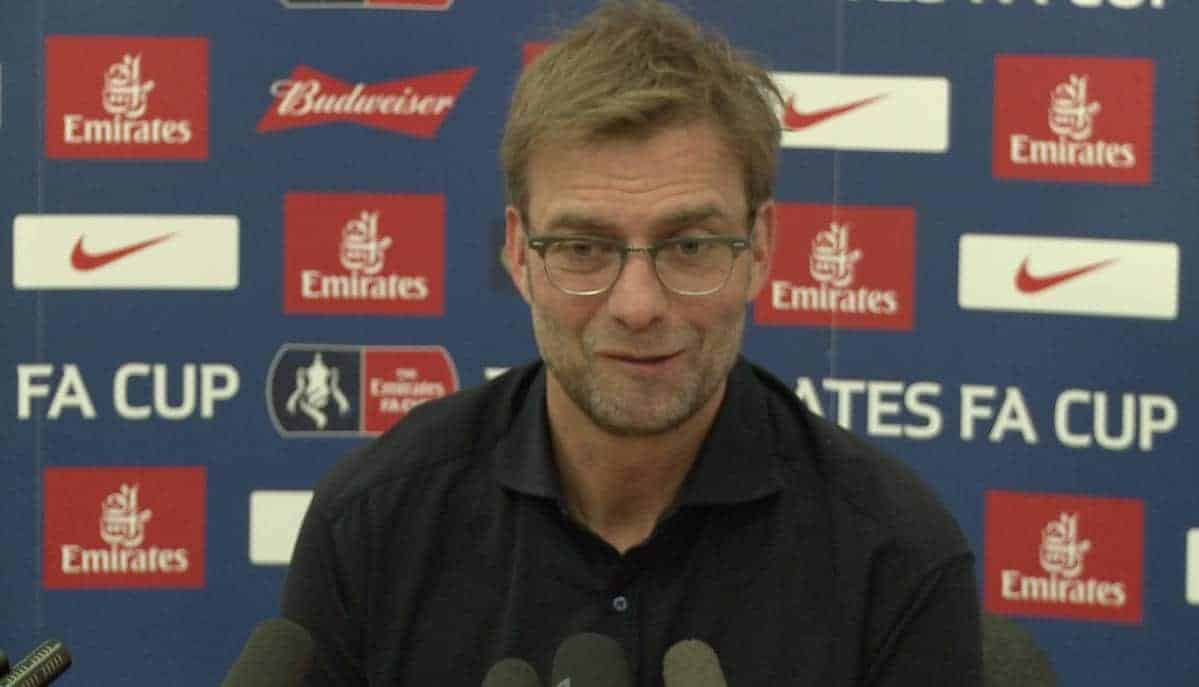 After a 0-0 draw at Anfield last time out, Liverpool travel to east London to take on Slaven Bilic’s West Ham, with a place in the fifth round of the FA Cup at stake.

Making a successful recovery from an operation to remove his appendix on Saturday, Klopp returned to action on Monday, addressing reporters ahead of his side’s clash with the Hammers.

Klopp discussed the supporters’ protest at Anfield in Saturday’s 2-2 draw with Sunderland, before moving on to first-team matters.

The German revealed that Daniel Sturridge, Philippe Coutinho and Divock Origi could all return from injury to feature.

The attacking trio are unlikely to be all risked from the start, as Klopp looks to advance to a fifth-round clash with Blackburn Rovers by naming a strong side.

Despite this, Klopp stressed his faith in the club’s youth ranks, after an inexperienced side held West Ham in the initial tie:

“Never in my life have I had a problem with confidence!

“It’s easy to be brave against [third-round opponents] Exeter [City], but it was necessary against West Ham.

“Cameron Brannagan is ill, that’s a shame for him because he played really well.

“But the other players did a really good job.

“Each game for us is very important, so we will try to find a lineup to defeat West Ham.

Liverpool take on West Ham at the Boleyn Ground at 7.45pm (GMT) on Tuesday evening, and Klopp will be desperate for his side to secure victory.