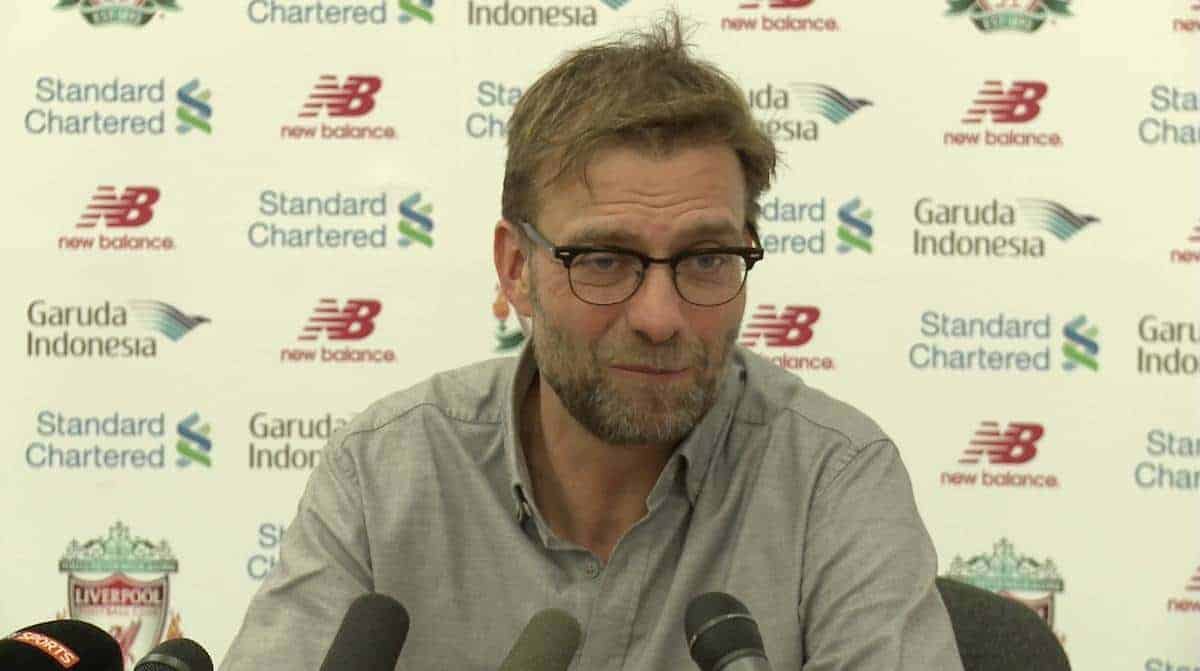 Klopp was first asked about the breaking news that Pep Guardiola has been confirmed as the new Manchester City manager from this summer. Klopp, of course, went head to head with the Spaniard while as manager of Borussia Dortmund.

Attention then moved to the transfer deadline, with the Reds’ boss admitting he wasn’t expecting any new arrivals on Monday. “You can finish work for the day,” he told reporters.

Klopp did though inform that the quartet of Philippe Coutinho, Daniel Sturridge, Divock Origi and Martin Skrtel are all due to return to training this week – joking that they are his new signings.

Sturridge is due to take part in full training with the rest of the squad on Wednesday – for the first time this year.

“Daniel on Wednesday, the other two guys on Thursday, Martin I think on the weekend.”

There were also questions about Tuesday’s opponents, who Liverpool beat at Anfield on Boxing Day. The Foxes currently lead the Premier League table by three points.

Liverpool won 3-1 at the Walkers Stadium last season and a similar result on Tuesday would go a long way to improving their inconsistent league form.

Leicester City vs. Liverpool kicks off at 8pm GMT on Tuesday.