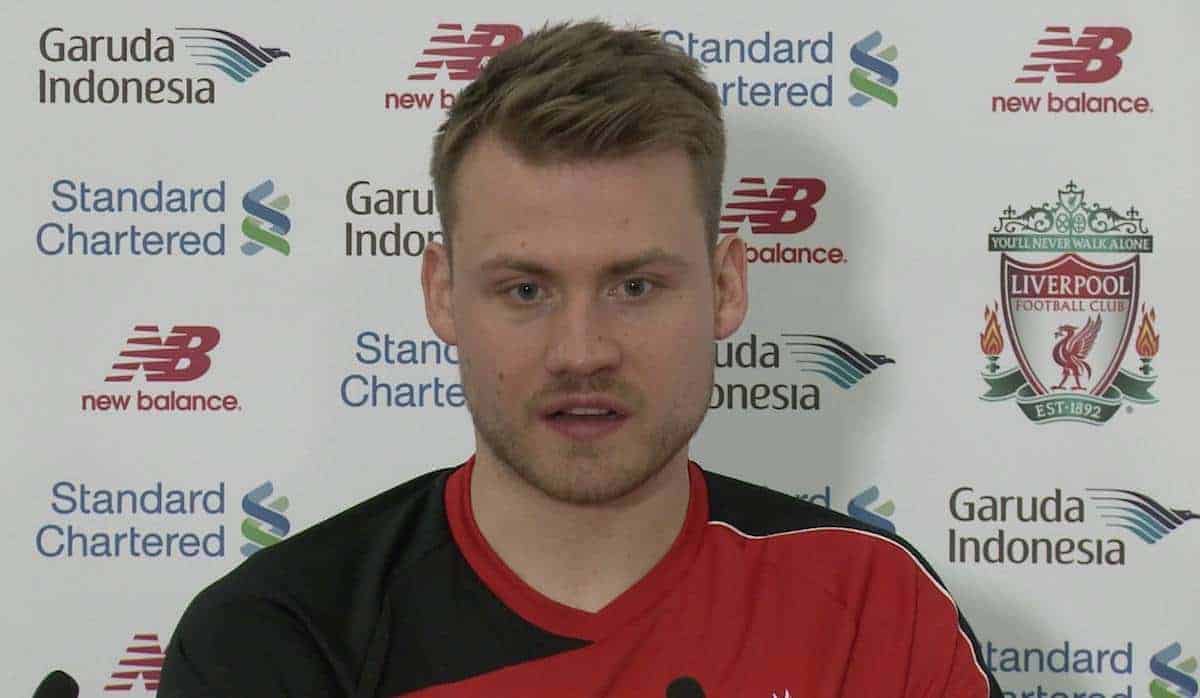 Mignolet is set to start in goal at Wembley Stadium on Sunday, and will be hoping to help his side to their first piece of silverware since the arrival of Klopp in October.

Klopp has brought a wealth of experience to Merseyside, after seven years with Borussia Dortmund, and speaking to reporters on Friday afternoon, the goalkeeper agreed that this could prove influential against City.

“He’s got experience of playing finals, both domestically and in Europe, so he knows what it is to play a final and be there,” he said.

“But in the end it’s down to the players who have to play the game, and have to do the job on the pitch.”

Similarly, Liverpool’s experience of defeating City in the second month of Klopp’s reign, in a 4-1 win at the Etihad Stadium in November, can help inspire the Reds on Sunday.

But Mignolet believes it would be naive for Liverpool to rest on their laurels as a result.

“Every 90 minutes in every football match is completely different,” he continued.

“We showed there that we can win against Manchester City, we learned a lot of things.

“But I’m sure Manchester City did the same.

“It’s a final, first of all—that’s always something different.

“Secondly, every game is completely different, and therefore on Sunday we won’t think about what happened in the previous game.” Furthermore, according to Mignolet, winning the League Cup would mark another step in the right direction for the Reds.

“Every since I arrived here, in the first year we battled for the Premier League until the last game of the season, and in the second year we managed to play two semi-finals,” he explained.

“So it’s another step in the right direction, playing a final.

“Hopefully together with the rest of the team, we’d like to try and win that game.

“But we have to look into it professionally, don’t get flustered by the occasion, and make sure we perform on the day.

“Then hopefully that will be enough to win the medal and win the trophy.”