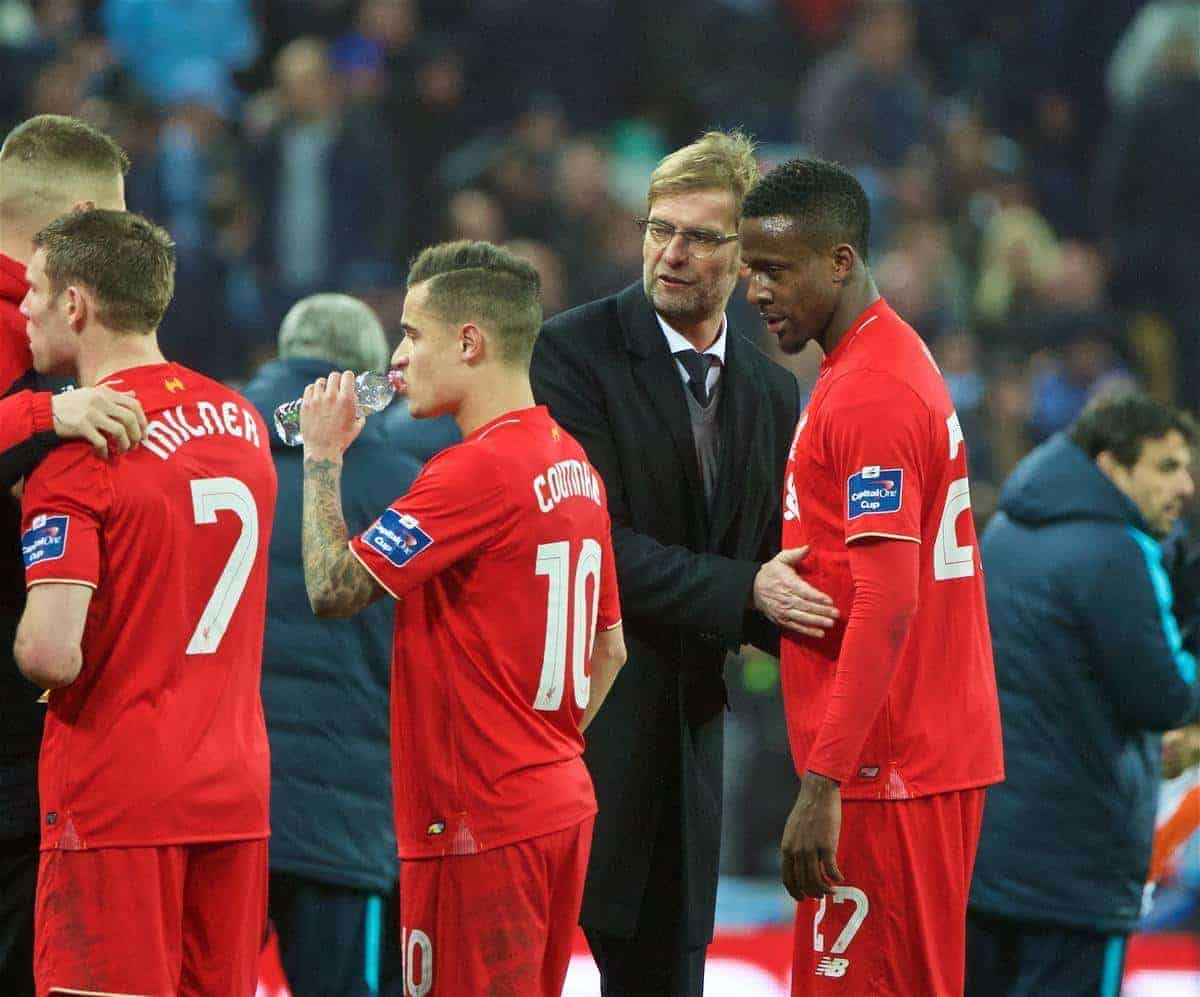 Jurgen Klopp is expected to make several changes to his Liverpool team as the Reds look to take revenge against Man City in the Premier League. The clash offers the Reds the perfect chance to respond instantly to a deflating loss, by claiming a welcome three points that would at least provide some positivity and a confidence boost to Klopp’s downbeat squad.

With the match little over 72 hours after the gruelling Wembley showdown, Klopp is set to freshen up his side and a number of changes to the starting XI from the cup final are likely to transpire.

Klopp confirmed he will play the strongest team available against City, but did say: “It’s about who is fit enough to go into what will be a really intensive game.”

This suggests a much changed Reds XI will be seeking the best possible response at Anfield, which could see Lovren and Flanagan replace Toure and Moreno in defence.

Allen’s freshness is likely to see him enter into midfield, ideally for Henderson, while Lallana and Origi both should feature in attack in, with Milner rested and Sturridge preserved.

Five changes to the team from Sunday would see Liverpool line up like this on Wednesday night: Skrtel could resume his partnership with Lovren at centre-back, with Flanagan and Smith completing the back four.

The midfield and attack almost picks itself due to those needing rest and recovery time, but Klopp could switch the set-up into a midfield diamond and two up front, as he turned to at Wembley.

Seven changes and a system switch would see the Reds line up like so come 8pm kick-off time: There may not be the silverware riding on the Anfield game as on Sunday, but victory over the Citizens would certainly be sweet.