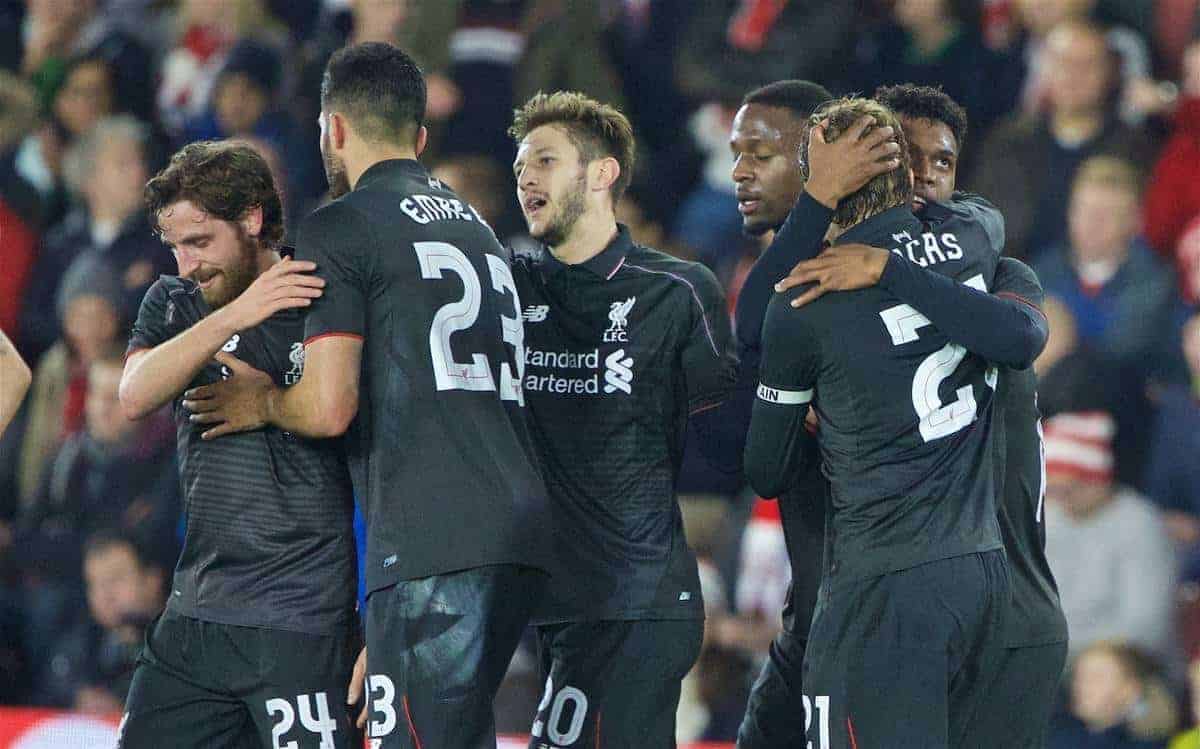 Liverpool return to Premier League action against Southampton, and we take a look at how Jurgen Klopp could line up his side on Sunday afternoon.

The Reds arrive on the south coast looking to build on successful European exploits by continuing their positive league form.

Another big game faces Liverpool as they resume their fight to win Champions League football any way they can against Ronald Koeman’s team at St Mary’s, where the Reds have had some thoroughly enjoyable trips in recent times.

After an “intensive” 90 minutes at Old Trafford on Thursday and little room for error as the Reds play catch up, Klopp is likely make some changes but keep a strong team in search of a fourth straight league win.

The Reds XI vs. Southampton

Changes are likely to be forthcoming but Klopp is unlikely to make many with the Reds needing a strong side to grab another vital three points.

Milner’s suspension and Moreno’s injury is set to see Flanagan start, and keeping with the same midfield and attacking support with it the strongest possible, fresh legs up front could be provided by Origi entering in place of Sturridge.

In the usual 4-2-3-1 set-up, two changes could see Liverpool lineup like so: Klopp could opt for a slight further change of personnel, and shape at St Mary’s.

Having romped to the memorable 6-1 win over Koeman’s men in December with the 4-4-2 diamond, the Liverpool boss could revisit it on Sunday.

Keeping with the same back four, Allen could provide freshness in Henderson’s place if the captain is unwell, with Origi doing the same alongside Sturridge – reforming the partnership that saw the duo net five of the six goals scored in the League Cup hammering.

Alterations to the team and system would see the Reds look like this come 1:30 kick off time: A difficult game faces Klopp’s side against the Saints, but with fourth place in sight Liverpool must make it a fourth straight win on the south coast.