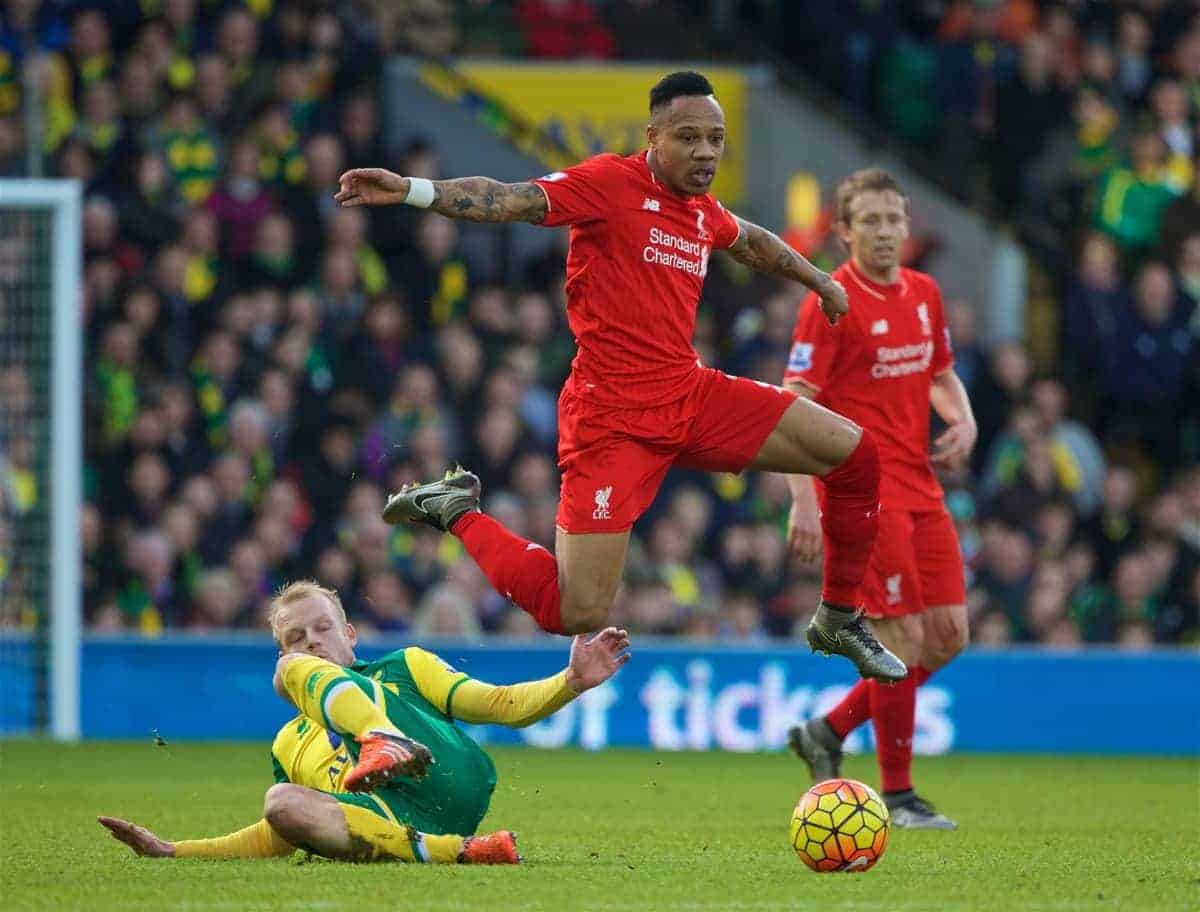 Nathaniel Clyne says he signed for Liverpool because of matches like Thursday’s against Man United, and believes the Reds are due a win against their biggest rivals.

Liverpool and United face-off in the first-leg of their Europa League last-16 clash this week, in what is their first ever meeting in Europe.

The Reds have endured a miserable run against their arch-rivals in recent times – four straight defeats – and have not beaten the Reds Devils since the 3-0 win at Old Trafford two years ago.

Clyne is confident that Liverpool can end their poor run against United, and says these are the kind of nights he signed up for when moved to Anfield last summer.

“This is why I signed for such a big club – to look forward to nights like this,” Clyne says.

“Hopefully we’ll complete the job that’s there for us. It’ll be good for the fans if we can beat our rivals in Europe and that’s what we’re looking to do.

“Everyone loves to play European football so it’s going to be exciting up against our rivals United. I think we owe them from the Premier League games, which we probably should have got more out of.

“But we have time now to put things right and make sure we progress through the cup.

“We’ve just got to keep fighting to the end. We know we can create chances and if we’re solid in defence we can stop their attack.

“Hopefully we can get the goals and get a good result going into the second leg.

“We need to take it to them, especially in the first leg when we’re at home. Try and get some goals but also keep a clean sheet, which is the most important thing.”

Clyne has proved to be a successful signing since arriving from Southampton, bringing great defensive solidity at right-back and attacking thrust when needed.

Having been rested for the 2-1 win at Crystal Palace, he will likely be recalled against United, with Jon Flanagan not eligible to play in the Europa League.

QUIZ: How well do you know the Liverpool vs. Man United rivalry?