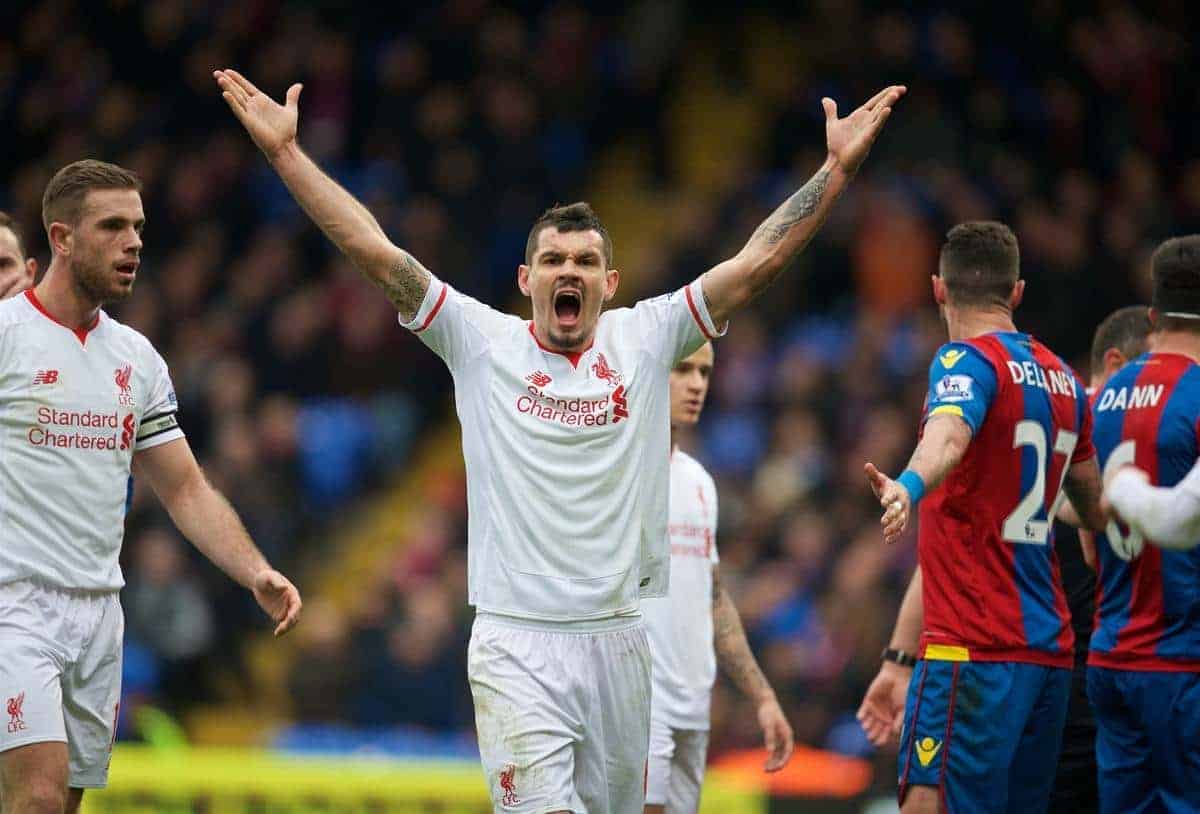 As Liverpool battled back to win 2-1 away to Crystal Palace on Sunday afternoon, Dejan Lovren and Emre Can were the players to stand out.

Despite conceding a goal early on in the second half at Selhurst Park, with Joe Ledley powering home a loose ball, Liverpool produced a resolute defensive display in Sunday’s 2-1 victory.

This included strong turns from Lovren, alongside Mamadou Sakho at centre-back, and Can, who shone in his role at the heart of the midfield.

These dominant showings earned Lovren and Can a shared Man of the Match award as supporters rated Liverpool’s performances after the game.

The pair currently boast a rating of 7.8 each, 0.6 more than any player.

Match-winner Christian Benteke, who won and converted the deciding penalty at the death, comes closest to Lovren and Can, rated at 7.3, showing intent in a central attacking role.

Just behind Benteke comes the striker’s compatriot, Simon Mignolet, with 7.2, and fellow forward Roberto Firmino, with 7.1.

Remarkably, no other player has been rated above 6.9, with Adam Lallana‘s 6.3, Alberto Moreno‘s 6.2 and Divock Origi‘s 6.5 perhaps an indication of the changing landscape of the contest.

Sent off on the hour mark, after two yellow-card offences, James Milner is currently rated at a dismal 4.1, while his midfield colleague, Jordan Henderson, has a rating of 5.2.

Jurgen Klopp‘s starting lineup are rated at an average of 6.4, 1.4 below their average rating from Wednesday night’s 3-0 win at home to Manchester City.

But with the likes of Can and Lovren in a defiant mood at Selhurst Park, Liverpool were able to battle to victory.