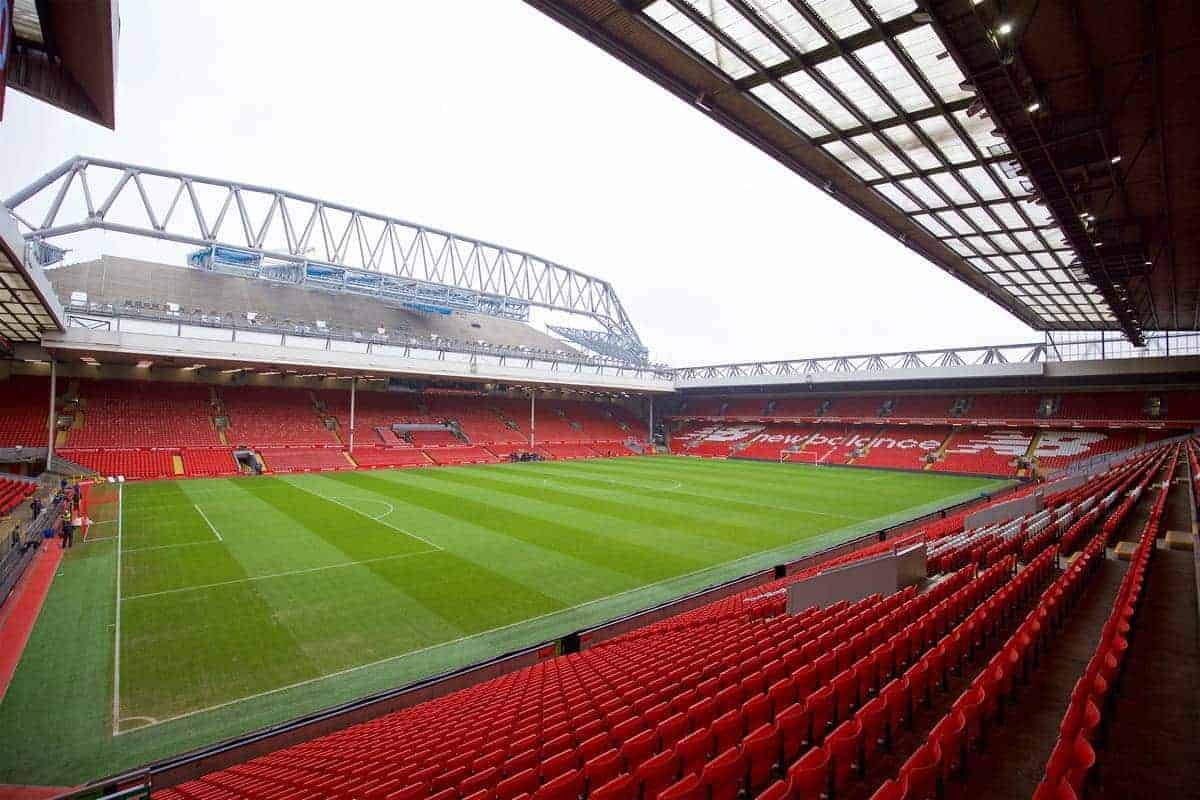 The new dates for the postponed home matches against Everton and Chelsea have now been announced. The Merseyside derby against Everton will now take place on on Wednesday, April 20th.

The game against Chelsea will now be on Wednesday, May 11th.

Both are 8pm kick off and both will be shown live on Sky Sports in the UK.

The Everton match will be played three days before their FA Cup semi-final – the Reds face Newcastle at home that same Saturday following the derby.

That means the Chelsea game will be last match played at Anfield before the new Main Stand takes the stadium’s capacity to around 54,000 for next season.