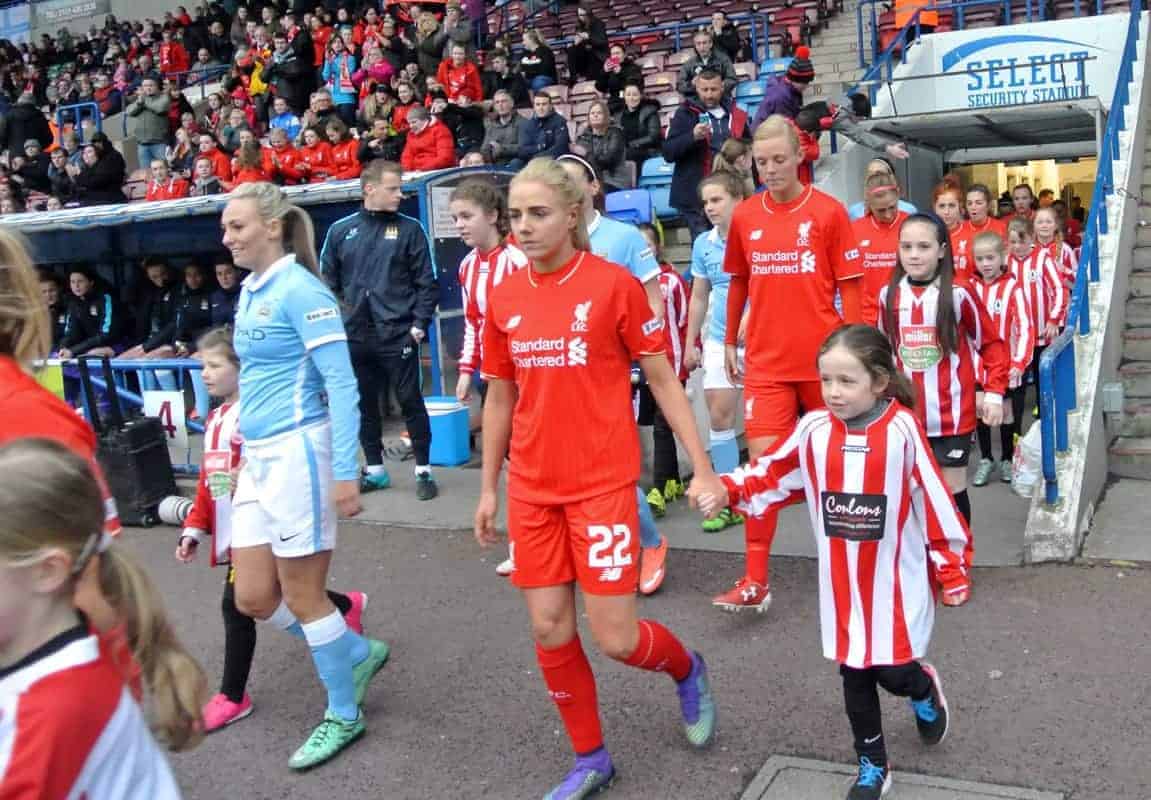 Scott Rogers faced disappointment as his new look LFC Ladies were knocked out of FA Cup by Man City on Saturday evening. Rogers, who replaced the outgoing Matt Beard in the summer, saw his first competitive match end in a 2-0 defeat in the fifth round of the FA Women’s Cup.

The first minutes would be remembered for the injury blow from the visitors as Isobel Christiansen had to leave the field due to ankle injury and was replaced by 17-year-old Georgia Stanway.

Two minutes later the visitors had their chance to break the deadlock. Toni Duggan had a shot from outside the box, but the new Reds keeper Chamberlain made a brilliant save to deny the England forward.

Minutes after on the other side Reds had strong penalty appeal as Rosie White was taken down by Abbie McManus, but referee refused to point the spot. Then Chamberlain again showed her impressive skills when she saved a close range header from Jane Ross.

City started to play better and caused more problems. On 29 minutes the substitute teenager Stanway enjoyed herself with a 30-yard shot which went past Chamberlain leaving her with no chance to save it and went straight into the net.

Straight after the half-time Emma Lundh replaced White which changed a play of the Reds. The Swedish international had her chance to equalise, but the close range effort went just outside the post. Despite Reds chances it was visitors City and another substitute which killed the game off. In 63 minutes Nikita Parris netted a superb header following a cross from Duggan’s corner kick.

The second half showed the glimpse of hope for the Rogers’ side, but unfortunately they weren’t able to beat England stopper Karen Bardsley.

LFC Ladies will be able to change the fortune and try to look for a win in their first Women’s Super League game on Wednesday night when they host Birmingham on Select Security Stadium with kick-off at 7.30pm.