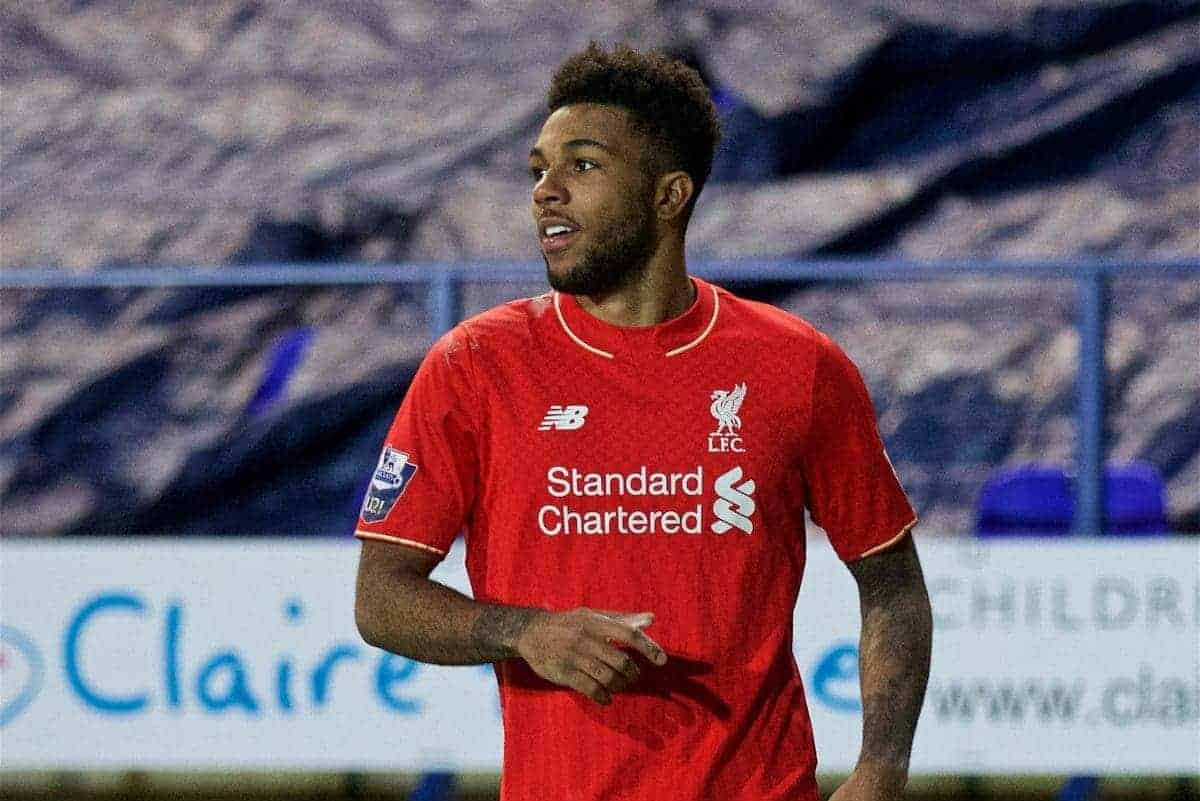 With Liverpool academy striker Jerome Sinclair likely to leave on the expiry of his contract this summer, Watford look set to announce his signing.

Sinclair showed signs of a possible long-term role under Jurgen Klopp at Liverpool, named on the substitutes’ bench for the German’s first game in charge away to Tottenham Hotspur before making his first start of the season months later, scoring in January’s FA Cup draw with Exeter City.

But the 19-year-old continued to rebuff the club’s attempts to secure his future with a new contract, and now looks likely to leave Liverpool this summer.

Sinclair has made just one four-minute appearance for the first team since Klopp discussed this impasse, saying “it is not important to get the highest wages in your life in the first year of your career.”

Linked with a move to Watford in January, their interest ultimately broke down, with Liverpool valuing Sinclair at £3 million.

But with the striker free to move clubs at the end of the season, talkSPORT claim that he has made a pre-contract agreement with the Hornets.

Watford manager Quique Sanchez Flores is believed to have earmarked Sinclair as the ideal addition to provide competition for first-choice strikers Odion Ighalo and Troy Deeney.

Quick, sharp and possessing a keen finisher’s instinct, Sinclair’s style is reminiscent of Ighalo’s, suggesting he will fit in at Vicarage Road.

This move would provide the youngster with a good opportunity, having found himself behind the likes of Daniel Sturridge, Roberto Firmino and Divock Origi at Liverpool.

As with Danny Ings‘ free-transfer move from Burnley to Merseyside last summer, however, Sinclair’s switch to Watford could result in a tribunal, to determine a fair valuation.

With Liverpool asking for £3 million in January, this is unlikely to decrease significantly.