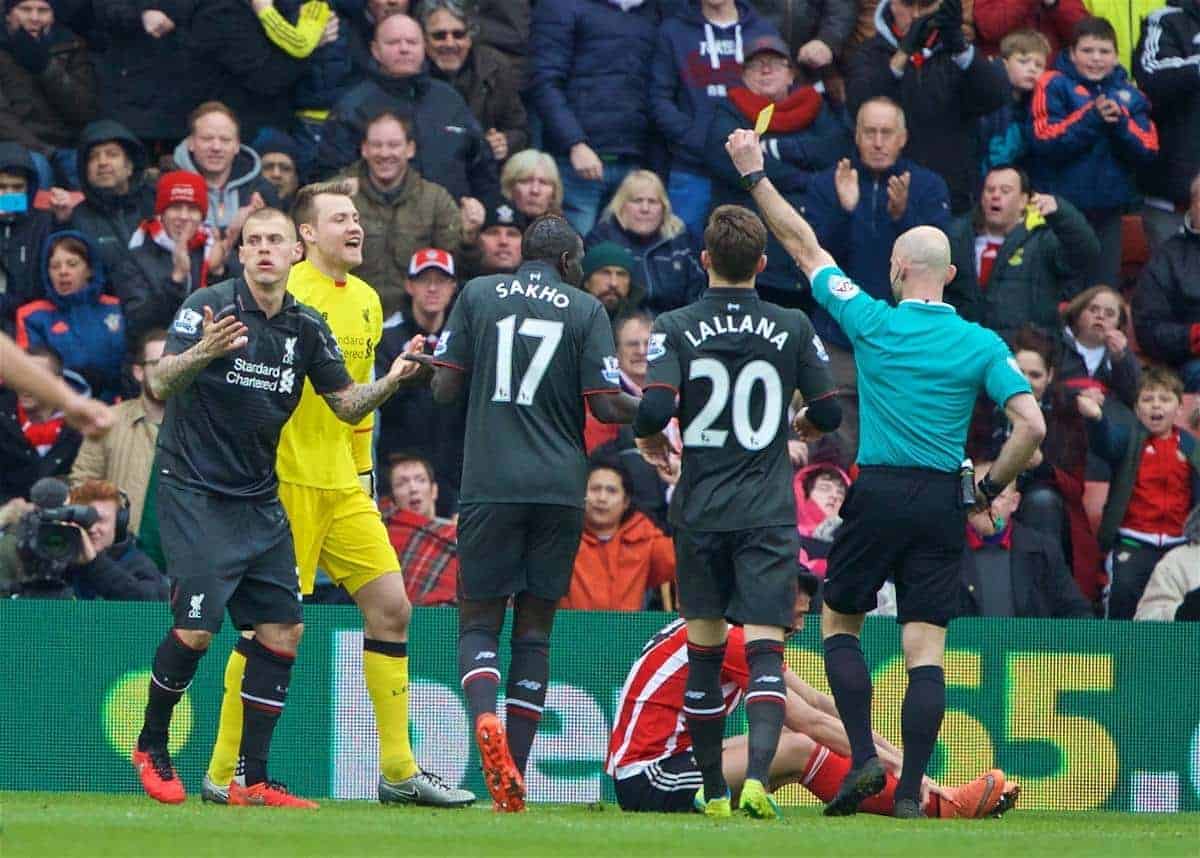 Returning to St Mary’s Stadium four months after their remarkable 6-1 win in the League Cup, Liverpool were forced to contend with a number of injuries to key players.

Jurgen Klopp made three changes to his side for the clash, with both sides harbouring ambitions of qualification for Europe at the end of the season, as the German navigated the absence of Roberto Firmino, Alberto Moreno and Jordan Henderson, among others.

This saw Jon Flanagan come into the side as captain, marking an excellent week for the local-born defender, after signing a new three-year deal with the club on Friday.

Ronald Koeman’s Saints will have been itching to hit back after December’s humiliation, and after a dominant first half for the Reds, Southampton clawed back to set up a tense affair.

Lining up in a 4-4-2 formation, Liverpool looked to dominate in the opening stages, flooding forward in numbers to push Southampton back towards their penalty area, with former Saints man Nathaniel Clyne providing the width from left-back.

Southampton came closest early on, however, with Virgil van Dijk heading just wide of Simon Mignolet‘s post from a corner.

The Saints could feel aggrieved minutes later as, with Shane Long charging into the penalty area on the break, another ex-Southampton defender, Dejan Lovren, barged the strike over—though referee Roger East was not concerned, waving away claims for a spot-kick.

It was Liverpool who broke the deadlock, however, with Philippe Coutinho picking the ball up on the left flank and, against the run of play, cutting inside to fire a low, curling effort beyond Fraser Forster to give the Reds the lead.

Coutinho kickstarted the Reds’ next attacking foray, and it was Daniel Sturridge who finished it, with the No. 15 firing past Forster after a powerful run from Divock Origi.

With the momentum firmly in Liverpool’s favour after that double, Joe Allen could have made it 3-0 on 25 minutes, but for the sprawling Forster, and when the Welshman had it in the net 10 minutes later, his strike was ruled out for offside.

That call levelled the atmosphere at St Mary’s, as the two sides played the rest of the half out at 2-0.

Both managers made changes at the interval, with Klopp handing Martin Skrtel his first appearance back from injury, with the Slovak taking Lovren’s place in defence.

Within minutes of coming on, Skrtel had conceded a penalty, bringing Graziano Pelle down in the box with a trademark shirt pull, with the 31-year-old spared as Mignolet dived the right way to make the stop.

This set the tone for an open second half that saw both sides spurn great chances to score, most notably with Pelle’s far-post header diverted behind for a corner on 60 minutes.

Half-time substitute Sadio Mane made his opportunity count minutes later, however, driving through a disjointed Liverpool defence to fire past Mignolet and give Southampton a lifeline with 25 minutes to play.

Looking to regain momentum, Klopp brought on Christian Benteke in place of Sturridge.

The Belgian had a great to chance to extend Liverpool’s lead shortly after, but slid his effort wide of Forster’s post have being played in by Adam Lallana on the break.

Ultimately, it was Southampton‘s target man who proved pivotal, with Pelle scoring the equaliser on 84 minutes, powering a long-range effort beyond Mignolet, sparking the St Mary’s crowd into life.

This spurred the Saints on, and a shanked Mignolet clearance and a failed Skrtel header gave Mane the opening to put Southampton 3-2 up, sending Koeman’s side on the way to an unlikely victory.