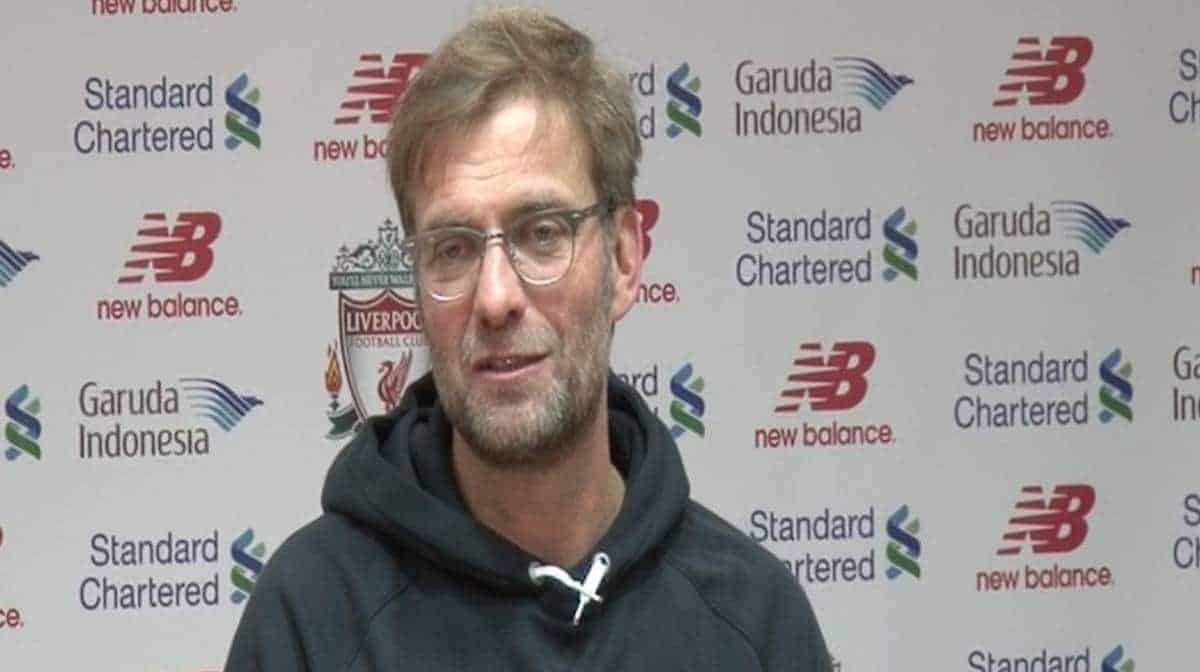 Goals from Adam Lallana, James Milner and Roberto Firmino gave the Reds a comfortable victory against the title chasers.

With a cleansheet and rests for Philippe Coutinho and Daniel Sturridge, it was a pleasing night all around and Klopp was clearly delighted in his post match press conference.

“It was very important we showed the reaction, we showed we are not as disappointed as it could have had a negative influence on the performance.

“The boys did brilliantly. They were very angry in a positive way. The pressing situation was brilliant, the counter-pressing was good and then we had to score goals and we did.

“Being tired in this moment of the season is nothing to talk about because everybody could be, tonight is more about the mental thing.

“We lost on Sunday. We had to show a reaction. The most important moment of the season is now.

“We have to take what we can get. We have to stay angry, to strike back in each game.

“We have no points to waste in our time. Everything can happen.”