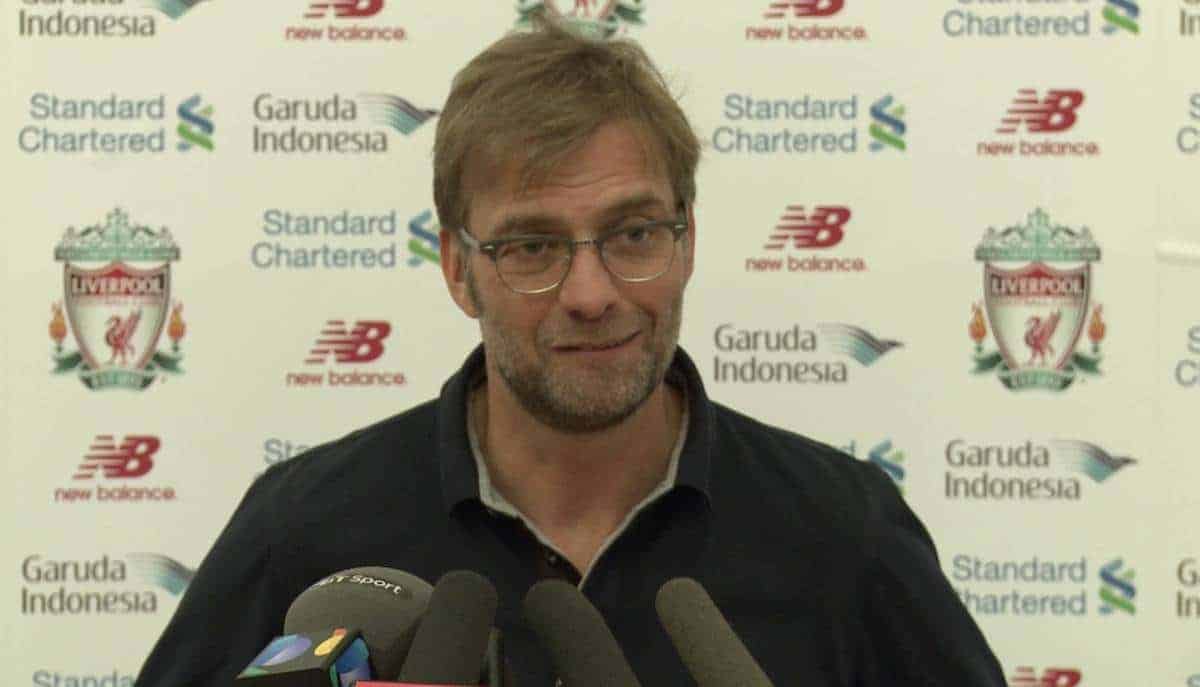 Topics discussed range from the fitness of players after Sunday’s League Cup final at Wembley – with Klopp saying Lucas was a doubt for the game on Wednesday – to planning for the summer.

Klopp was also asked about Simon Mignolet, and on Jon Flanagan‘s contract situation.

Following reports on Monday night that the German was planning an overhaul of his playing personnel, including possible moves for Mario Gotze, Ben Chilwell and Piotr Zielinski, Klopp explained that nothing was close for the Reds.

“We plan for next season, but it’s not about that we have to be the first in every moment,” he said.

“We have to wait for the right moment, and of course we have to think about a lot of things.

“But there’s nothing to say to be honest.

“I can’t say we’re close to this decision or this decision, but of course we work the whole day, and we have to plan the future – and that’s what we’re doing.”

Mignolet has come under fire throughout 2015/16, and following a calamitous error in conceding Fernandinho’s opener on Sunday, reports indicated that Klopp was searching for another goalkeeper.

But the 48-year-old continued to emphasis his faith in Mignolet.

“He’s got a hard way to go, but he’s old enough, he’s experienced enough, and together we have to handle his situation,” he explained.

Mignolet is likely to start in goal as Liverpool take on City once again on Wednesday night, and Klopp will be looking for a positive response from his side after their Wembley disappointment.