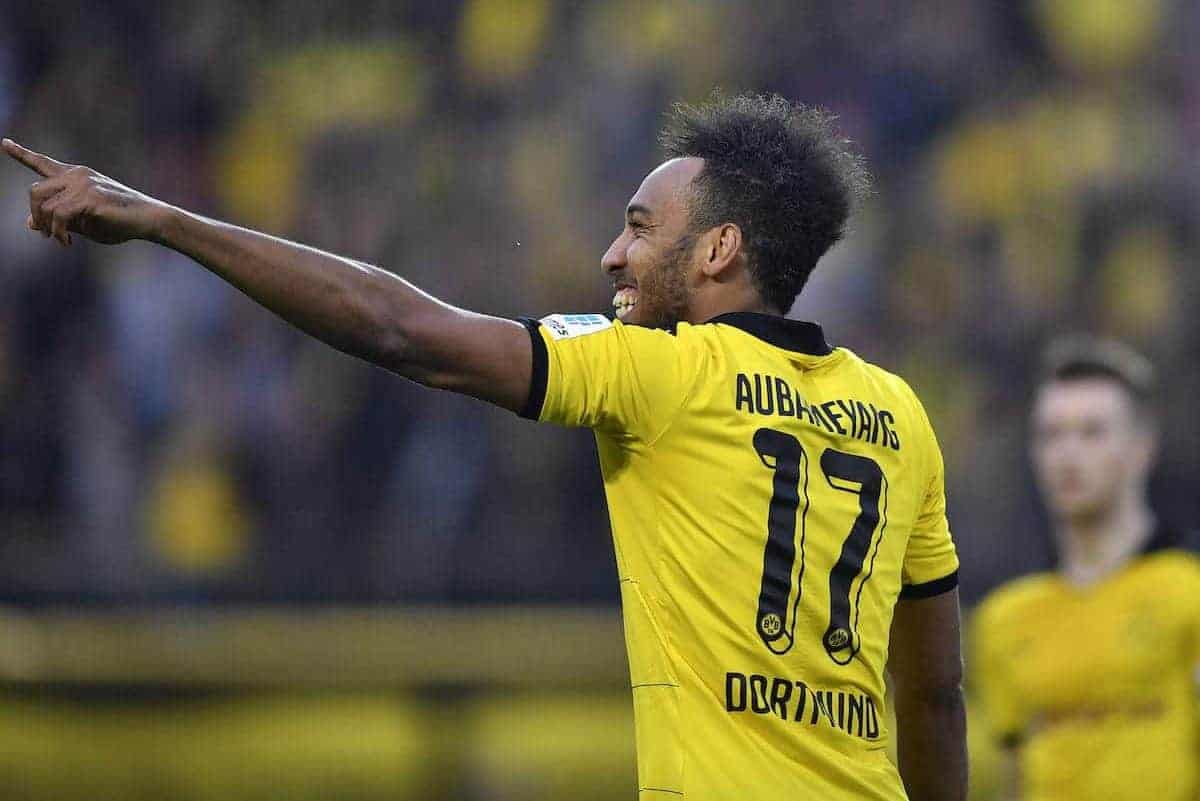 Liverpool face Borussia Dortmund in the Europa League quarter-final on Thursday, in a game that will see a number of key duels take place.

After much talk surrounding the two-legged showdown between the Reds and BVB, it is almost time for the football to come to the fore.

Thursday’s first leg at Signal Iduna Park promises to be a spectacular occasion, and one that will go a long way to deciding who progresses to the semi-finals.

There will be quality on show all over the pitch, and it is crucial that Liverpool’s players stand tall in their individual battles.

Here are three key match-ups that we expect to be pivotal in Germany on Thursday.

Following an impressive run of form in 2016, Mamadou Sakho had a dreadful afternoon against Tottenham Hotspur last weekend, making countless errors in the first half.

The Frenchman does have the occasional shocker in him, but he simply cannot afford to have an off night against the predatory Pierre-Emerick Aubameyang.

The Gabon international is one of the world’s most-feared strikers on current form, and he has scored 36 goals in 41 appearances this season. Tottenham will tell you all about how lethal he is.

Aubameyang is lightning fast, strong and possesses great movement, and Sakho will need to be at his very best to keep his opponent quiet. The 26-year-old must read the play as efficiently as he does when on top form, and his positional sense, in particular, must be perfect.

If Sakho was to have another Spurs-esque nightmare against Thomas Tuchel’s side, Liverpool could find themselves out of the tie before next week’s second leg at Anfield even takes place.

He is too good not to improve, however, and the hope is that Jurgen Klopp shows faith in him.

Reus will occupy a left-sided role, cutting in and providing fantastic link-up play, and he is a huge goal threat both from distance and close range.

Mkhitaryan, meanwhile, has been a revelation on the right for BVB this season, having initially arrived at Signal Iduna Park as more of a central, No. 10.

While Reus’ form has been a little up and down, the Armenian has enjoyed a sensational 2015/16 campaign, scoring 20 goals and assisting 18 others. The magic he weaves makes Dortmund tick.

Tasked with negating his threat will be Alberto Moreno, whose defensive quality has deservedly come under criticism this season.

The 23-year-old Spaniard will be really tested on Thursday, and his potential to switch off in key areas could be fatal against a player of Mkhitaryan’s quality.

Nathaniel Clyne is a far more capable defender than Moreno, but Reus will make sure the former Southampton man is never given a minute’s peace.

Clyne was shaky away to Man United in the last round, but he must be at his efficient, reliable best against a genuinely world-class player.

The Reds duo must also test Reus and Mkhitaryan’s defensive resolve, getting forward and supporting the attack when the time is right.

Emre Can vs. Ilkay Gundogan

With Bastian Schweinsteiger and Sami Khedira both ageing, there is every chance that Emre Can and Ilkay Gundogan could be mainstays of Germany’s midfield for years to come, along with Toni Kroos.

On Thursday, the international team-mates will come in direct competition with one another, which could be absolutely fascinating.

Can has matured into one of Liverpool’s most important players this season, with his ability to boss a midfield battle becoming more evident by the week.

His game is based on power and all-round physical dominance – that’s not to say he isn’t excellent on the ball, too – while Gundogan is very different in terms of style.

Smaller in stature than Can, and far more nimble and subtle, the 25-year-old has the quality to run the show in the middle of the park, beating players and passing effortlessly.

It is crucial that Can – along with Jordan Henderson – does not allow Gundogan to dictate play, and the young Reds midfielder needs to stamp his authority on the game back in his homeland.

The 22-year-old has the perfect opportunity to show his fellow Germans exactly what he is capable of.