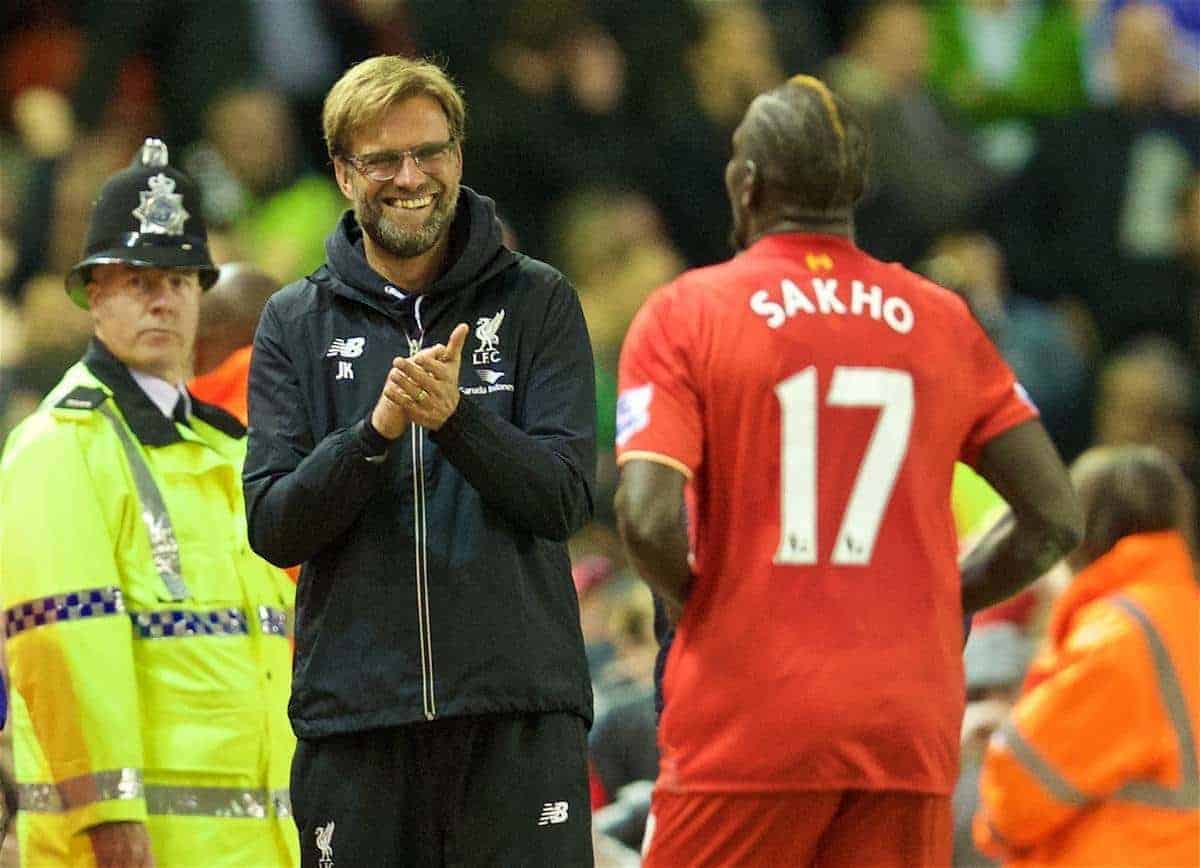 Liverpool manager Jurgen Klopp appeared to feel somewhat sorry for the visitors after their Anfield mauling, which was authored by goals from Origi, Mamadou Sakho, Daniel Sturridge and Philippe Coutinho.

“To be honest I could say it was really difficult but the second half wasn’t,” he said.

“The second half changed completely with the red card and then the next change when Stones had to come off that was really not easy for Everton.

Despite the result Klopp did not feel like celebrating much because of his concern for Origi, who was carried off on a stretcher as a result of Funes Mori’s stamp.

The Belgium striker, who has now scored five times in his last five matches, has a badly injured ankle but the extent of the damage will not be known until the results of his scans come back.

“Everything is okay – apart from Divock,” he added. “Usually after 4-0 I don’t know how to keep my smile off my face but today is pretty easy.

“If you told me before the game we would win 4-0 I thought I’d feel different.

“It is a big shadow on the game to be honest. “Everyone who saw the pictures said maybe it is broken – it is not. We have to wait for a final assessment, it is too early.”