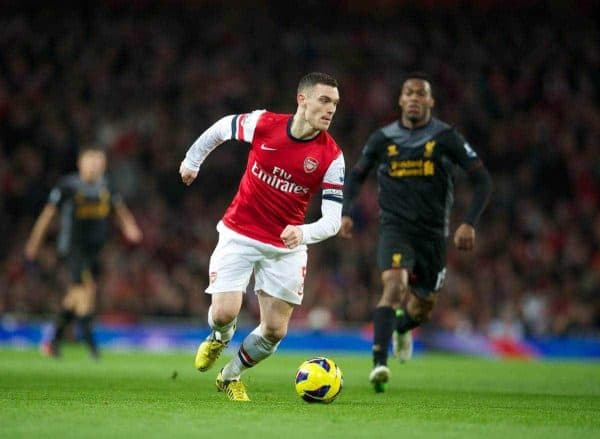 Jurgen Klopp‘s search for cover at centre-back looks to have landed on Barcelona outcast Thomas Vermaelen, who could make a summer move to Liverpool.

Klopp has been rocked by the news of key defender Mamadou Sakho’s failed drug test, and with the Frenchman not appealing UEFA’s charges, he could miss at least six months of action.

This leaves Liverpool short at centre-back, with Kolo Toure’s contract set to expire this summer and Martin Skrtel heavily linked with a move away from Merseyside this summer.

Joel Matip will arrive this summer, and Joe Gomez is set to return from an ACL injury for pre-season, but Klopp looks to have identified an experienced target.

Vermaelen made the £15 million move from Arsenal to Barcelona in 2014, with the Catalan club looking to fill the void left by the retiring Carles Puyol.

The Belgian has failed to establish himself at the Nou Camp, however, and Spanish publication Sport now claim that Liverpool have made the “first formal offer” to sign Vermaelen this summer.

The Reds are believed to be willing to pay just under £8 million for the 30-year-old, but Barcelona are waiting to drum up more interest before responding.

West Ham United and Chelsea are mooted as possible destinations, while Besiktas are also said to hold an interest, but Vermaelen prefers a move back to the Premier League.

Vermaelen enjoyed five successful seasons in England with Arsenal, being named captain ahead of his penultimate campaign in north London in 2012, making 150 appearances for the club.

The ball-playing centre-back was similarly consistent over four seasons in the first team at Ajax, but injuries and the form of Javier Mascherano, Gerard Pique and Jeremy Mathieu have limited his opportunities at Barcelona.

This season, Vermaelen has made 20 appearances, including 15 starts, slotting in comfortably whenever required.

As a left-sided centre-back with experience of the Premier League and European competition, Vermaelen would make a suitable replacement for Sakho, particularly as a low-cost option if the 26-year-old is to return in six months.

Liverpool could do worse than to sign Vermaelen, and a move back to the Premier League could reignite his career.