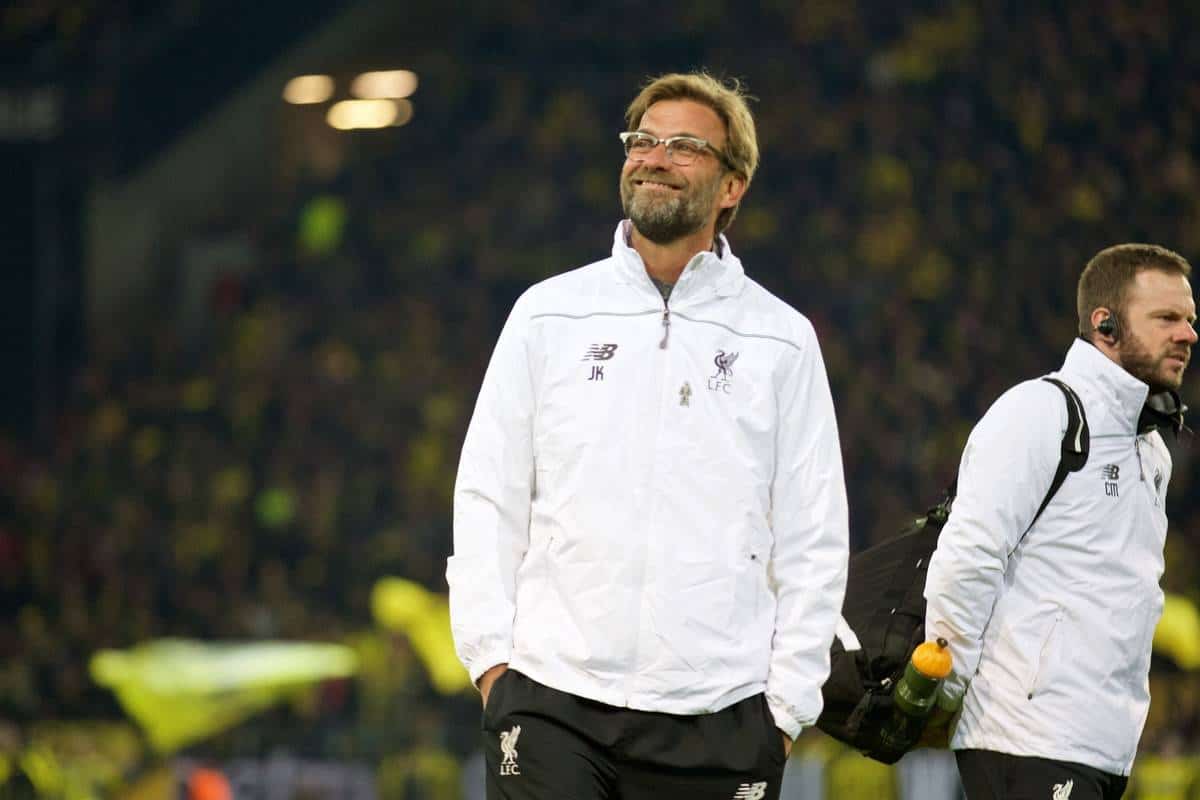 Jurgen Klopp‘s youth recruitment drive could extend to Ligue 1 this summer, with a trio of young French prospects on Liverpool’s radar.

Shortly after Klopp’s arrival on Merseyside in October, the German stressed that “the door is wide open for youth,” and having given the likes of Sheyi Ojo and Connor Randall debuts this season, that approach is clear.

With 19-year-old Serbian midfielder Marko Grujic set to arrive this summer, Klopp could look to add more young players to his squad for 2016/17.

Reports in France this week suggest that Liverpool are pursuing a crop of French talents in Jonathan Ikone, Thomas Lemar and Ballo Toure Fode.

Seventeen-year-old winger Ikone is a target for the Reds, Juventus and Man United this summer, according to L’Equipe.

The French newspaper claims that Ikone could follow in the footsteps of Kingsley Coman, and leaving Paris Saint-Germain on a free transfer at the end of the season.

A fleet-footed midfield option capable of operating on either flank, Ikone has turned out for PSG’s U19s side this season, but may opt for a move elsewhere in search of first-team football in the long term.

Meanwhile, L’Equipe have also named Liverpool among a number of European giants in pursuit of AS Monaco midfielder Lemar.

Bayern Munich are said to be weighing up an offer for the versatile 20-year-old, who has scored five goals and laid on a further three assists in 23 Ligue 1 appearances this season.

This has seen Lemar fielded on the left and right wings, in the centre of midfield and in the No. 10 role, with Klopp likely an admirer of his flexibility.

Liverpool, Bayern, Man City and Atletico Madrid are the clubs linked with Lemar this summer, though Monaco are thought to be demanding a fee close to the £36 million that took Anthony Martial to United last summer.

Finally, French publication FootMercato have suggested that Liverpool are monitoring Fode’s contract situation at PSG, with West Ham United also rumoured to be interested in the left-back.

Fode is yet to sign a professional contract with the Paris club, and at 19, faces a make-or-break decision.

With Martial’s impact at United perhaps serving as a marker for the quality of young players in Ligue 1, Klopp’s interest in Ikone, Lemar and Fode could be well placed.