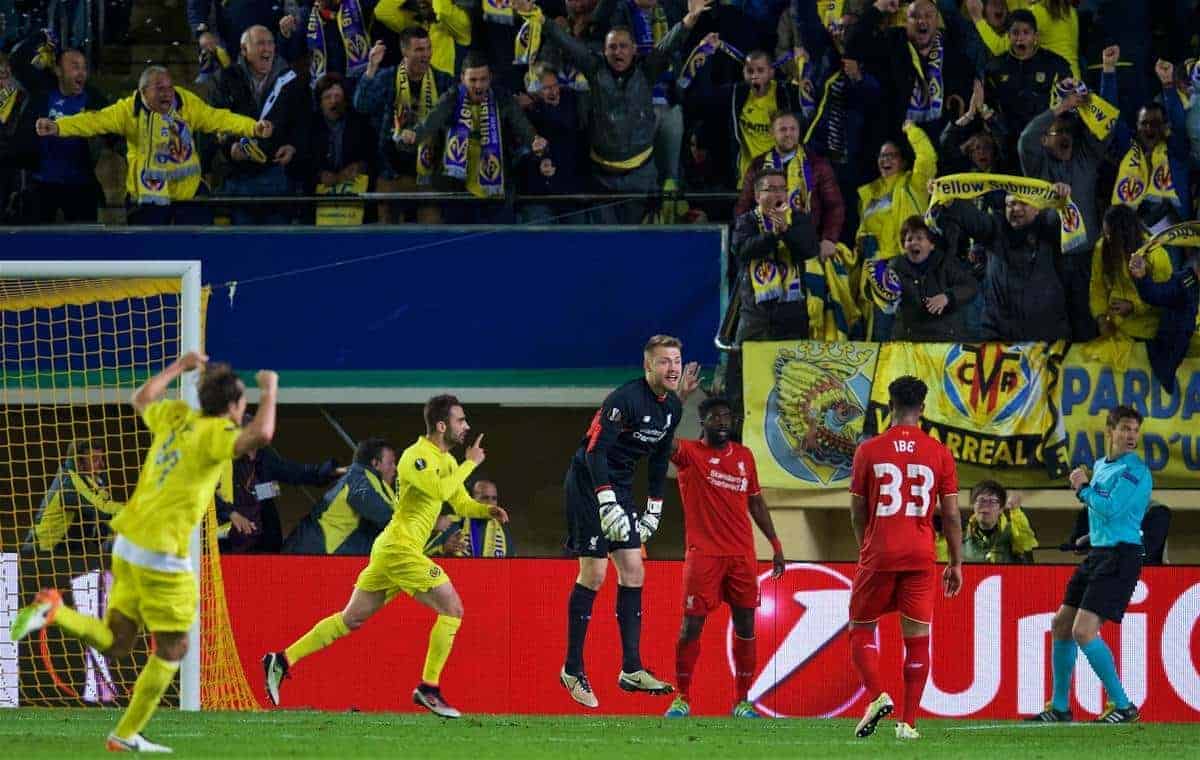 Simon Mignolet believes Liverpool still have a good chance of reaching the Europa League final, despite their 1-0 loss to Villarreal on Thursday.

The Reds were beaten in devastating fashion in their semi-final first leg at El Madrigal, with Adrian Lopez scoring a stoppage-time winner for the hosts.

Jurgen Klopp‘s side had produced a very professional European away display up until that point, but they are now in a precarious position heading into next week’s second leg.

Mignolet felt Liverpool performed well against the Yellow Submarine, and believes the Anfield crowd can make all the difference in the return fixture.

“We defended really well throughout the game. It’s [always] a tactical game against a Spanish team,” he told Liverpool’s official website.

“They are hard to break down and were looking for one or two chances. Unfortunately, it happened at the end. But we played a good game.

“Everybody saw the quality of Villarreal but we created our chances and we had some chances to score. Unluckily, that didn’t happen.

“But it’s still there to play for at home at Anfield. With the supporters behind us at Anfield there’s always some magic in the air. “It will be close until the end – there won’t be many goals in it. They are tough to break down and difficult to create [against]. But we had some chances.

“It’s still there to play for at home with the fans behind us. We have scored a lot of goals since Christmas so why not again?”

Mignolet also spoke about Villarreal’s ability – too many Reds supporters were guilty of underrating them – saying their La Liga position speaks for itself.

“We saw them, analysed them and knew their qualitie. They have got quality throughout the team, some very good players.

“You’re not fourth in La Liga without a good team. We knew that beforehand. We’ll focus on our jobs and hopefully we can put in a performance worthy of getting us to the final.”

The 28-year-old responded well, following his needless error against Newcastle last weekend, making one outstanding save to deny Cedric Bakambu late in the game.

Mignolet will again have to be at his best in the second leg, with one Villarreal goal meaning Liverpool will need three to make it to the final.