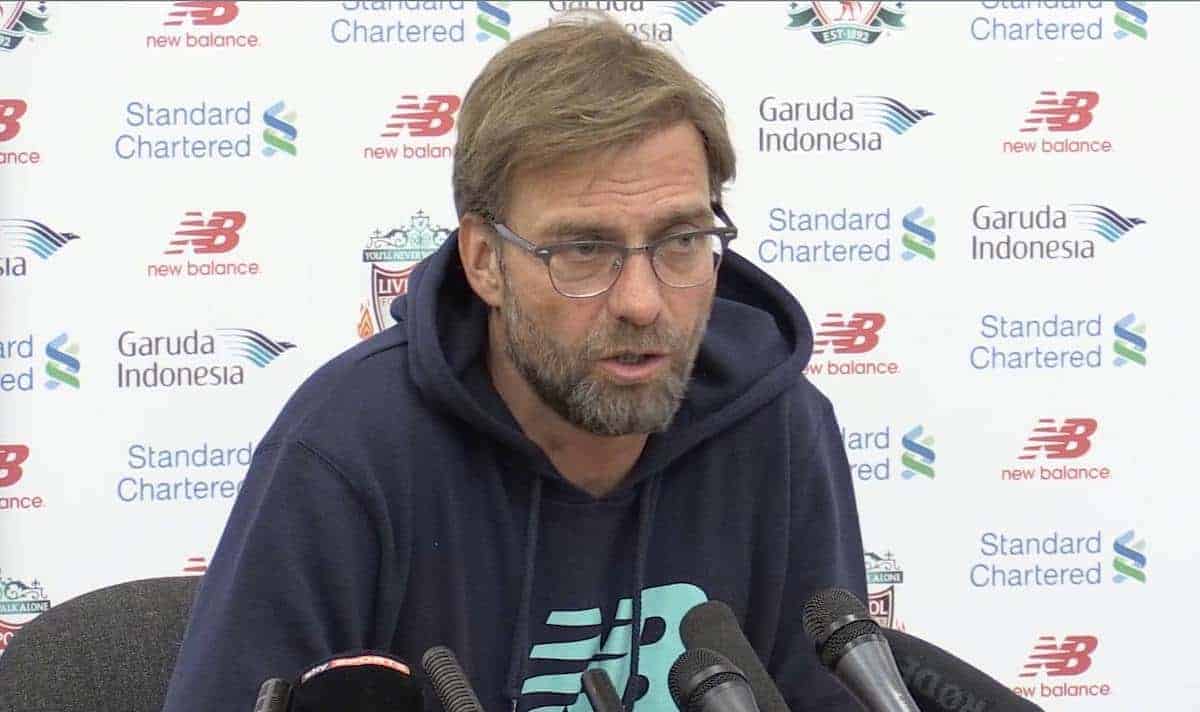 Klopp explained how it was bad news on Emre Can‘s ankle injury, with the midfielder likely to miss the rest of the domestic season.

The manager spoke about finding to need “new solutions” in Can’s absence.

Klopp was asked plenty about Thursday’s win over Dortmund, with praise for goalscorer Dejan Lovren and striker Daniel Sturridge‘s impact.

There was also questions on the Reds’ Europa League semi-final draw against Villarreal, and Sunday’s opponents Bournemouth.