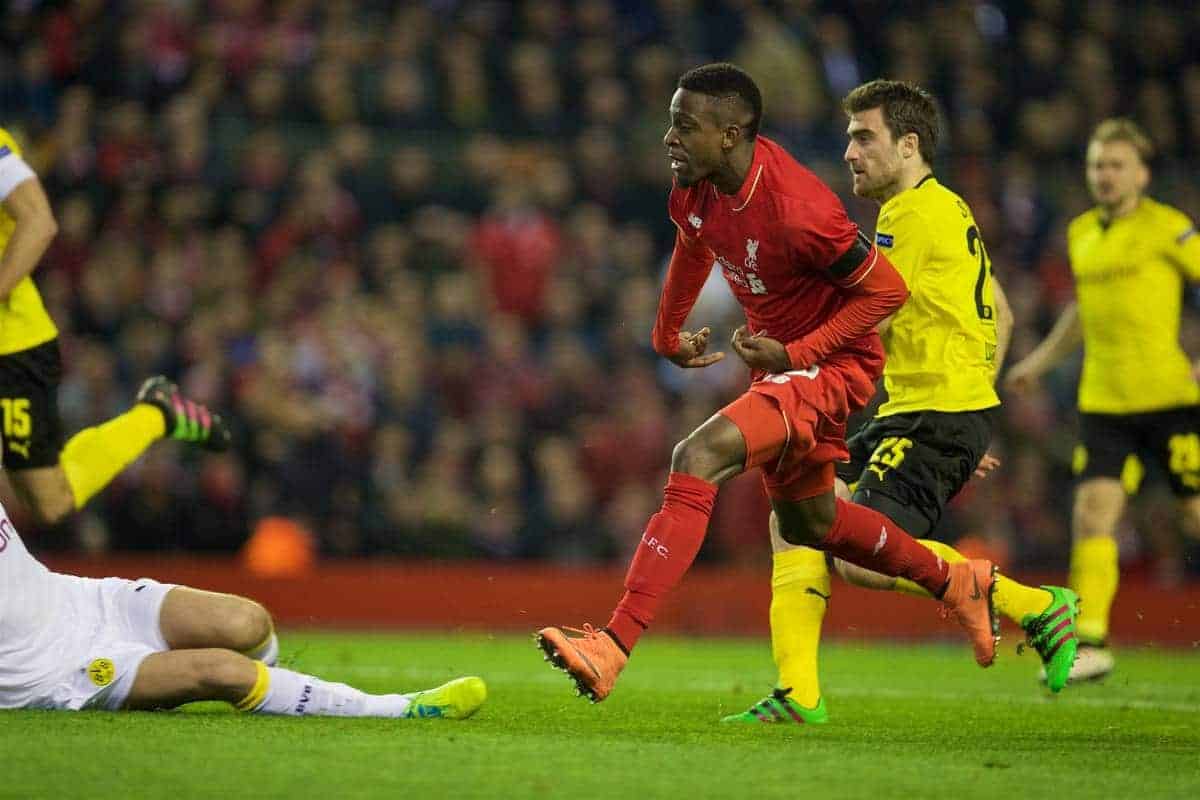 Liverpool capped an unbelievable finish to their Europa League quarter-final clash by securing a late 4-3 win at home to Borussia Dortmund.

Welcoming Thomas Tuchel’s Dortmund to Anfield after last week’s 1-1 draw at the Westfalenstadion, Liverpool looked to seal their place in the Europa League semi-finals.

But going down to two early efforts from Henrikh Mkhitaryan and Pierre-Emerick Aubameyang, the Reds saw their away goal cancelled out, needing to outscore the Bundesliga giants to progress.

Heading into the interval at 2-0 down, and 3-1 behind on aggregate, Liverpool needed a change in emphasis.

This came in the form of a half-time team talk from Jurgen Klopp, who according to the Reds’ first goalscorer Divock Origi, told his side “‘you have to make a moment to tell your grandchildren, and make a special moment for the fans’.”

It was a truly remarkable 90 minutes of football, and a performance that, despite his many years at the top level of football, Klopp described after the game as “really rare.”

“At half-time, with the result we had, it’s difficult to stay brave, but we had a little agreement, said ‘we have to go the hard way’,” he explained.

“We played a good game, but at 2-0 down then for the team to stay in the race—that’s really rare.”

Sending Anfield into raptures, Lovren’s strike embodied Liverpool’s fighting spirit under Klopp, and this sensational fightback stands as the German’s finest achievement on Merseyside yet.