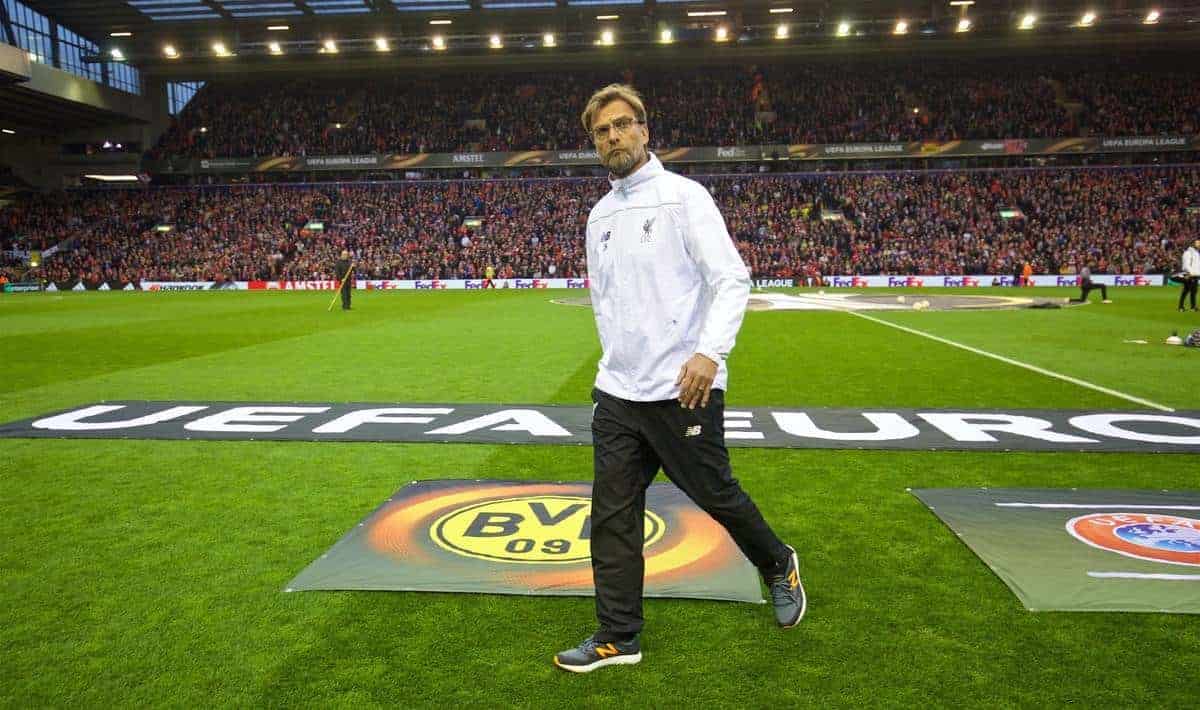 Jurgen Klopp believes touching the This is Anfield sign is a “sign of respect” that needs to be earned through emotional nights like Thursday’s win over Borussia Dortmund.

Liverpool fought back after trailing 3-1 to defeat Dortmund 4-3 at Anfield in Thursday night’s Europa League quarter-final, advancing to the semi-finals through a 5-4 victory on aggregate.

The Reds now take on La Liga side Villarreal as they look to secure a place in May’s final at St Jakob-Park, needing to draw on their emotional reserves once again.

Speaking after Thursday’s triumph, Klopp was reported to have said that “I’ve told my players not to touch the This Is Anfield sign until they win something,” but this appears to be misquoted.

Instead, the German simply believes this to be a “sign of respect” that needs to be earned through performances such as the Reds’ win over Dortmund.

“Before the game, when we went down the stairs, my Dortmund friends asked me ‘do they all touch the This is Anfield sign?'” he told reporters.

“I said ‘no’. I don’t really know exactly how it works, but you need to win something before—I’m not sure.

“Maybe, one day, these players are allowed to do it, and feel better, stronger, and can use this emotion.

“Tonight, it was very emotional—so, cool!”

Klopp is looking to foster a winning mentality in his Liverpool squad, and the fighting spirit shown at Anfield on Thursday is another step towards doing so.

As the manager suggests, to do justice to the club’s storied history, Liverpool must continue their progress—and success in the Europa League can go a long way towards doing so.