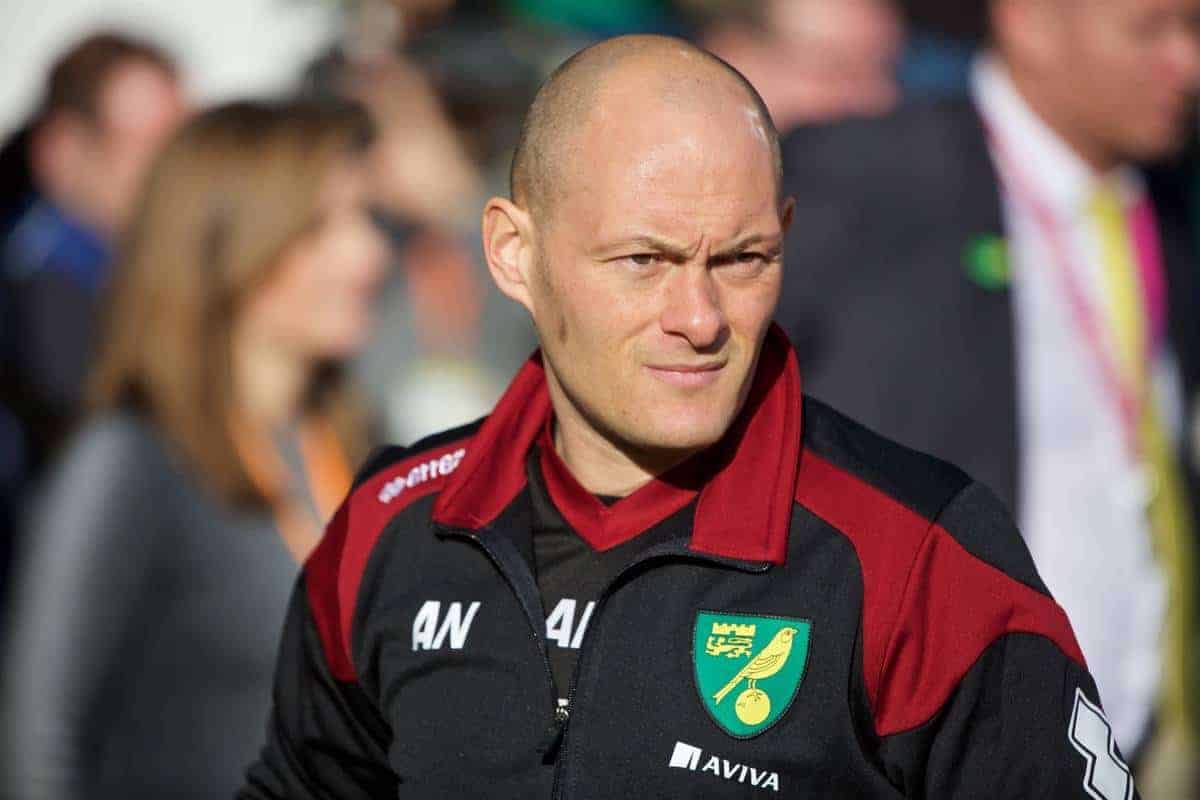 With just a month left of the Premier League season, there are a number of massive top-flight matches this weekend.

Liverpool travel to Bournemouth on Sunday, as they look to build on their incredible win against Borussia Dortmund on Thursday.

The Reds won 4-1 at home to a tepid Stoke side in their last league outing, and it is now a case of finishing as close to the top-four as possible for Jurgen Klopp and his side.

In truth, there are plenty more important games this weekend in the Premier League, as the title race, top-four battle and relegation fight near their conclusion.

The battle for survival is really beginning to reach the point of no return, and the Saturday lunchtime clash between Norwich and Sunderland is massive.

Alex Neil’s Canaries side currently have a four-point gap over the Black Cats, having played a game more, and know victory could condemn their rivals to the Championship.

Sam Allardyce is made of stern stuff, however, and he will be doing his utmost not to lose the game. Expect him to park the bus and try to sneak a win.

Newcastle will be watching on praying for a draw, and their home game against Swansea on Saturday afternoon really is a must-win.

Rafa Benitez has yet to work his magic thus far, and it is looking increasingly as though the Spaniard will fail to keep the Mapgies in the division.

At the top, there is another huge match for leaders Leicester, who welcome West Ham to the King Power Stadium on Sunday.

The Foxes just keep winning and winning, barely even conceding goals in the process, and three points against a Hammers side chasing fourth place would surely mean title glory.

It has been a remarkable campaign from Leicester, and their seven-point lead has to be narrowed this weekend, if there is to be any chance of them not sealing glory in May.

Tottenham are now the only team capable of chasing down Claudio Ranieri’s men, and they produced an excellent performance to see off Man United 3-0 last weekend.

They have to wait until Monday night for their trip to Stoke, and they will be absolutely desperate for West Ham to have done them a favour at Leicester a day earlier.

Man City will be buoyed by their Champions League quarter-final triumph over Paris Saint-Germain on Tuesday, and are now firm favourites to finish fourth.

They face a potentially difficult trip to Chelsea on Saturday, although the Blues now have nothing to play for this season.

United host Aston Villa, which could be a cricket score given Villa’s ineptitude, and the Red Devils will be positive about keeping the pressure on City.

Arsenal, meanwhile, are now out of the title race and looking to seal what should be another top-four finish. They are at home to Crystal Palace, with Alan Pardew’s team now safe from relegation.

The remaining two matches, both of which are fairly meaningless, see Southampton visit Everton and West Brom host Watford.

As mentioned, Allardyce will be trying his darnedest not to lose away to Norwich, and his teams are invariably very tough to break down.

Including centre-back Younes Kaboul in your fantasy football team would, therefore, be a decent move. He is also an aerial threat from corners. United’s visit of Villa should be an incredibly easy day at the office for Louis van Gaal’s men, and anything other than an easy win would be a surprise.

Youngster Marcus Rashford scored a brilliant effort at West Ham in the FA Cup in midweek, and he will find the net at least once against a hapless Villa outfit.

Riyad Mahrez is the strong favourite to be named PFA Player of the Year for 2015/16, but his form has dipped slightly in recent weeks.

He will come roaring back against the Hammers on Sunday, however, providing a key moment in front of goal for his unstoppable Leicester side.

Liverpool saw firsthand just show disinterested some of Stoke’s players were last weekend, and it may well be a comfortable night for Spurs against them on Monday night.

Kyle Walker is enjoying a very impressive season at right-back, and not only does he stand a strong chance of keeping a clean-sheet, he will also offer plenty of attacking thrust. Get him in your team.