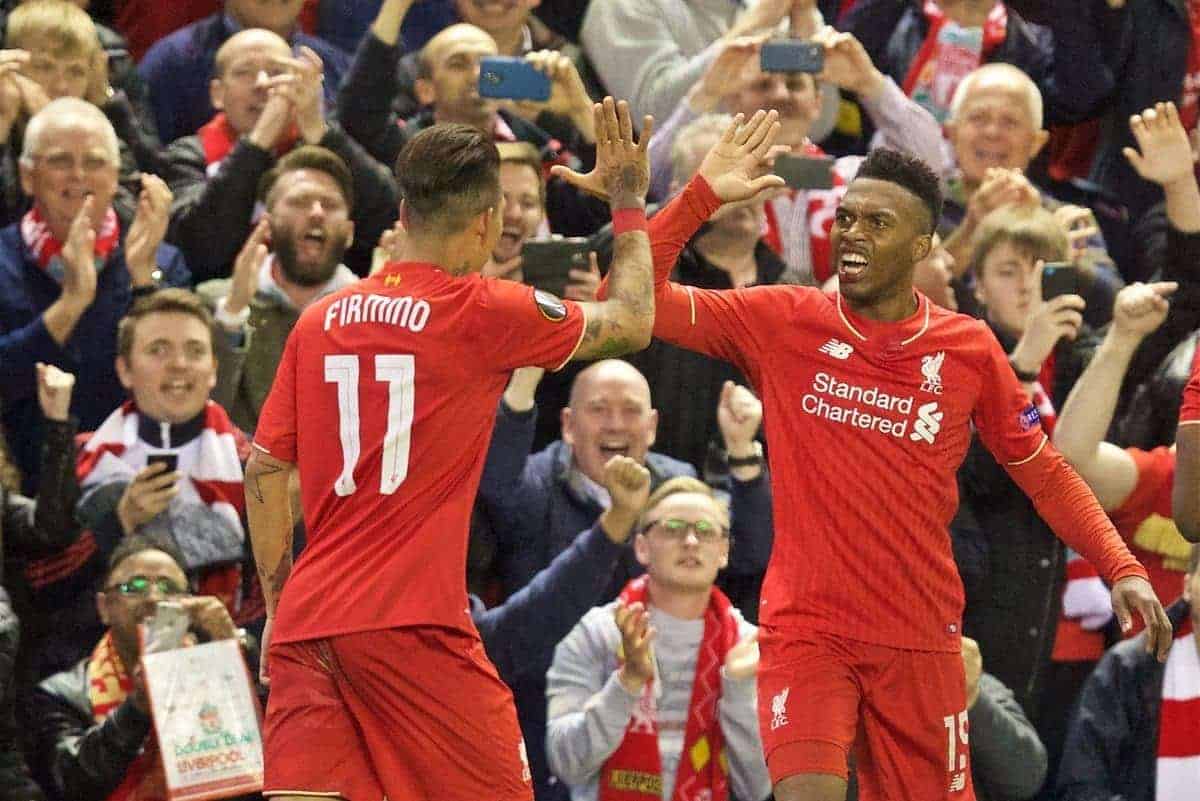 Speaking after Liverpool’s 3-0 win over Villarreal secured progress to the Europa League final, Daniel Sturridge praised the Anfield support for their backing.

The striker scored once and played a big hand in two others as the Reds ran rampant on Merseyside, flattening Marcelino’s limp Villarreal side and sealing a place in the final on May 18.

Sturridge was flanked by the impressive Roberto Firmino, Philippe Coutinho and Adam Lallana in attack, all roared on by an emphatic Anfield support.

Speaking to BT Sport after the game, Sturridge hailed the Liverpool supporters as “top class,” setting his sights on Europa League glory.

“The fans were top class. For the boys it was about soaking up the atmosphere and putting on a performance,” he said.

“In football there’s always going to be ups and downs, but it’s about going onto the pitch and putting your body on the line.”

Sturridge has been in and out of Klopp’s starting lineup since returning from injury, but will have underlined his key status to the German with his performance against Villarreal.

The 26-year-old played a crucial role in the Reds’ high-intensity pressing game—an approach Sturridge referred to as “our style.”

“That’s what we do when we play here, we like to press, we like to be in opposition’s faces,” he continued. “That’s our style.”

Joining Sturridge at full-time, Lallana praised his team-mates’ contribution, and cut a confident figure heading into the final against Sevilla at FC Basel’s St Jakob-Park.

“Credit to the lads tonight, great guts, to get the third goal really killed the game. The lads deserve it,” he enthused.

“It’s a long slog, you’ve got to show the competition respect and I feel we’ve done that over the length of the season.

“We fancy anyone, if we play well, press like that, play for each other, we can beat any team.”

Unai Emery’s Sevilla defeat Shakhtar Donetsk 5-3 on aggregate to reach the final, and will be keen to add another Europa League title after success in the past two tournaments.

But as Sturridge and Lallana will attest, if Liverpool are on their game—as they were on Thursday night—there can be more than a match for any side.