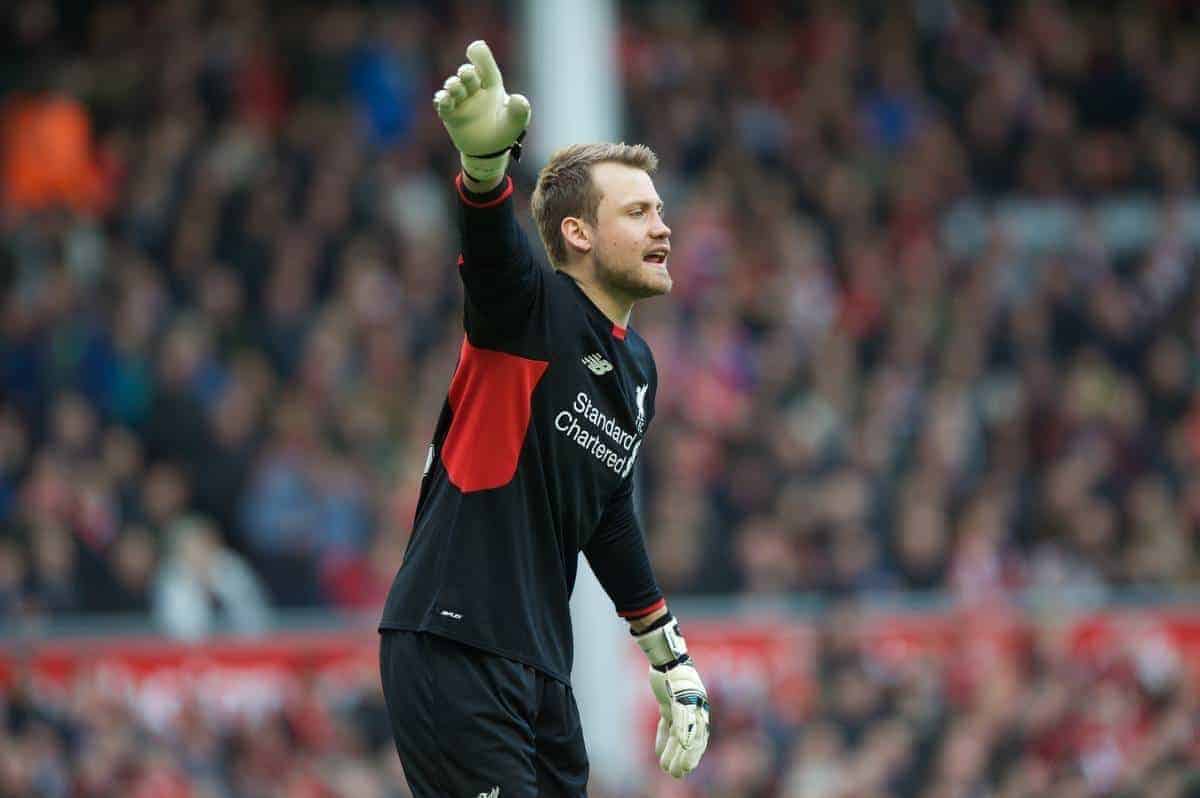 The Reds sealed a relatively comfortable win against the Hornets at Anfield, with goals from Allen and Roberto Firmino either side of half time.

Mignolet had a quiet day at the office in general, but with the score at 1-0, the Belgian made one of the saves of the season to deny Odion Ighalo.

Allen says it was a moment that showed how important the 28-year-old is to this Liverpool team, and feels it was a key moment in the game.

“It’s great to get on the scoresheet, and it helped us on our way [but] I think a lot of credit has to go to Simon,” Allen told Liverpoolfc.com.

“[He made] a great save at 1-0 and it allowed us to go on and get the second goal. We were comfortable from there on in.

“In recent games he’s pulled off some great saves and I think he’s shown how important he is to us.”

The in-form Welshman believes Liverpool’s remaining Premier League games this season, against Chelsea and West Brom, remain important, even though next week’s Europa League Final showdown with Sevilla is clearly the priority.

“We wanted to make sure that we didn’t drop our levels,” he added, with Jurgen Klopp making eight changes to the side that beat Villarreal 3-0 last Thursday.

“We were able to freshen things up with some new bodies coming in, and thankfully we had enough to get the win.

“People have asked is it difficult with the final looming but everyone understands that these games are hugely important.

“[We’re] picking up points in the league but also they enable us to gain momentum and confidence going into [the final].

“We’re looking forward to the next couple of games before the final. Every time you get out there and play, it’s an opportunity to compete for a place.

“Everyone’s excited for that game and wants to do everything they can to get in the team.”

Allen once again put in a Man of the Match performance on Sunday, as he continues his tremendous run of form in 2016.

Klopp was full of praise for the midfielder after the game, admitting the 26-year-old was a huge reason for Liverpool picking up all three points.

“In the meeting today I said it would be cool if he could play ‘Joe Allen football’. Good, brilliant technique, hard-working, very lively, very energetic. He’s a great player,” Klopp said.

“But in good teams, with more good players than you need, you have situations like this (not playing).

“He takes the situation brilliantly, he is a wonderful boy and a professional player. Today, without Joe, the game would have been completely different.”