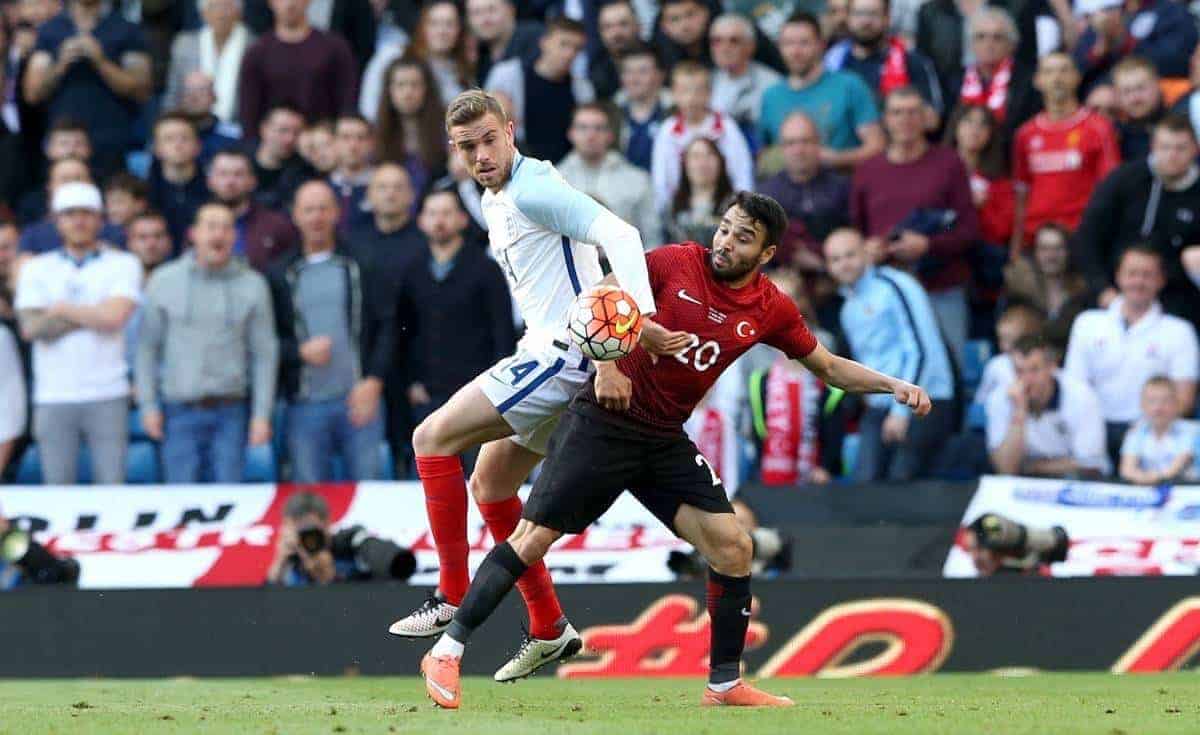 This left Henderson as the sole representative from Anfield as the Three Lions began their Euro 2016 warmup fixtures.

The Reds captain only made the bench, however, with Hodgson opting to field Jack Wilshere alongside Eric Dier in a 4-2-3-1 formation.

Joe Hart took up his regular place in goal behind a back four of Kyle Walker, John Stones, Gary Cahill and Danny Rose, with Wilshere and Dier shielding the defensive line.

It was Kane who broke the deadlock after just three minutes, slotting beyond Turkey goalkeeper Volkan Babacan after a through ball from Alli, with more than a hint of offside in his run.

Turkey equalised shortly after, however, with Hakan Calhanoglu turning the ball home after a mixup between Hart and Rose.

After a quiet opening 20 minutes of the second half, Hodgson introduced Henderson, with the midfielder taking Wilshere’s place in the midfield.

Both Henderson and Wilshere are looking to prove their fitness ahead of Euro 2016, having both missed much of the season through injury, and Hodgson’s approach is likely to continue.

Slotting into a shuttling role in midfield as the Three Lions moved to a 4-4-2 diamond system, Henderson was free to dictate as he moved from box to box.

The Reds captain played a lovely through ball to Vardy on the left wing shortly after his arrival, and the Leicester City striker later went on to win a penalty for England, fouled by Mehmet Topal on the break.

Though Kane missed the resulting spot-kick, England were soon ahead, with a poacher’s effort from Vardy capitalising on a loose ball in the box.

As England saw the game out to a comfortable victory, Henderson did little wrong, keeping his passes neat and his energy up off the ball, and Hodgson will no doubt be pleased with how he slotted in after injury.

Hodgson will oversee two further warmup friendlies, first against Australia at the Stadium of Light on 27 May, before taking on Portugal at Wembley Stadium on 2 June.

The 68-year-old will need to cut three players from his preliminary squad for his final selection for this summer’s tournament in France, and Henderson, Clyne, Milner, Lallana and Sturridge are all likely to keep their places.