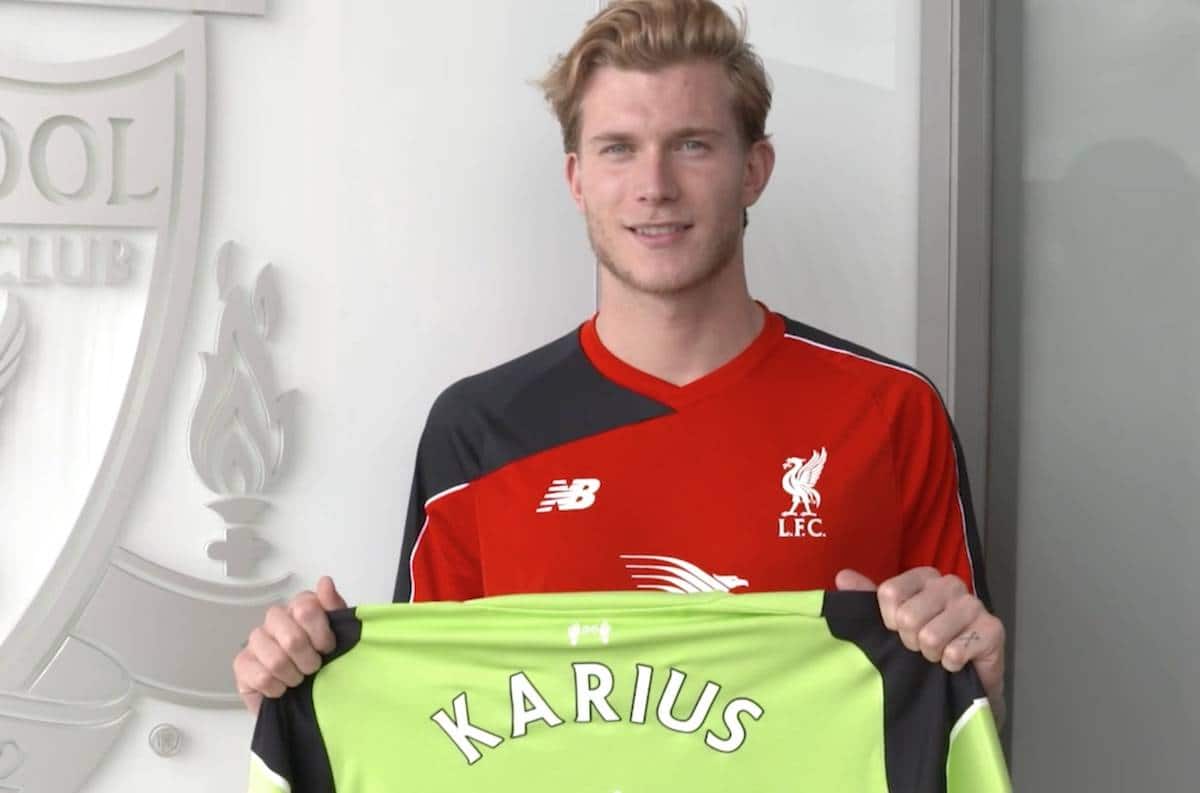 Liverpool manager Jurgen Klopp says he is delighted to have secured the signing of German goalkeeper Loris Karius this summer.

Karius has signed a five-year deal with the Reds, joining from Mainz in a deal worth a reported £4.7 million.

Coming from great stock as a young German goalkeeper, Karius has taken up the No. 1 shirt at Anfield, last occupied by Australian shot-stopper Brad Jones.

The 22-year-old is believed to have arrived to provide competition for current first-choice goalkeeper Simon Mignolet, but as Klopp discussed Karius’ signing, the Liverpool manager indicated that he could come in to play a key role.

“I am delighted we have signed Loris,” he said.

“He has had a fantastic season with Mainz and has developed into a very good goalkeeper since his return to Germany.

“I am really pleased that we were able to move so quickly to get him and that Loris has shown such a desire to come to Liverpool with a lot of other clubs interested in him.

“I know he will add to the quality we have in this position and I look forward to working with him and all our players when we return for pre-season.” Klopp is clearly familiar with Karius’ talents from his time as manager with Borussia Dortmund, and he becomes Liverpool’s second signing from the Bundesliga following the 48-year-old’s arrival.

Karius will join Joel Matip and Marko Grujic in arriving at Liverpool this summer, and as Klopp attests, the speed with which the club were able to complete the deal is a major bonus.

The former Man City youth has not been included in Germany’s squad for Euro 2016, allowing him to join up with his new team-mates for a full pre-season, and is likely to play a big part in Liverpool’s tour of the US, taking in clashes with Chelsea and AC Milan.

He could, though, miss the start of the league season if he is part of Germany’s squad for the Olympics in Brazil as expected.