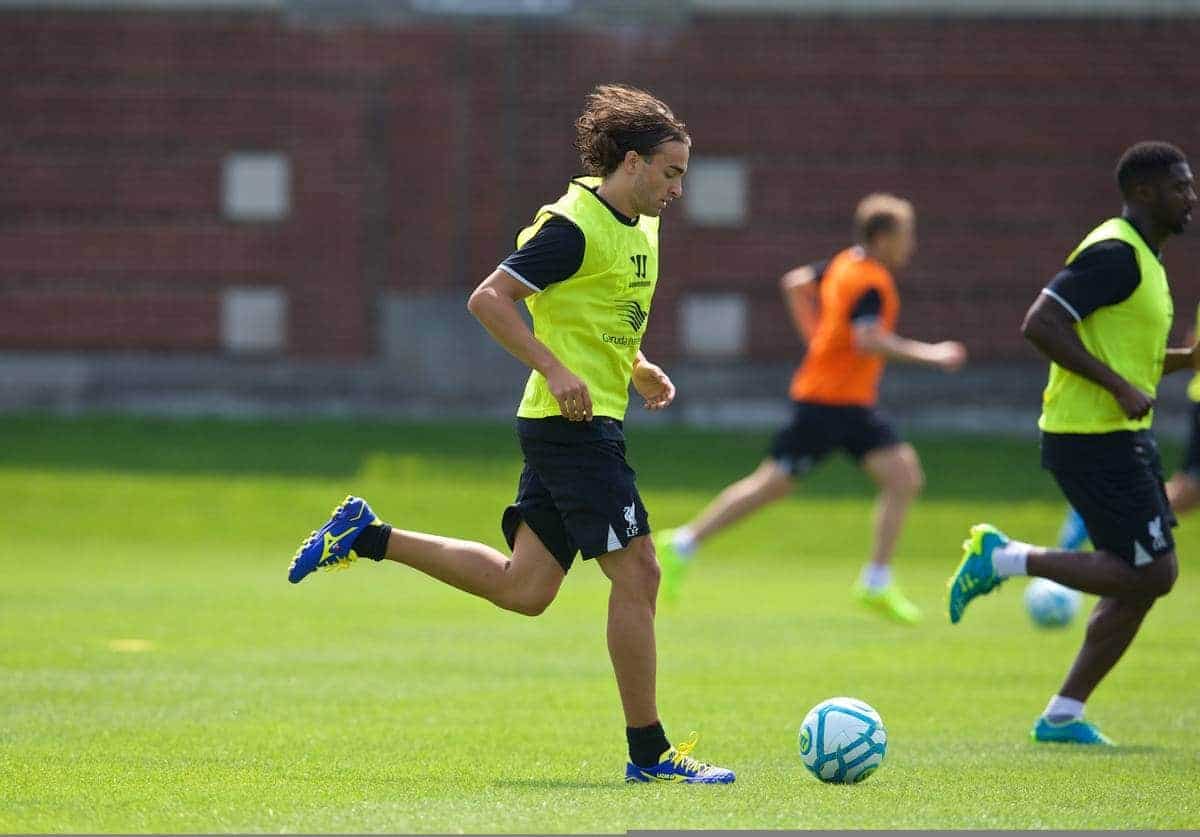 Lazar Markovic‘s season-long loan at Turkish side Fenerbahce hasn’t quite been as successful as he and Liverpool would have hoped, we take a look at the 22-year-old’s season and future.

Turkey’s cultural hub is inexorably linked with feelings of triumph within Liverpool, but when Markovic left Merseyside for Istanbul in August, many questioned the club’s motivation behind agreeing a deal.

After a stop-start campaign under Brendan Rodgers in 2014/15, Markovic showed signs of promise in the Reds’ pre-season tour of the Far East and Australia.

The Serbian winger scored the opening goal in Liverpool’s first warmup friendly against a Thai Premier League XI, showing his predatory instinct to latch onto a Joao Carlos Teixeira through ball before rounding the goalkeeper and slotting home.

But despite some strong showings ahead of the 2015/16 season, Markovic was then sent to Fenerbahce, joining manager Vitor Pereira’s star-studded squad.

Nine months later, however, Markovic’s move to Istanbul looks to have been a wasted venture. Markovic joined a Fenerbahce squad that also included former Premier League stars such as Nani, Robin van Persie and ex-Reds midfielder Raul Meireles, with the former’s position under Pereira under most threat by the arriving loanee.

Greeted by a crowd at the airport on his arrival in Istanbul, Markovic was gifted a Fenerbahce scarf, with his signing clearly capturing the imaginations of supporters.

When the dust settled and Markovic was able to get down to business on the training field, it was Nani that he found as direct competition, and with Pereira considering the former United winger a key player, it was clear Liverpool’s loanee had a challenge on his hands.

Nani started the first three games of the Super Lig season on the right wing, but Markovic’s transition into the squad saw the Portuguese shift over to the left.

Markovic capped his maiden league start for Fenerbahce with an assist in a 2-1 win at home to Bursaspor, riding a strong challenge after cutting in from the right, drawing three defenders out of position with a mazy run and laying the ball into Nani’s path to fire his side ahead.

It threatened to be a breakout moment for Markovic, but a hamstring injury suffered in his next league start against city rivals Besiktas saw his progress stifled.

Sitting out the next fixture, Markovic returned to start the next three league games, as well as a 1-0 win at home to Ajax in the Champions League, but a recurrence of his injury then saw him sit out Fenerbahce’s clashes with Konyaspor and Mersin IY.

Eased back into the team at the end of November, Markovic was able to string together a strong run of form, featuring in eight consecutive Super Lig games, as well as making four appearances in the Turkish Cup.

"Not a moment @celticfc will want to remember!" @LFC loanee @LMarkec50 opens the scoring for @Fenerbahce_EN. #UEL https://t.co/AbJCIpxvfn

The highlight of Markovic’s campaign came with a strike at home to Celtic in the Champions League, showing his pace and attacking power in latching onto a lofted through ball on the break, before eluded Craig Gordon and slotting home on the angle.

Markovic was at his best in 2015/16 operating in this right-sided role, stretching play with his natural width and direct running style, and the 22-year-old won plaudits for his defensive contribution.

Unfortunately, however, hamstring issues loomed once again in February, and it soon transpired that Markovic’s season was over.

Over nine months with Fenerbahce, Markovic made just 21 first-team appearances, including 13 starts, scoring twice and laying on a further three goals, which is no doubt far from the return expected from Pereira on his arrival.

This loan spell promised to revive the devastating, fleet-footed attacking talent that was on show during a title-winning campaign with Benfica in 2013/14.

But while Fenerbahce went close to winning the Super Lig title last season, Markovic’s influence was minimal, owing to his injury problems throughout.

Overall, Markovic missed 147 days through injury, with the Serbian unavailable for selection for 30 games, only returning to feature in Fenerbahce’s Turkish Cup final defeat to Galatasaray at the Ataturk Stadium, replacing Alper Potuk for the final 22 minutes.

This has been a frustrating situation for Markovic, who has endured setback after setback over the past two seasons, initially stemming from a loss of trust from Brendan Rodgers at Liverpool.

Fenerbahce have reportedly bid to extend Markovic’s loan spell for the 2016/17 campaign, but the youngster may be in need of a fresh start.

This could well come under Jurgen Klopp, who will be analysing Markovic’s talents as he builds for the Reds’ pre-season tour of the US.

With Markovic heading back to Melwood for part of his rehabilitation in March, the winger got the chance to meet with his new Liverpool manager, before moving onto Portugal for further treatment.

For Klopp, this was an important step as he plotted for the summer ahead, and speaking shortly after, the German stressed that Markovic would be given an opportunity during the summer:

“I will say at the start of pre-season, ‘Welcome, and then it’s up to you’.

“That is how it is in football, it is a long pre-season and if he wants to come back to Liverpool on July 2, then [he is] welcome.

“We are short on wingers. Everybody who is involved in pre-season can have a part to play.”

Given Markovic’s raw qualities, in terms of pace, movement and width, and his hard work off the ball, Klopp would be wise to welcome the 22-year-old back into the fold for next season.

Having potentially missed out on the signing of Mario Gotze from Bayern Munich, Markovic would provide a cost-effective alternative, interchanging with Adam Lallana in his natural role on the right wing.

As Klopp has proved with improvements in the likes of Emre Can and Roberto Firmino, the German is able to coax performances out of players who struggled at times under Rodgers.

But given the winger’s injury issues in 2015/16, and a lack of European football for the Reds next season, whether Klopp will find a space for Markovic in the long term remains to be seen.

Impress during pre-season, however, and the Serbian certainly has the quality to earn a first-team role for 2016/17.