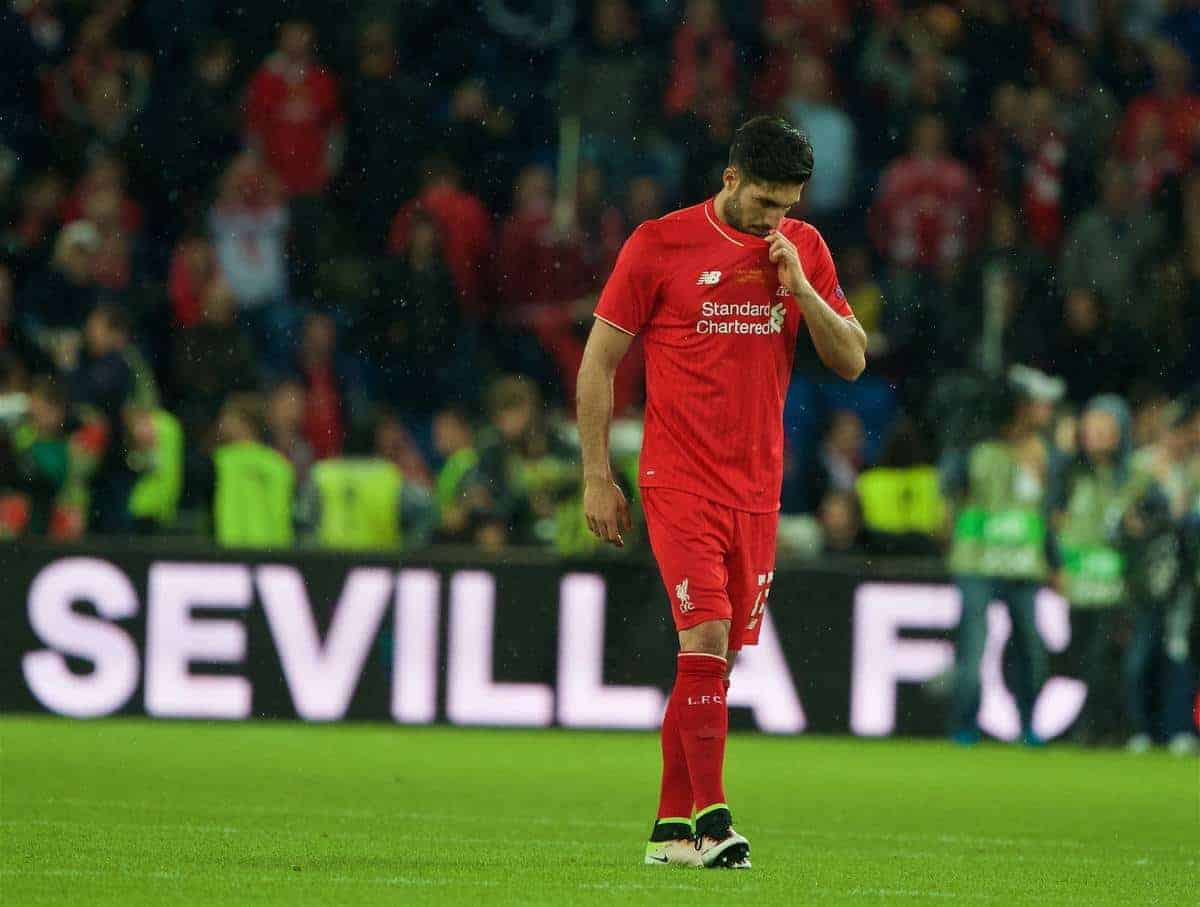 Liverpool missed out on Europa League glory in Basel as Jurgen Klopp’s side went down 3-1 to Sevilla on a disappointing night that provided a mix of talking points.

A disastrous second-half collapse after taking the lead denied Klopp’s Reds the dream ending to the season.

A world-class finish from Daniel Sturridge put the Reds ahead after 34 minutes, giving Liverpool a deserved lead and placing them within 45 minutes of glory and a Champions League return.

But a stunning second-half fightback from Unai Emery’s side, with a goal from Kevin Gameiro and two from Coke, ensured the holders defended their title for a second time, preventing the Reds winning a ninth European title.

Reds pay the price for lack of ruthlessness After taking the lead in the first half, the Reds had the holders on the ropes as they took control of proceedings, and a second goal looked like it would kill the game.

But lacking the bravery that Klopp called for pre-match, and a ruthless streak to punish Sevilla’s wobble, Liverpool generously let their opponents off the hook when they should have pushed for a crucial second goal – too often sluggish and slow to go for the jugular.

And how Klopp’s side were made to pay, with Sevilla showing the Reds how it’s done in a blitzing second half display down the other end.

As soon as Gameiro levelled 17 seconds into the second period, Emery’s side sensed blood, with the Spaniards swarming and attacking with a ferocity and intensity that saw Liverpool collapse.

Sevilla took their chances twice in six minutes through a clinical Coke to take a commanding lead.

The Reds paid the price for their inability to punish Sevilla, and were handed a brutal lesson in how to do it at the same time. It didn’t prove to be the fairytale ending to his Liverpool career he hoped for, but the experienced Ivorian can look back with pride after a superb showing in Basel.

Toure spoke of his desire to end his Reds career with glory as he did his Ivory Coast playing days, and though it is a runners’ up medal he will likely leave Anfield with, his performance certainly deserved more.

The 35-year-old rolled back the years, showing his experience in a warrior-like display, making countless vital blocks and tackles – including a stunning last-ditch lunge on Gameiro in the second half that looked game-saving at the time, but ultimately counted for little.

But Toure refused to give up the fight, scrapping with the lively Gameiro throughout, carrying the battle from the back and showing the natural winning desire and leadership that was sadly lacking ahead of him.

Though not the perfect farewell, if it does prove to be his last appearance for the club he can be extremely proud and he will always be remembered fondly at Anfield – none more so for his final display. The men you look towards to make the difference were nowhere to be seen all evening, with Philippe Coutinho and Roberto Firmino in particular failing to provide even a hint of their usual magic, with the latter withdrawn for Divock Origi after making no impact.

Adam Lallana produced very little other than hard work, and the driving force so often in the European campaign, Emre Can, failed to get a grip of the contest against the excellent Ever Banega, while James Milner failed to offer any leadership when it was needed most.

The failure of such big players to perform left the Reds facing an uphill battle despite taking the lead through Sturridge’s goal – also his only contribution – and while their spirit to strike back has been commendable this season, there wasn’t even a hint of it transpiring at the crucial time.

Until the weak mentality of key men on the big stage improves, fortunes will remain the same.

Playing in his second final in a red shirt, Moreno made headlines for all the wrong reasons once again.

The Spaniard endured a nightmare display at Wembley against Man City in February’s League Cup showpiece, and lessons from that outing failed to be learned, with Moreno producing an even worse performance in Switzerland.

He was at fault for the disastrous equaliser – heading straight to Mariano before being beaten one-against-one embarrassingly easily – and he nearly cost a second goal with dire positioning, completely missing at the back post where Gameiro should have scored from six yards out.

He felt the wrath of Toure for that, but he is likely to feel the wrath of Klopp for such an inept showing in which his lack of basic defending proved so costly on the night.

Failing on the big stage yet again after another up-and-down season on Merseyside, Moreno may yet pay the ultimate price by finding himself heading out of the door this summer.

This result will hurt for a while yet, but attention must swiftly turn to the rebuilding job Klopp has on his hands at Anfield.

This squad have proved their courage, spirit and battling desire as Klopp has attempted to adapt them to his ways, but too often they have lacked when it matters most – as they did at Wembley against City and as they did in Basel once more.

Coming up short on the crucial occasion, compounding a poor Premier League campaign, the time is now for Klopp to build a group in his image.

A goalkeeper, centre-back, left-back and dominant defensive midfielder are sure to be on his list, but most importantly, those with a winning mentality that mirror his own are desperately required.

Klopp expressed his belief in this squad time and again but certain men proved once and for all that they are simply not enough to play a part in his revolution, and for the Reds to come back stronger as the Reds boss said post-match, he will need a better group.