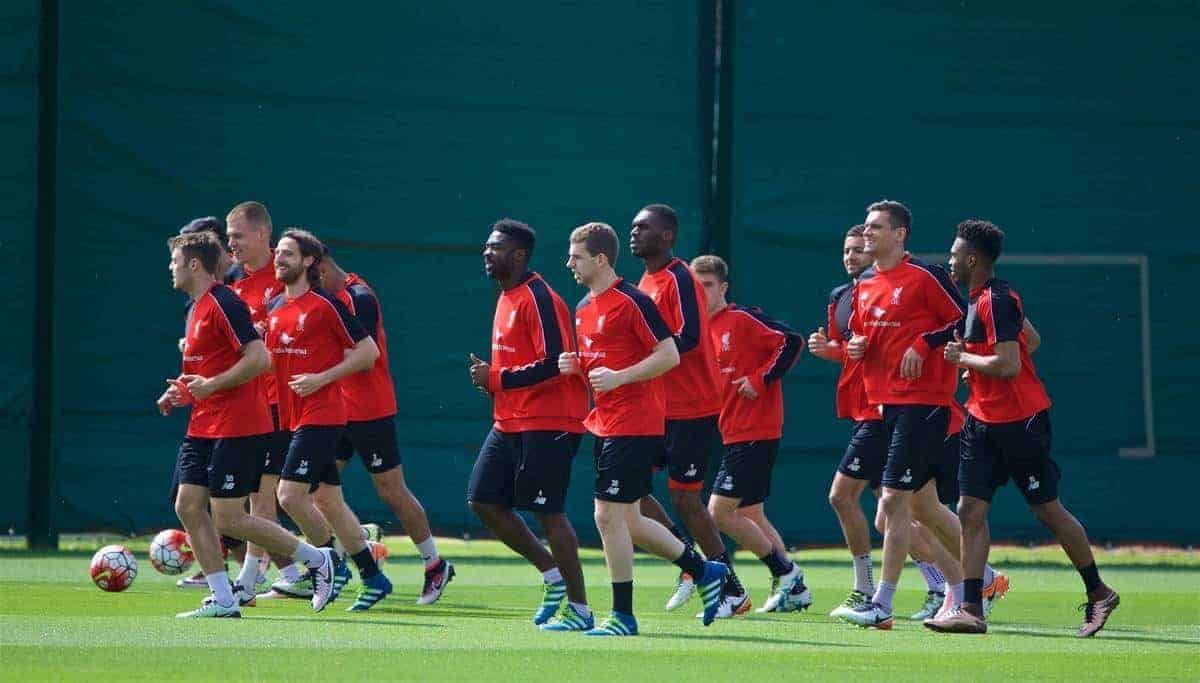 Liverpool FC held their media day at Melwood on Friday, and we were there to get the best photos of the Reds ahead of their Europa League final.

Jurgen Klopp‘s squad continued their preparations for next week’s final clash against Sevilla, with the focus currently on Sunday’s trip to take on West Brom at The Hawthorns.

Welcoming photographers to Melwood to a training session on Friday afternoon, the Reds were put through their paces in the Merseyside heat. Joining the squad for the first time since suffering a knee injury at the beginning of April, Jordan Henderson led proceedings, resuming his role as captain.

The 25-year-old is unlikely to feature against the Baggies, however, instead eyeing a role against Sevilla at St. Jakob-Park.

Midfielder Joe Allen is among those likely to start in the Midlands on Sunday, though the in-form Welshman will also be hopeful of an appearance against the reigning Europa League champions. Daniel Sturridge was all smiles at Melwood, with the striker looking to improve on what was a disappointing performance against Chelsea on Wednesday night.

Whether Sturridge features against West Brom or not is questionable, with Belgian striker Christian Benteke possibly coming in to make what could be his last appearance for the club before a summer move.

Another player who is likely to come in at The Hawthorns is Martin Skrtel, with the Slovak taking a prominent role in training as he too likely prepares for his final outing for the Reds.

Klopp stressed a focus on Sunday’s clash during his press conference on Friday afternoon, saying that it “makes no sense to think about anything else” at this stage.

“It is not about having 50 percent or 30 percent concentration for another thing, that is not how professional football works.

Likely naming a much-changed side on Sunday, Klopp will be hoping for another comprehensive performance from the Reds, gaining momentum for one last push against Sevilla.