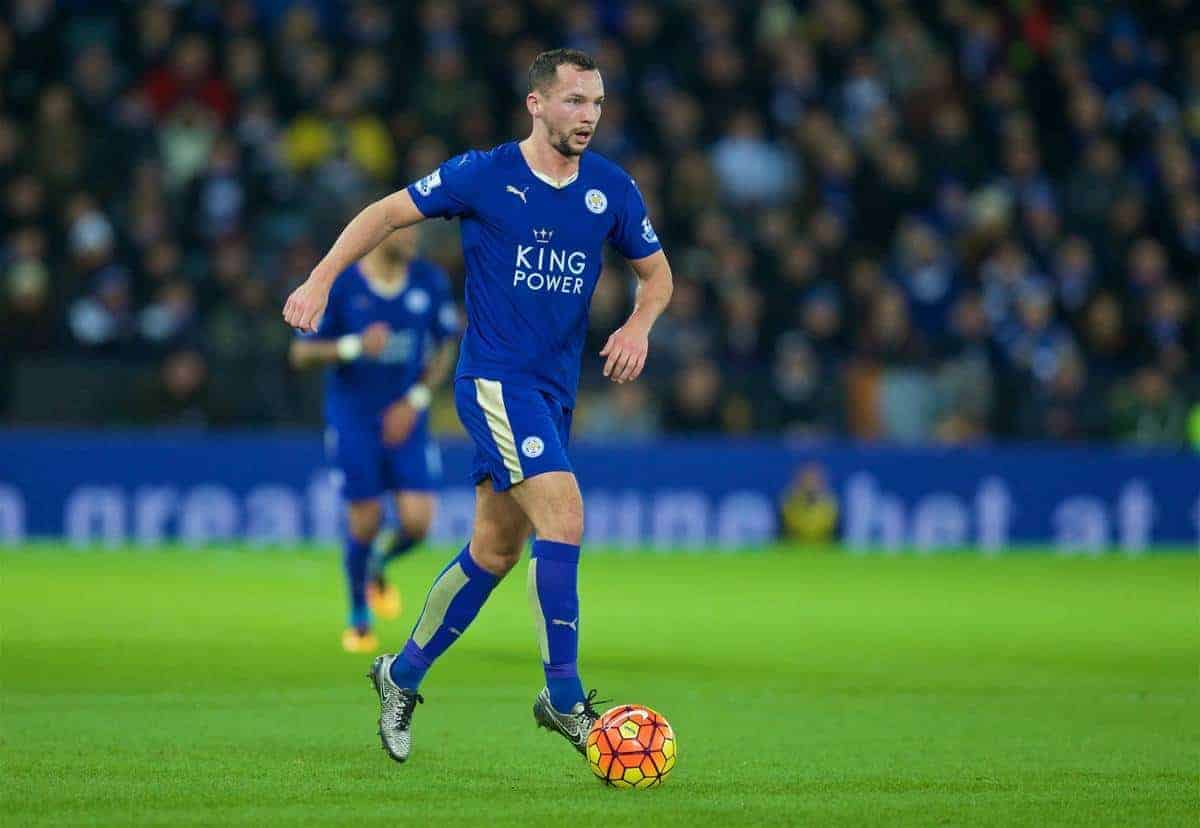 With Liverpool looking to complete a number of early deals this summer, Jurgen Klopp is said to be interested in Leicester City‘s Danny Drinkwater.

Drinkwater is fresh from his Premier League title win with the Foxes, and despite the Reds’ lowly eighth-placed finish, the midfielder has emerged on Klopp’s transfer radar.

The 26-year-old former Man United youth played a key role as Claudio Ranieri’s side completed an unprecedented title run in 2015/16, and is believed to be rated at £14 million.

That is according to the Mirror‘s Steve Bates, who claims that Klopp was “hugely impressed” with the England international’s performances.

Bates suggests that Liverpool’s failure to qualify for European competition next season will not deter their pursuit of Drinkwater, who would be set to play Champions League football with Leicester.

But the East Midlands side face a defining campaign in 2016/17, where they will look to underline their reputation as a top-level force.

And according to Bates, Drinkwater could look to leave for a “big-name club” this summer, no doubt to further his international prospects.

Drinkwater made 35 league appearances for Leicester in 2015/16, scoring three goals and laying on a further eight, forging a strong partnership with the signing of the summer, N’Golo Kante.

Drinkwater’s blend of tenacity and creativity made him a linchpin within the Leicester midfield, driving the Foxes forward with force.

To suggest that Drinkwater lacked the quality required to slot into Klopp’s midfield at Liverpool could be considered risible given his recent exploits, but there is something jarring about Klopp’s rumoured interest.

It can certainly be argued that signing Drinkwater would add another midfielder indistinguishable in quality to the likes of Jordan Henderson and James Milner, when another model is required.

Borussia Monchengladbach’s Mahmoud Dahoud, heavily linked with a move to Merseyside earlier this summer, could be seen as a better fit, offering more variety to Klopp’s ranks.

Whether Leicester, or Drinkwater, would even consider a deal with the Reds this summer is another matter entirely.