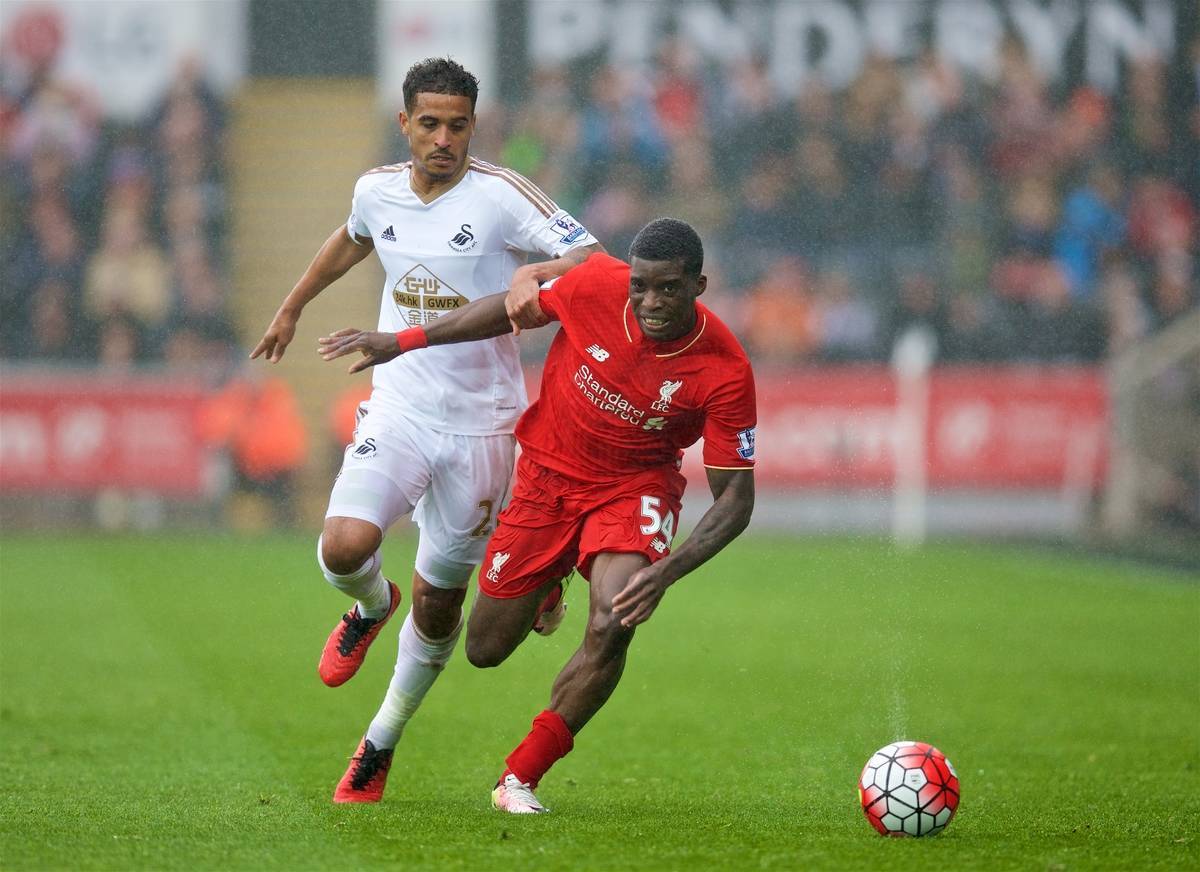 Following Liverpool’s disappointing 3-1 defeat to Swansea City on Sunday afternoon, we assess how each Reds player performed at the Liberty Stadium.

Without doubt, Ward was the only Liverpool player to come out of the game with any credit.

The Welshman made some good saves, including one with his legs to deny Jack Cork, and he generally exuded authority throughout the game.

Clyne was his usual reliable self, but he didn’t exactly set the world alight in any aspect of his play.

He failed to bring much attacking threat down the right flank, despite some trademark bursts, and he was given a tough time by Jefferson Montero.

The former Southampton man rarely has a poor game, but he was average at best against the Swans.

Skrtel was named captain on the day, but he produced a pitiful display at the heart of the Liverpool defence.

He is a player who brings absolutely no calm to the team, and his reckless nature was a massive hindrance. Woeful for Swansea’s third goal and wasteful on the ball a number of times. The 26-year-old has been so impressive of late, but this was one of his poorest showings of the campaign.

One weak tackle in the first half almost led to Andre Ayew opening the scoring, and his positional sense left plenty to be desired.

Looks a different player when paired with Skrtel.

Smith has done well on the rare occasion he has featured this season, but like so many at the Liberty Stadium, he was nowhere near his best.

Defensively, he was all over the place at times, and his sending off for two deserved yellow cards summed up his afternoon. The midfielder has certain qualities to his game, but he is a very limited footballer.

He didn’t do a huge amount wrong against Swansea, but he lost the midfield battle and looked out of his depth at times. Guilty of sometimes trying to be too clever on the ball.

This was Chirivella’s first Premier League appearance, and unfortunately, he endured a torrid time of things.

Time and time again he lost the ball in dangerous areas, and physically he was far too lightweight. Substituted at half-time, which although a real shame, had to be done.

What has happened to the player many felt could reach the same heights as Raheem Sterling?

Ibe was absolutely hopeless on Sunday, running down blind alleys, failing to create and generally cutting a disinterested, ineffective figure.

There must be serious doubts about his long-term future at Liverpool. Despite not playing particularly well, Ojo was one of the Reds’ brighter players in south Wales.

The winger looked a threat with his pace, power and trickery, but too often, his end product was lacking and things fizzled out.

His defending for Ayew’s second goal left a lot to be desired.

The Brazilian was disappointing against Villarreal on Thursday – he was unwell, in fairness – and he was again well below-par at the Liberty Stadium.

He was a little greedy on the ball on occasions, and with young players looking for inspiration, Liverpool’s creative talisman failed to provide it.

Removed at half-time, but that will be to keep him fresh for the second leg against Villarreal.

This was a great chance for Sturridge to show he is worthy of starting on Thursday, but he did his chances no good whatsoever, despite often looking silky on the ball.

His marking was abysmal for Ayew’s opener, he lost possession a frustrating number of times, and barring one lovely chip, he never looked like scoring.

Disappeared down the tunnel very quickly at the end of the game, cutting a very dejected figure.

The 29-year-old added some experienced and quality to the midfield, but he was robbed of possession in the lead-up to the third goal. He has had far better games.

The big Belgian offered something a little different, and scored Liverpool’s goal with a well-taken header.

The game was effectively over when the youngster came on, and he didn’t have enough time to make an impact.

It hasn’t been the greatest week for the Liverpool manager, but there could be little complaints about the changes he made to his team.

Thursday’s game is far more important, it was only right to give fringe players a chance in a relatively meaningless fixture.

He deserves a bit of criticism for not getting a hard-working performance out of his team, though.