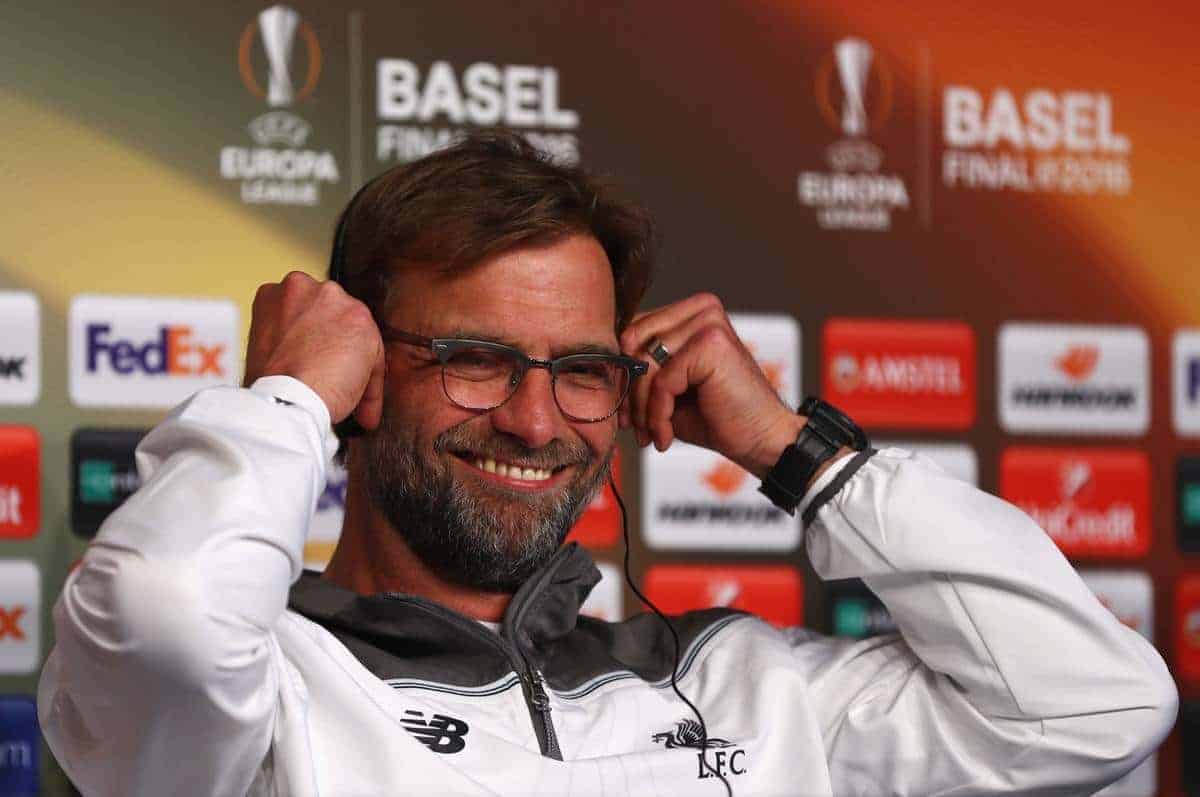 Liverpool manager Jurgen Klopp does not feel he is owed any luck despite four successive cup final defeats as he is confident his players will deliver for him on the big stage.

Klopp has not won in a final since beating Bayern Munich in the 2012 German Cup, but insisted that will have no bearing on the Europa League encounter against defending champions Sevilla in Basle.

"I don't think to be honest I deserve some luck," he said.

"There are only two possible things in a final, you win or lose. The only thing is the performance.

"You would have seen that all the teams I was involved with have done really well.

"I am not frustrated by my final record, it could be a little bit better, I was for sure not happy after finals when I didn't win, but when it's over, it's over.

"And I know we performed to the right level and they were very close games.

"At home I have a little too many silver medals, that's true, but it's better than having no medals.

"For me, when you try hard, and keep trying, then you get there eventually."

Klopp has been impressed by the way the players have adapted to his methods mid-season after he took over from Brendan Rodgers in October.

But it is the change in mindset which has convinced him they are ready to take the next step and win their first trophy since the 2012 League Cup and their first European silverware since the famous Champions League success of Istanbul in 2005.

"I came here because I was really convinced about the qualities of these players and this squad, despite the doubts people had," he added.

"When I came here there was a big amount of doubt about these players.

"I don't think I've ever felt doubt around me. It makes me completely free to make decisions and for my team and myself to be free to develop together.

"To see how they have reached this final gives me a really good feeling.

"Now I am really happy they can show how strong they are and it is a big opportunity to make the final step this season and achieve something.

"We have a big chance and winning tomorrow will make it much more easy for you to see it as a success – and I try to help."

Sevilla coach Unai Emery has urged his players to create history by winning the Europa League for a third successive time, an unprecedented achievement in European football.

"Every time football gives you an opportunity you have to seize it and to write history you have to live in the present," he said.

"We want to relive it and experience it again. We want to grow, be demanding and give everything all the time.

"This is an opportunity to play in a third final and win it to change history and to have our names recorded forever and ever is very motivating.

"We are winners, we are the champions and we have the possibility to defend our title.

"Sevilla does not fail when we are really focused."