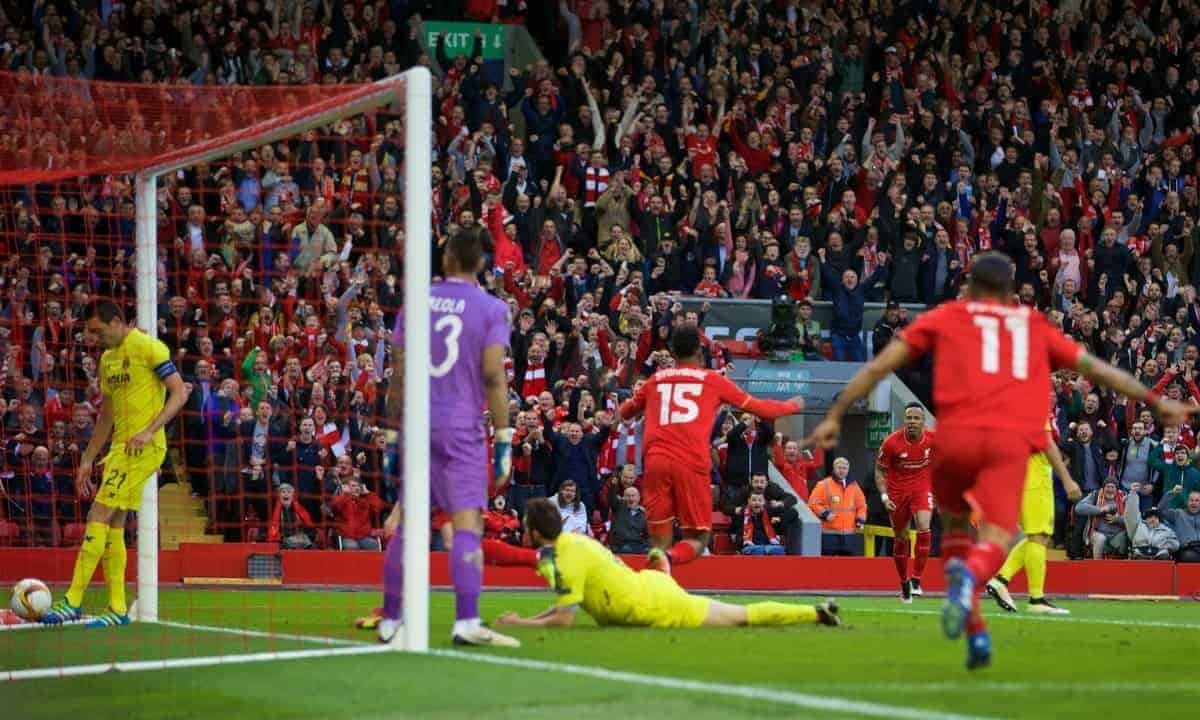 Watch the goals and highlights as Liverpool beat Villarreal 3-0 at Anfield to qualify for the Europa League final.

An own goal from Soriano Llido on seven minutes set the Reds on their way, but it remained at 1-0 at half-time.

Goals were needed in the second-half and Daniel Sturridge finished on 63 minutes to put Liverpool ahead on aggregate.

The semi-final clash was played in front of an electric home crowd, with the atmosphere something to remember.

Jurgen Klopp celebrated with the fans after, and the Reds are heading to the final in Switzerland on May 18th.