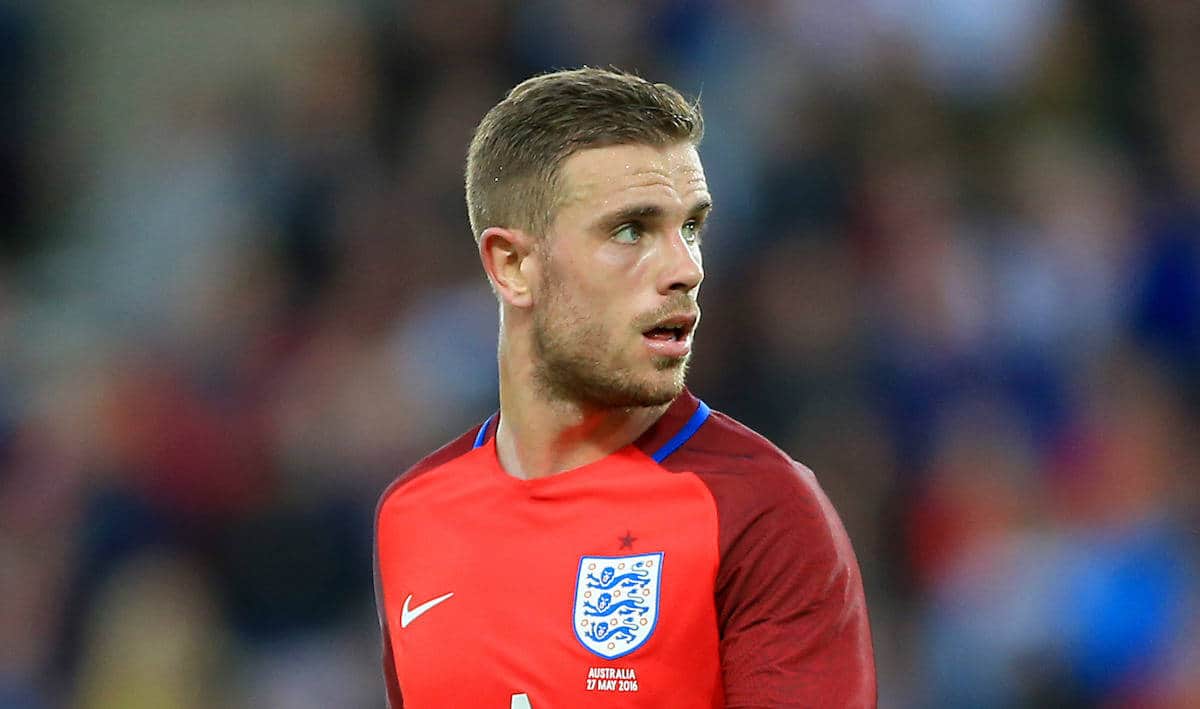 Four Liverpool players are expected to start for England tonight against Slovakia at the Euros, as Roy Hodgson changes his side for the final group game.

It’s reported that Hodgson will freshen the side by making six changes in total, with midfielders Wayne Rooney and Dele Alli, full-backs Kyle Walker and Danny Rose, and attackers Raheem Sterling and Harry Kane the ones dropping out.

In place of them will be Jordan Henderson and Jack Wilshere, Nathaniel Clyne and Ryan Bertrand, and Jamie Vardy and Daniel Sturridge.

That means there will be four Liverpool players in England’s lineup, with Clyne, Henderson and Sturridge joining Adam Lallana in the XI.

A fifth Red in action in St. Etienne will be Slovakia captain Martin Skrtel.

He was asked about going head to head with his club-mate Sturridge ahead of the game. “In a game like this there are no such things as ‘friends’” he said.

“You can be friends before or after the match but not out on the pitch where everyone will be giving his all for his team and doing his best to win the game.

If you asked Daniel, he’d answer the same. We just try and do the best we can for our team. If that means having to kick him if he is through on goal, then yes. Of course I will.”

Hodgson’s decision to make changes is somewhat risky, with England needing a win to ensure they top their group and thus avoid a potentially tough match in the last-16 (possibly against Portugal).

Slovakia need at least a draw to be in with a chance of progressing from the group.

Kick off tonight is 8pm BST.