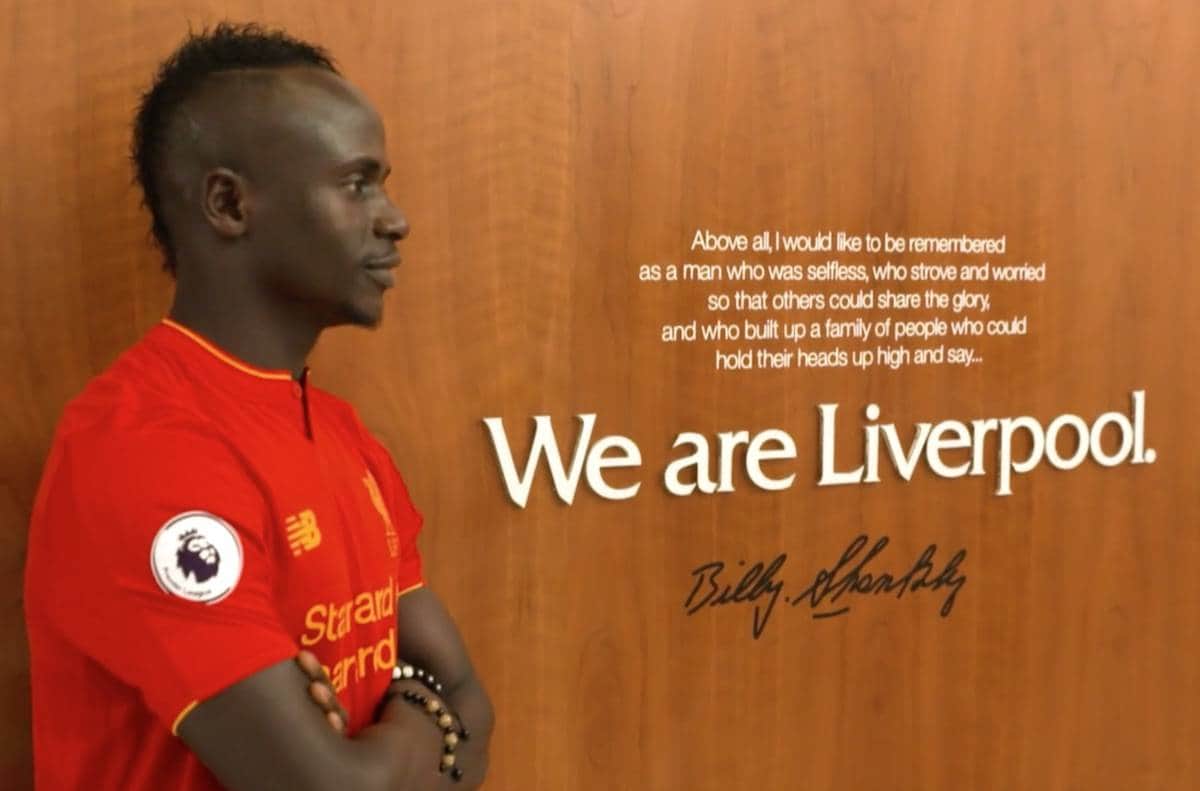 Liverpool have completed the signing of Senegal attacker Sadio Mane from Southampton.

The 24-year-old arrives at Anfield for a fee reported to be around £30 million, making him the Reds’ third most expensive signing of all-time, behind Christian Benteke and Andy Carroll. Some reports have suggested the eventual fee could eclipse the £35 million spent on Carroll.

Mane arrives just in time to join up with his new team mates when they return for pre-season training on Saturday, with Jurgen Klopp keen to have as many of his players available for the full pre-season.

He’ll join fellow new signings Loris Karius, Joel Matip and Marko Grujic at Melwood, and could make his first appearance for the Reds in the pre-season friendly at Tranmere next Friday.

“Today is a big day and I am very happy to sign for one of the biggest clubs in Europe,” said Mane.

“It’s a club that has won a lot of trophies and has a big history.

“Now I am looking forward to meeting all the staff and my teammates and starting the season.”

Mane arrives to fill the void in Klopp’s squad for a pacy wide player who can contribute goals. He scored 15 and assisted nine last season, and 13 goals and nine assists again the season before.

His 21 Premier League goals in his two seasons at Southampton is more than any other Liverpool player during that time – with Philippe Coutinho with 13 the Reds’ best in that time.

The versatile attacker can play anywhere across the forward line but is most at home on the right of the three behind the forward.

Mane broke Robbie Fowler‘s record for the fastest ever Premier League hat-trick when he scored three goals in 2 minutes 56 seconds against Aston Villa in his first season in England.

While some supporters may balk at the fee involved, it represents how inflated the transfer market is this summer with new TV deals worth £8 billion kicking in next season. Liverpool will look to recoup a large amount of the fee by offloading Christian Benteke.