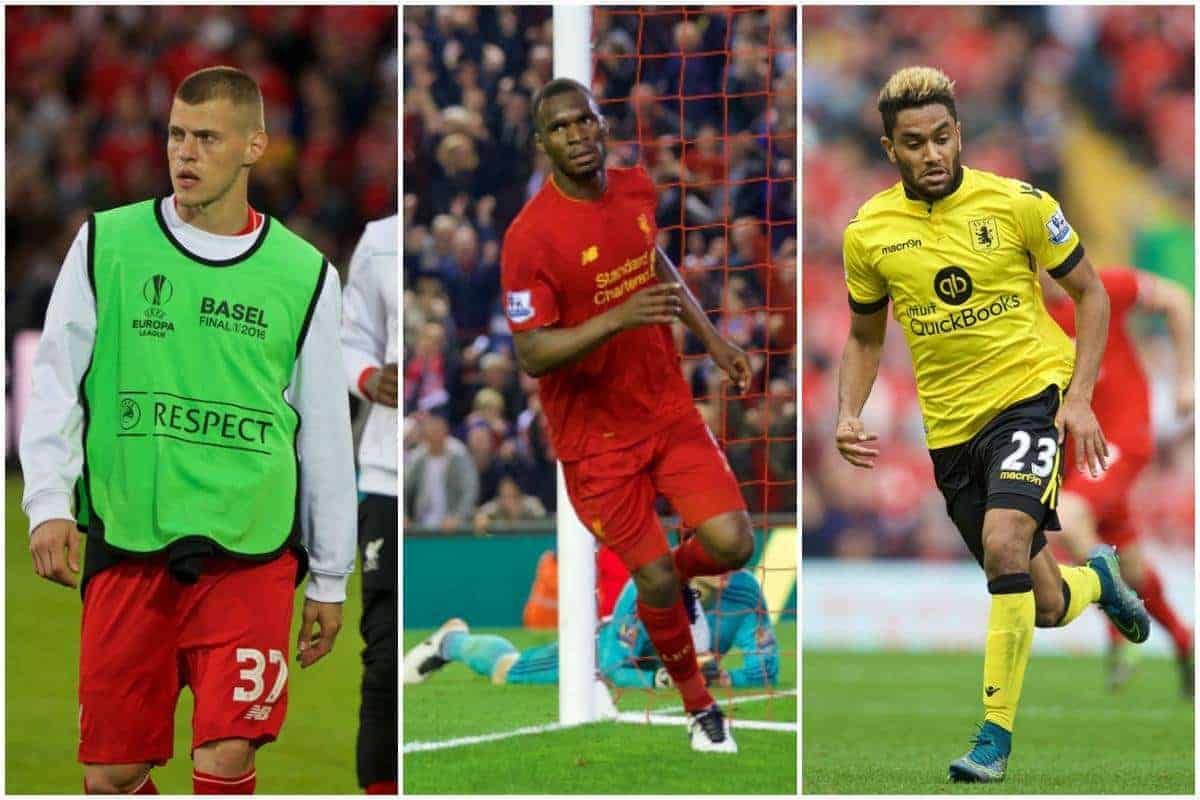 Friday’s rumour mill brings talk of potential destinations for some of Liverpool’s unwanted players this summer.

By our reckoning there’s 21 nailed on departures this summer – whether on loan moves or permanent deals – (read who here), adding to Jose Enrique, Jordan Rossiter and Jerome Sinclair.

With no European football next season, the Reds could play up to 20 games less next season and fringe players will need to leave to get regular football.

Benteke to Chelsea… or Juve

Chelsea have lined up a potential move for unwanted Liverpool forward Christian Benteke this summer – but only if they fail to re-sign Romelu Lukaku.

This is according to to Matt Hughes of the Times, who reports that Lukaku is Antonio Conte’s first-choice, with Chelsea expected to sell Diego Costa back to Atletico Madrid this summer.

Whether Benteke ends up at Chelsea or not, the Londoners interest in him will at least help with Liverpool’s asking price this summer.

Another team linked with the Belgian today is Italian giants Juvenuts (via La Gazzetta dello Sport) who apparently see him as a potential replacement for Alvaro Morata. Left-back is probably high up on everyone’s list of ‘where Liverpool need to strengthen this summer’ and the Reds have been linked with plenty already since the season ended and Alberto Moreno produced some kamikaze defending in the Europa League final.

Ben Chilwell (Leicester City) and Jonas Hector (Cologne) seem the first choice options, but others have been linked too, with back up options being sounded out too.

The latest is a bit left field, with French newspaper L’Equipe claiming we are interested in signing Aston Villa‘s Jordan Amavi.

They claim Liverpool have already contacted Amavi’s representatives to let him know of their intentions to sign the French defender this summer.

The 22-year-old missed much of last season due to cruciate ligament injury, and this report claims AC Milan and Lyon are among the interested clubs – with a fee of £10.8 million claimed! Let’s leave that one eh.

In the wonderful world of transfer rumours, two plus two often equals five. Right now, with Liverpool having a German manager who knows the Bundesliga, the easiest rumours are those linking Liverpool with German players.

Mind, there might be more to it than just that, seeing as the Premier League is currently plundering Bundesliga for all it’s best players.

The Reds scouted Schalke’s teenage winger Leroy Sane last season and one who also caught the eye is Max Meyer – a versatile attacker who could play anywhere in the three behind the forward.

The 20-year-old, like most Bundesliga players, has been speaking about wanting a move to England at some point in his career.

“If I left Schalke and was going to play football in any other league in Europe I would like to move to England,” he says.

Meyer is one who our man PJ Vaughan highlighted a couple of years ago in his piece on the best young talents in Europe.

That’s a sentence worth reading again. If you didn’t choke on your cornflakes while reading that in the Mail this morning.

£7 million for a 31-year-old out-of-favour centre-back.

Skrtel was behind Sakho, Lovren and Toure, arguably Lucas even, at the end of last season, and with Joel Matip already signed, plus Joe Gomez returning from injury this summer, the Slovakian will be departing Merseyside for sure this summer. £7 million would be good business.

A good showing at the Euros could drive Skrtel’s price up further. Here’s hoping.