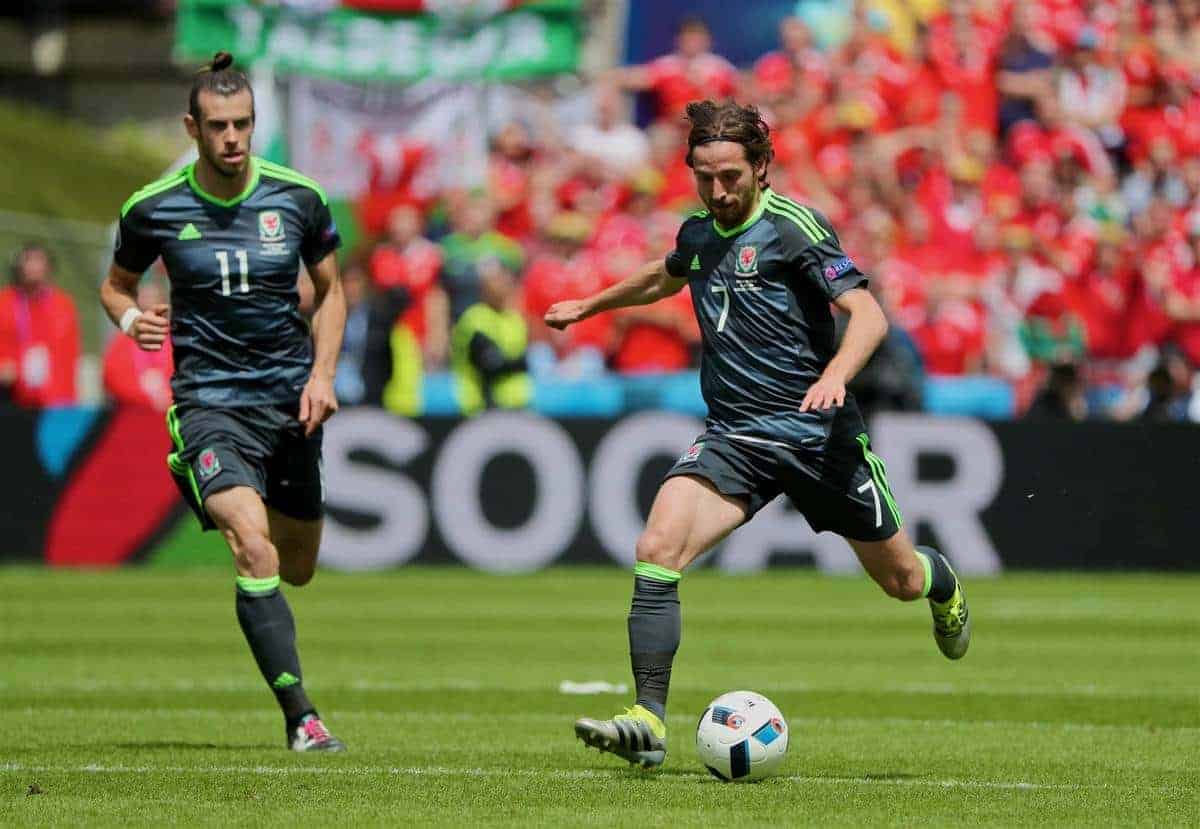 Goals from Aaron Ramsey, Neil Taylor and Gareth Bale made the headlines, but Allen was again outstanding in the middle of the park.

He assisted Ramsey’s opener with a delightful through-ball, and generally exuded class from start to finish in Toulouse.

The Reds midfielder was delighted after the game, admitting it was a night that will live with him forever.

“What a night, one I’ll never forget,” said Allen.

“I thought we started the game so well and from start to finish, we thoroughly deserved the win. To win in style like that is a special moment for Welsh football.”

It was another night that must have had Jurgen Klopp questioning whether he should offer Allen a new contract at Liverpool this summer.

The former Swansea man is enjoying a superb tournament – he has genuinely been one of the most impressive midfielders on show – following an increasingly influential 2015/16 campaign at Anfield.

Is someone like Piotr Zielinski really going to be an upgrade? It’s certainly up for debate.

Allen has become something of a cult figure in recent months, with his Andrea Pirlo-esque features drawing comparisons with the Italian legend’s footballing ability as well.

The bottom line is that he is a very talented player worth persevering with. Klopp would be mad not to keep hold of him, assuming Allen himself doesn’t want a fresh challenge and guaranteed first-team football.