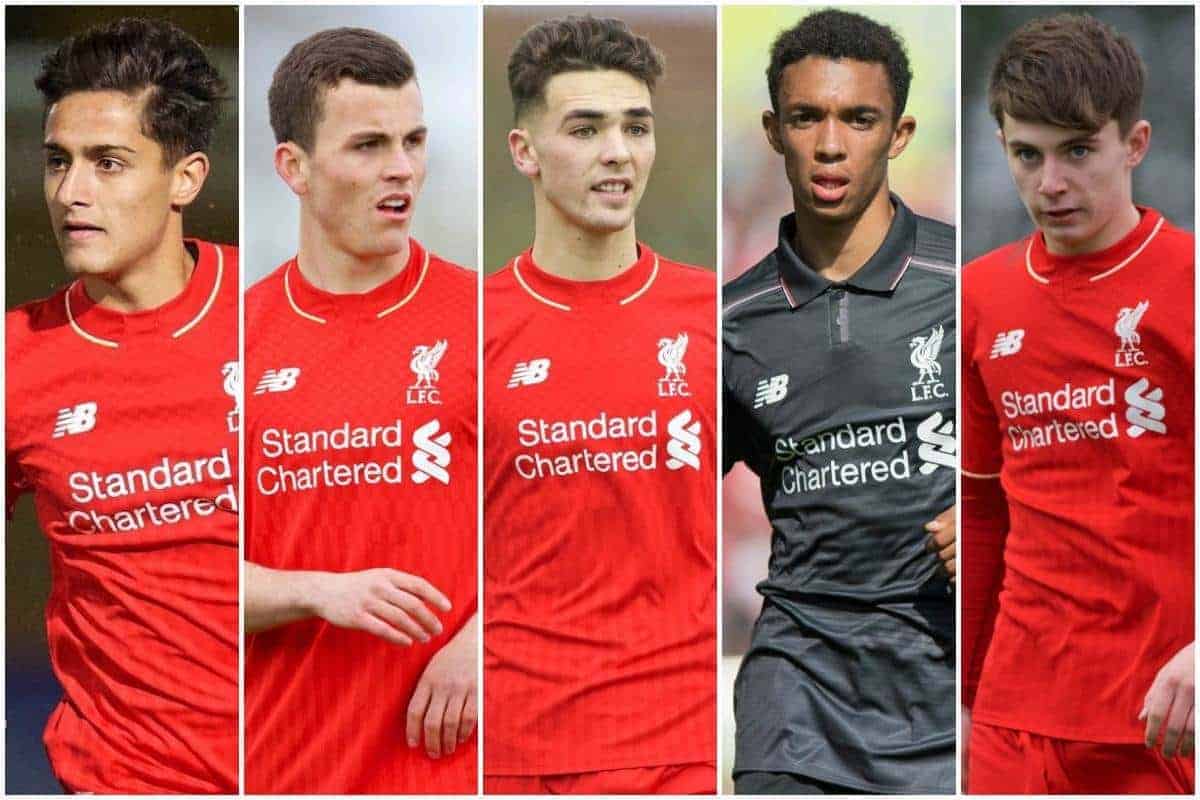 Ahead of another busy season for the Liverpool academy, a number of young stars can look forward to a breakout 2016/17.

While all eyes will be on Jurgen Klopp‘s first team and their efforts to secure Premier League and cup success this season, there is a lot to look forward to in Liverpool’s youth ranks.

Under-21s manager Michael Beale and his under-18s counterpart Neil Critchley have welcomed their players back to Kirkby after the summer break, with targets drawn up and ambitions established.

For some, this could be earning early passage to Klopp’s senior squad, while for others simply continuing their development under the radar.

Here are 10 Liverpool academy players worth keeping an eye on throughout 2016/17. Wirral-born goalkeeper Shamal George was a surprise inclusion in Klopp’s matchday squad on a number of occasions in the latter half of 2015/16, often serving as third-choice goalkeeper ahead of Adam Bogdan.

Though the 18-year-old failed to make an appearance for the senior side last season, he could play a prominent role for the U21s in 2016/17.

Depending on the futures of Bogdan, Danny Ward and Ryan Fulton, who are all likely to leave the club on loan, George could begin the campaign as Beale’s No. 1, vying with Andrew Firth. Despite only making his U21 debut last season away to Sunderland in October, young centre-back Conor Masterson will make the step up to Beale’s squad in a regular role in 2016/17.

Likely taking Daniel Cleary’s place alongside Tom Brewitt at the heart of the U21s’ defence, Masterson is likely to outshine his outgoing compatriot, as he currently represents the best centre-back in the academy.

Fellow defenders Kane Lewis and Mich’el Parker are also ones to watch throughout the new campaign. But dropping back down to the academy ranks, he captained Critchley’s U18s throughout 2015/16, and while it is unclear whether he will step up to the U21s at this stage, he is certainly ready to do so.

Tall, athletic and intelligent, Alexander-Arnold is most often seen at right-back, but is arguably best in the middle of the park. Joining Beale’s U21s this season, Adam Phillips is Liverpool’s finest young creative talent, and should shine filling the void left by Cameron Brannagan, who moves up to Klopp’s first team.

Gifted with guile, vision and a canny dead-ball ability, Phillips also possesses off-ball tenacity to shine under the German in the future.

Like Brannagan and Jordan Rossiter before him, it would be wise to avoid comparing Phillips with ex-Reds captain Steven Gerrard, but he has the potential to go on to star in the Liverpool midfield.

Yan Dhanda is a mercurial attacking talent who struggled with consistency throughout 2015/16, but blessed with the nimble frame and agility to shine, he could make the step up this season.

Able to play a number of positions, Dhanda can assume a leading role under Critchley in 2016/17, and challenge the likes of Phillips and Brannagan for a role in Klopp’s long-term thinking.

Recovering from injury to return for the new campaign, Dhanda will be targeting a breakout season. While the diminutive Dhanda is perhaps more in line with Rodgers’ vision of attacking potential, his physically adept counterpart Ovie Ejaria may endear himself more to Klopp.

Way ahead of the game for his age group, Ejaria has the ability to dominate the midfield battle, but also pairs this with a fine creative bent.

A tactically intelligent, powerful option, Ejaria should continue his strong development if he steps up to Beale’s ranks on a full-time basis in 2016/17.

Liverpool signed young Dutch winger Bobby Adekanye from Barcelona at the beginning of July last year, and debuted in front of over 4,000 people in the U18s’ 2-0 win over Cork City days later.

However, he was unable to feature on a regular basis for the Reds’ academy sides until November due to work-permit issues, with injury problems then hampering his progress under Critchley.

Having returned to full fitness, Liverpool supporters can look forward to big things from a powerful, skilful winger, who will provide the U18s with a great creative talent from either flank.

American forward Brooks Lennon joined Liverpool from Real Salt Lake City around the same time as Adekanye last summer, and similar work-permit issues kept him from making his debut for the club until December.

However, after obtaining an Irish passport the 18-year-old made two appearances in a week, first for the U18s against Everton and then in the U21s’ 2-0 Premier U21 League International Cup win over Celtic, replacing Jerome Sinclair to score the young Reds’ first.

Sinclair’s departure for Watford this summer could serve as a cautionary tale for Liverpool’s young strikers, but the versatile, highly gifted Lennon has a genuine chance of earning a first-team spot in the coming years.

One of the breakthrough stars of the academy last season, Toni Gomes is a pure, dynamic goalscorer, whose all-round attacking game could make him a regular feature for Beale’s U21s in 2016/17.

Gomes operates in a fluid role in the forward line, comfortable both drifting into the wide areas and spearheading attacks as a centre-forward, and he provides a different option to the refined Lennon.

Though still in the early stages of his development, Gomes’ goals will be of huge importance to the U18s and U21s this season, and Klopp will no doubt be watching on. Young academy forward Ben Woodburn grabbed the headlines in January for his stunning strike against Cardiff City, taking a long ball down on his chest before chipping a volley into the back of the net.

It was a moment that encapsulated the 16-year-old’s talent as an out-and-out poacher, but Woodburn has also proved useful to the U18s with his ability to operate out wide.

He is still very young, but there are shades of Robbie Fowler in Woodburn that Critchley would be wise to nurture throughout 2016/17.