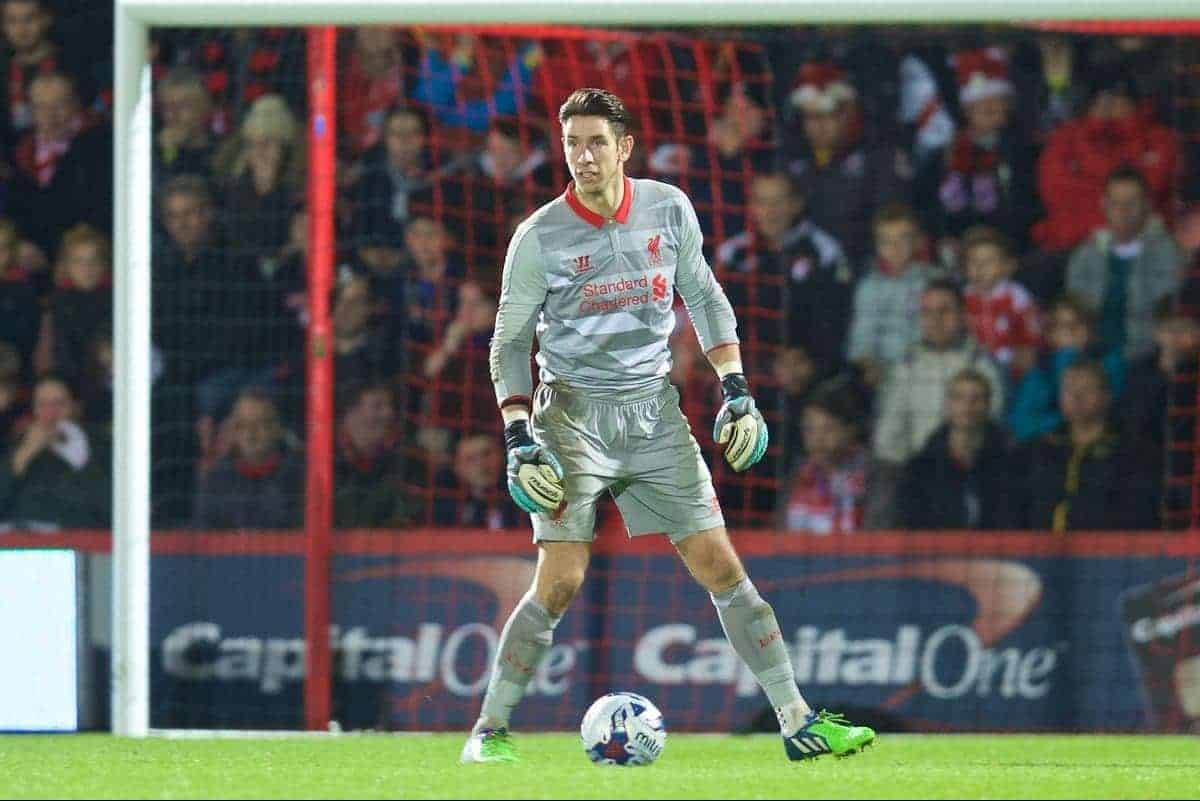 Former Liverpool goalkeeper Brad Jones is back training with the first-team squad, but only to help him with his fitness.

It is a piece of news that will likely have stunned many Reds supporters – and provided endless clickbait for some – but there is more (or less) to it than first meets the eye.

Jones, who left Liverpool a year ago, is currently a free agent, and the club are allowing him to train at Melwood in order to improve his fitness.

The Australian has just completed a short stint at Dutch Eredvisie side NEC, where he chose to leave in order to find a new club.

After was released by Liverpool last summer, his move to Bradford City was not a success and he managed just three appearances at Valley Parade.

Jones’ Reds career will never be one that is looked upon too fondly by supporters, but he is a likeable presence around the club.

Signed from Middlesbrough for £2.3 million in August 2010, the 34-year-old only represented Liverpool 27 times in the five years that followed.

He often looked out of his depth when he was given a chance to shine, with one appalling display in the FA Cup against Oldham Atheltic a low point.

Jones did enjoy one memorable Reds performance, however, away to Blackburn Rovers in the Premier League in April 2012.

He saved a Yakubu penalty, having just come on as a substitute after Alexander Doni’s red card, and Liverpool eventually won the game 3-2.

Jones felt like a strange signing at the time, and very little over the next five years did much to alter that opinion.

He was seen as a popular member of the squad, though, and that has no doubt played a part in Jurgen Klopp‘s decision to allow him train with some of his former teammates.