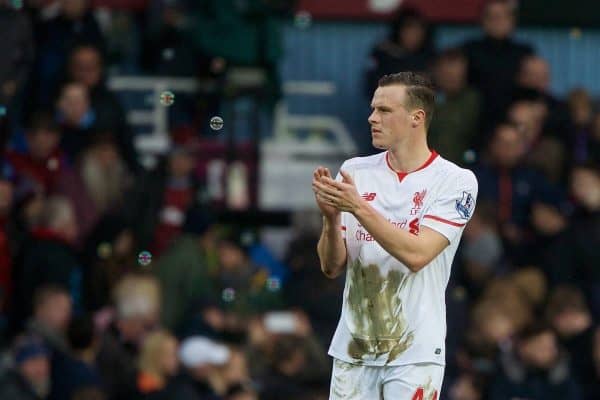 Smith joined the Reds in 2008, emigrating from his home country to link up with the club’s academy at Kirkby.

The 22-year-old made his debut for Liverpool at the end of 2013, but fell out of favour under Brendan Rodgers and was left without a contract last summer, before renewing his terms on the arrival of Jurgen Klopp.

He made 10 appearances under the German in 2015/16, but Bournemouth‘s big-money offer was deemed too good to turn down.

Smith returned from Liverpool’s training camp at Stanford University on Monday night, before agreeing personal terms with the Cherries and undergoing a medical.

The Australia international signs on a long-term deal, but Liverpool have negotiated a buy-back clause in the deal that could see him return to Merseyside for a set fee in the next two years.

Klopp will now begin his search for a new left-back, having been left frustrated in his attempts to sign Ben Chilwell from Leicester City.

Liverpool saw their £7 million bid for the 19-year-old rejected, and with the Foxes holding out for closer to £10 million, Chilwell is now set to sign a new five-year contract with the club.

PSV Eindhoven’s Jetro Willems and Aston Villa‘s Jordan Amavi have both been linked with moves to Merseyside in recent days.

Meanwhile, former Barcelona youth Juanma is on trial with Michael Beale’s under-23s side.

This is Anfield wish Brad the best of luck.