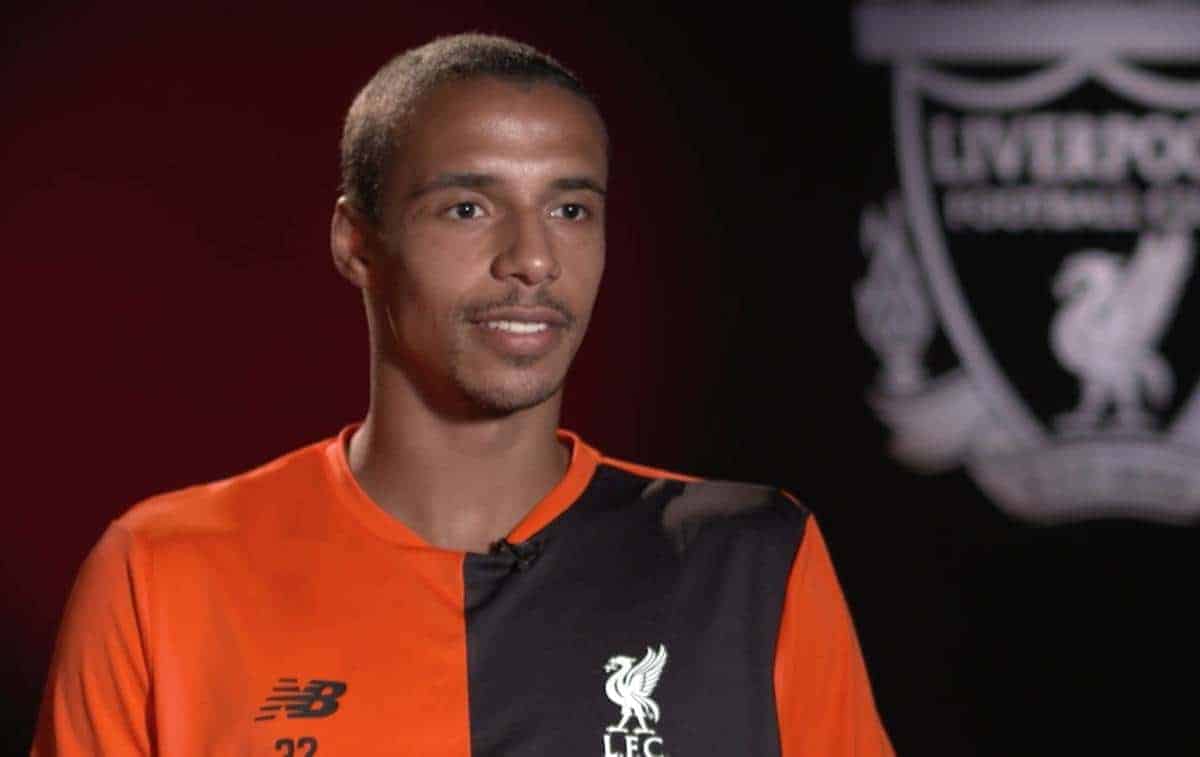 Linking up with Jurgen Klopp and his new Liverpool team-mates on Saturday, centre-back Joel Matip is hoping to add goals not just stop them.

The Cameroon international joins the Reds on a free transfer, after 16 years with Bundesliga outfit Schalke, and took part in the first training sessions of pre-season this weekend.

Though still only 24, Matip has seven seasons of top-flight experience, and Liverpool supporters will relish his strong defensive presence at the back.

“I’m a defender, in the air and on the ground, and I’m always looking to play in front,” he told LFCTV on his arrival, “and I’m always good for a few goals.”

Matip will join Dejan Lovren, Mamadou Sakho and Joe Gomez as Klopp’s centre-back options for 2016/17, but unlike his new team-mates his ability to find the back of the net is particularly useful.

During his time with Schalke, Matip scored 23 goals in 258 appearances, including a header against Bayern Munich on his debut for the club in 2011.

In his final season with the club in 2015/16, he scored four goals, more than Sakho and Lovren combined (three), and one fewer than the Premier League‘s top-scoring centre-back, Scott Dann.

His best goal tally for a single campaign came in 2011/12, when he netted five times in 47 appearances.

Only two centre-backs have scored more than 23 goals in Premier League history, in John Terry (40) and William Gallas (25), while Sami Hyypia remains the Reds’ highest-scoring centre-back in the English top flight, with 22.

Matip’s goalscoring prowess is largely indebted to his aerial ability, with the versatile talent’s 6’5″ frame allowing him to dominate in both penalty areas.

Though Lovren and Sakho both scored crucial headers for the Reds in 2015/16, most notably the former’s winning strike against Borussia Dortmund in the Europa League quarter-finals, Matip’s presence is much-needed.