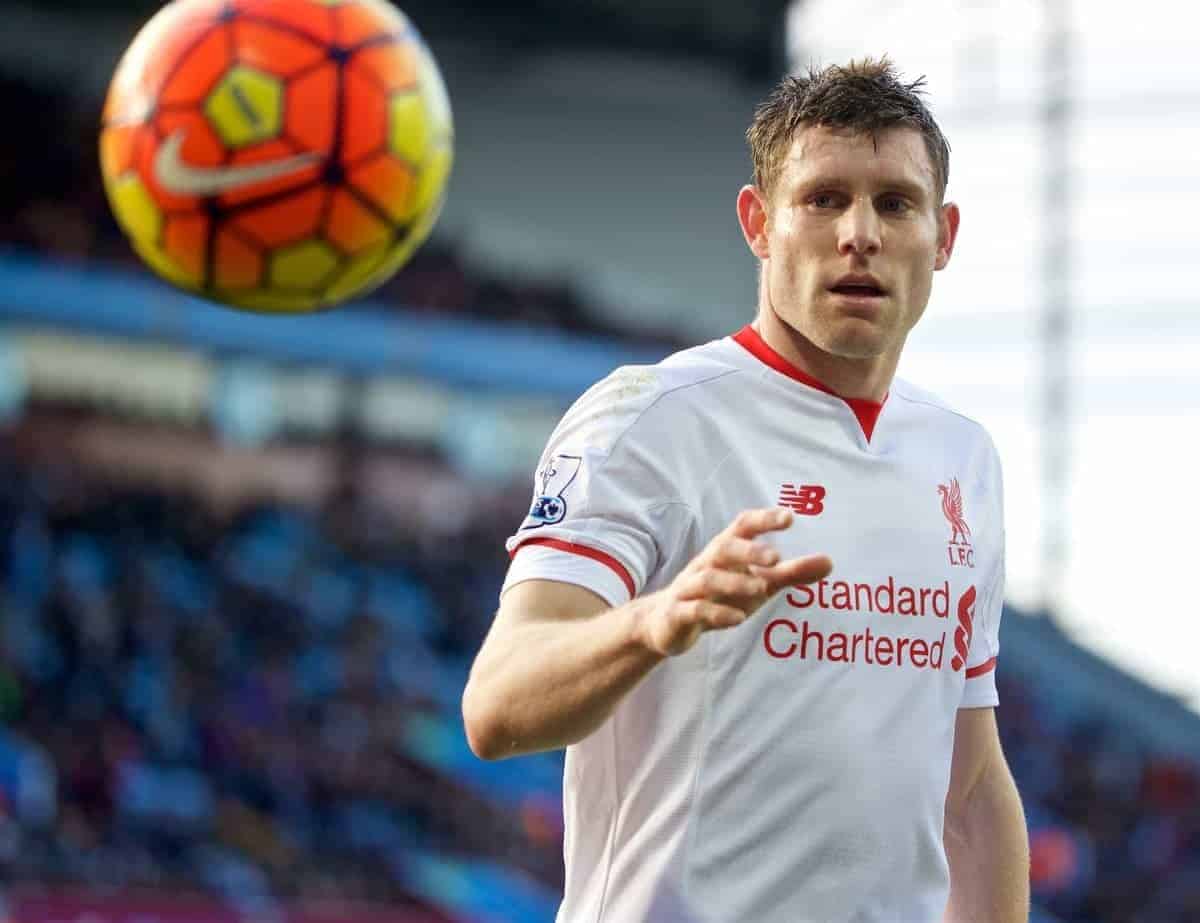 If his search for a long-term cover at left-back doesn’t come to fruition, Jurgen Klopp is planning to field James Milner in the role.

Klopp is pushing to sign a left-back that can provide competition for current first choice Alberto Moreno, but his efforts have so far proved futile.

Leicester City teenager Ben Chilwell signed a new five-year deal with the Foxes on Thursday, effectively ending a pursuit that saw the Reds table a bid worth £7 million in June.

Jetro Willems, Jordan Amavi, Jordy Gaspar and Juanma have all been mooted as possible alternatives, with Klopp’s need for cover magnified following the departure of Brad Smith.

Smith was widely considered backup to Moreno before he made the £6 million move to Bournemouth, leaving a hole in Klopp’s squad.

Now, according to the Liverpool Echo, the German is planning to utilise Milner as a makeshift full-back.

James Pearce writes that “there are no guarantees that [Klopp] will dip into the transfer market,” as he looks for “a long-term option rather than a quick fix.”

Milner is capable of filling in at both left- and right-back, though speaking in March he said that “it’s not a position I want to play.”

However, the 30-year-old admitted: “But the team comes first before any individuals and we got the result we needed which is all that matters.”

Circumstance may dictate Milner’s role this season, with Klopp bringing in further reinforcements in both midfield and attack, with Marko Grujic, Georginio Wijnaldum and Sadio Mane all arriving.

Milner could struggle for regular game time in his preferred roles in the centre of midfield and on the wing, but remains a valuable asset to Klopp.

His strong work rate and defensive diligence make him a solid candidate for the role of backup full-back, while his delivery from out wide could suit Liverpool if he is allowed to push forward.

Using Milner in the role would give Klopp the freedom to sanction the departures of Andre Wisdom and Jon Flanagan, while letting Trent Alexander-Arnold drop back down to the under-23s setup.

This would likely see Moreno, Milner, Nathaniel Clyne and Joe Gomez as the German’s full-back options.