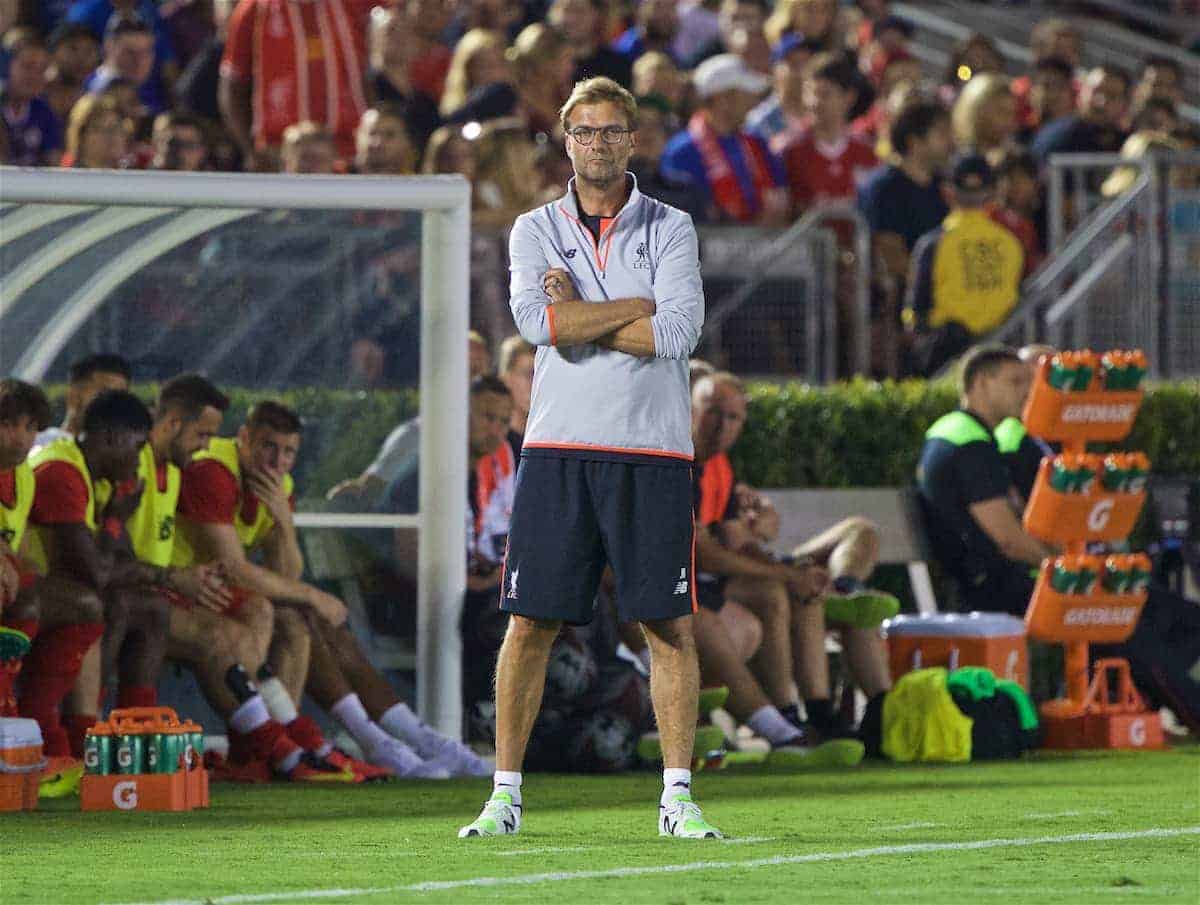 Liverpool lost 1-0 to Chelsea in a pre-season game in California on Wednesday night (Thursday morning UK).

Gary Cahill headed the only goal of the game in the 11th minute, rising above Marko Grujic to head home from a corner. It was the first goal the Reds had conceded, after four cleansheets in the four domestic friendlies before this game.

There were a few tasty challenges, and Cesc Fabregas saw red for a wild challenge on centre-back Ragnar Klavan in the second half. Cahill was fortunate to escape a red for a challenge on Connor Randall in the first half. Played on a very wet pitch and in muggy, hot weather, neither side found their rhythm or impressed in particular.

Liverpool had a decent spell when Philippe Coutinho got involved more, mid-way through the first half, but failed to take their chances or find the killer finish.

It’s only pre-season, and the squad had trained earlier in the day in 100 degree heat – which showed with some heavy touches and heavy legs visible.

With Nathaniel Clyne missing with a slight injury, James Milner played the final half hour at right-back, possibly a position Jurgen Klopp may see him used more this season.

As well as Milner, there was a first action of the pre-season for Jordan Henderson, Sheyi Ojo and Adam Lallana. Lallana replaced Marko Grujic at half-time, with the Serbian struggling after being on the receiving end of another hefty challenge.

Liverpool play AC Milan in Santa Clara on Saturday night / Sunday morning on the next game on their US tour.